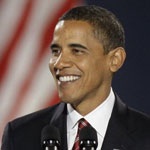 The Obama administration has called for the creation of a Privacy Policy Office to assist in developing an Internet "privacy bill of rights." The U.S. Commerce Department's report stopped short of asking directly for privacy legislation. But it is recommending a "framework" to protect people from data collectors.

Just the name of this new office, "Privacy Policy Office," should be enough to scare any future-thinking marketer half to death. And sadly, there is no reason to be optimistic about what this office might recommend or how the Leadership will respond.

After all, under what circumstances would you think it was OK to be watched? The answer for everyone is going to be, "There are NO circumstances where I would be willing to be watched." And, if there is a circumstance under which you might agree to be watched, the data collected from whatever behaviors you exhibit will be useless — because people behave differently when they know they are being watched.

And that's just speaking about real-time/online data. If you were asked, you probably would not agree to have your financial or medical data collected and aggregated. When a credit-reporting agency creates a profile based upon your bill-paying habits, it is really of no benefit to you. You might argue that "good" citizens could be separated from "bad" citizens if such data were to be analyzed … but the reality is that any minor mistake with the handling of that data will almost always inure to your detriment. So why allow it to be used at all. Your data is yours … it is much easier just to say, "no thank you … I prefer my privacy, please."

Now, the data that online advertising and marketing folks like to aggregate and analyze are data that illustrate how you behave and interact with your connected world: what you watch, what you click, what you don't click, where you are, who or what you are near, etc. If asked, who, in their right mind, would agree to be watched? I wouldn't. And, I know it's perfectly safe … or is it?

Cisco's Retriever software sits inside of every Scientific Atlanta and Cisco set-top box in the United States. It knows exactly what channel the box is tuned to and for how long. Yes, Cisco (more accurately, your cable television provider) "knows" exactly what you watch. They know it in a way that Nielsen Media Research never will. They know what "you" personally watch. Not people like you, not households, not demographics … you!

If you are watching adult movies on Cinemax at 2:00am as opposed to Ice Road Truckers or something on NatGeo … they know. If you have pix-in-pix going with Showtime and Science Channel at the same time … they know.

If you click on an American Express ad on a Turner non-news site, like NASCAR.com and then visit another Turner site like PGA.com, they will show you a follow-up ad. Why? Because … they know.

If you send a Gmail to a friend about fly fishing, then search a few sites on the same subject … they really know!

Who are "they?" At the moment, "they" are a bunch of extremely large log files with aggregated data of millions and millions of users that are parsed by software attempting to figure out how to serve you the most relevant advertising and content. This actually does have a benefit for you and for the businesses that are aggregating the data. You get computer help sorting out the overwhelming amount of information that is available in the Information Age and the businesses get computer help sorting out how to allocate their advertising dollars.

Additionally, you get the benefit of seeing the kind of content that you are most likely to enjoy.

The Administration, the Leadership and every ambitious politician will tell you that all of this comes at a terrible cost. Although, no one can give even one concrete example of how using data to drive relevant content to a consumer has ever hurt anyone in any way. But, why confuse this issue with facts. It's much easier to spread FUD (Fear, Uncertainty and Doubt)!

If you truly spy on people, you will get accurate data. After all, if you don't know you are being watched, you just do life as it actually happens. On the other hand, if you tell people that they are being "watched," which is not exactly accurate, but is a great shorthand way to scare the hell out of everyone — they will "act" for whoever is watching. This renders the data all but useless.

"They." Who ever "they" are? "Watched." I wonder who is "watching?" These are terribly scary, unfortunate terms that everyone is going to interpret as evil.

The war on data-driven creative and advertising has started. Because this is a complex issue, it is being thrown into the same bucket with the data collectors who want to inform insurance companies that you have a genetic defect and should render you uninsureable.

Because this issue is so complex and, because privacy is such an emotional subject, there is a real danger that the data needs of the advertising and marketing industry will get caught in the crossfire. In fact, there is a real possibility that it will become a target in-and-of itself.

This is a real emergency! It is time for the advertising and marketing business to start to advertise and market itself. The brand brief is simple: Make data-driven content acceptable to the American people and make the politicians look stupid for trying to scare everyone about Big Brother when they should be concentrating on securing our actual privacy. If we don't get this one right, the data-driven advertising business probably has less than a year to live. Let's get it right!

Home > Latest > Articles > Government Plan Could Destroy Advertising, Marketing, the Internet and All Other Forms of Digital Life