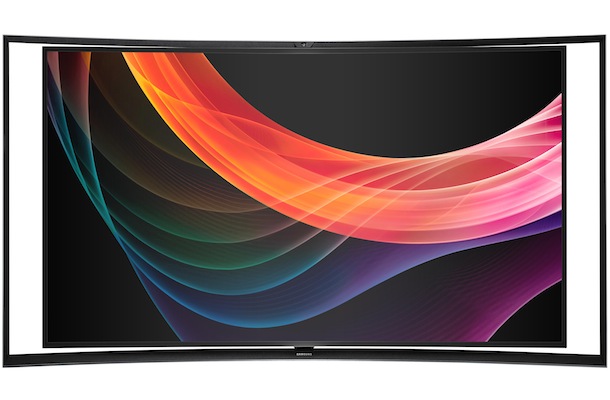 Samsung claims the Curved OLED TV produces bright, awe-inspiring images, delivering breathtaking picture quality for a cinematic and natural viewing experience. The TV boasts response times that are exponentially faster than conventional TVs, virtually eliminating motion blur and crosstalk. The self-emitting RGB sub-pixels are laid directly on the color display panel, so no color filter is required. Without the need for backlighting, the Samsung Curved OLED TV displays pictures with absolute blacks at a contrast ratio never before seen on conventional TVs. The KN55S9C provides the ultimate in picture quality with rich colors and clear images that are beyond comparison. 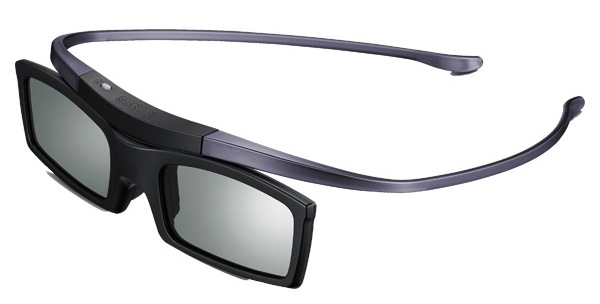 With Samsung’s MultiView feature, it’s like having two TVs in one. For the first time, two people can simultaneously watch completely different full-screen Full-HD content, even in 3D, on the same display, with corresponding audio and controls. The innovative MultiView feature is enabled by Samsung’s 3D Active glasses, which come with built-in personal speakers providing crisp, full stereo sound. Samsung makes it seamless for viewers to switch between the two sources with the touch of a button, without changing glasses.

Samsung’s Curved OLED TV also incorporates the latest Samsung Smart TV features like the new Smart Hub interface, which organizes entertainment and content into five convenient panels: On TV, Movies and TV Shows, Social, Apps as well as Photos, Videos and Music. The built-in S Recommendation feature helps customers discover something new to watch, now or next time. All models will be Evolutionary TVs allowing consumers to easily update hardware and software via an Evolution Kit so that they can stay up-to-date with the latest Samsung innovations.

The Curved OLED TV is inspired by a ‘Timeless Arena’ in which the display is placed within a luxurious frame whose curved shape emulates the curvature of an arena. The premium metallic frame adds a touch of style and sophistication to any setting. The ‘Timeless Arena’ design provides a floating canvas for OLED’s true-to-life colors and absolute blacks. A single cable for all connections reduces clutter and completes the minimalistic design with a “Clean Back” finish.

Price and Availability
The Samsung KN55S9C 55-inch Curved OLED TV is now shipping to specialty retailers nationwide and will be available for $8,999.99.

Reviewed.com7 years ago
You Are Here