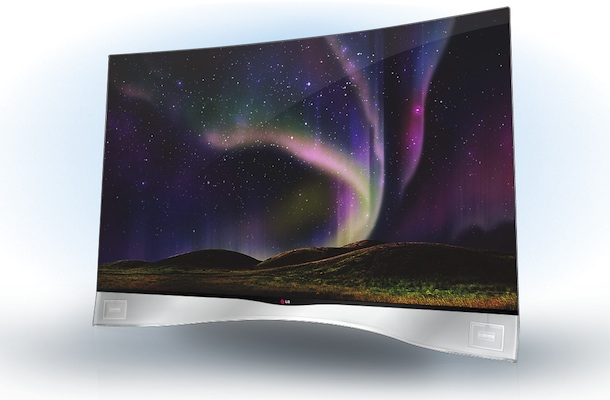 LG just released their first OLED TV in the U.S. for a whopping $15,000. The curved 55-inch, THX Display Certified, 55EA9800 OLED HDTV is the first of its kind in the U.S. At only 0.17 inches (4.3 millimeters) thin at the edge of the screen and weighing less than 38 pounds (17.2 kilograms), the new OLED TV produces astoundingly vivid and realistic images thanks to LG’s proprietary WRGB technology. The unique WRGB four-color pixel system features a white sub-pixel that works in conjunction with conventional red, green and blue pixels to create the perfect color output. LG’s exclusive Color Refiner delivers even greater tonal enhancement, resulting in images that are more vibrant and natural than anything seen before.

The LG 55EA9800 passed more than 600 THX laboratory tests to ensure it delivers the picture quality of a professional post production display, and is the first OLED TV to receive THX Display Certification. In addition, three international testing and certification bodies, TUV Rheinland, Intertek and VDE, have recognized the LG CURVED OLED TV for its superb picture quality. 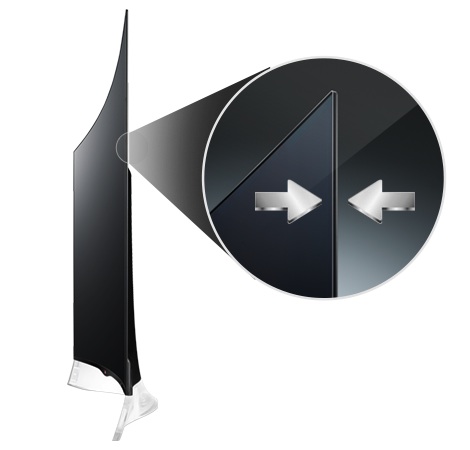 OLED TV technology from LG Electronics delivers an infinite contrast ratio for optimal contrast levels regardless of ambient brightness or viewing angle. With its gently curved screen, the new LG CURVED OLED TV represents a unique design statement for discerning high-end consumers. This represents the first major design change in the industry since the widespread introduction of flat-panel TVs to the consumer marketplace more than a decade ago. With more than five years of research behind developing the optimal curvature, the LG CURVED OLED TV delivers an IMAX-like viewing experience in the home.

“The OLED TV experience is one that must absolutely be seen to be believed,” said Jay Vandenbree, senior vice president, LG Electronics USA, and head of LG’s U.S. home entertainment business. “The next-generation display technology and the ground-breaking ultra-thin curved design in the LG CURVED OLED TV results in an experience that is destined to be the benchmark for home viewing and TV design going forward. There’s no better evidence that with LG, it’s all possible.”

The U.S. launch solidifies LG’s early lead in the OLED TV race. Global demand for OLED TV is expected to grow to more than 7 million units by 2016, according to DisplaySearch. LG is the first company to commercialize both the flat screen OLED TV, which has been sold to consumers in Korea since January, and the innovative new CURVED OLED TV, which began sales in Korea in April.