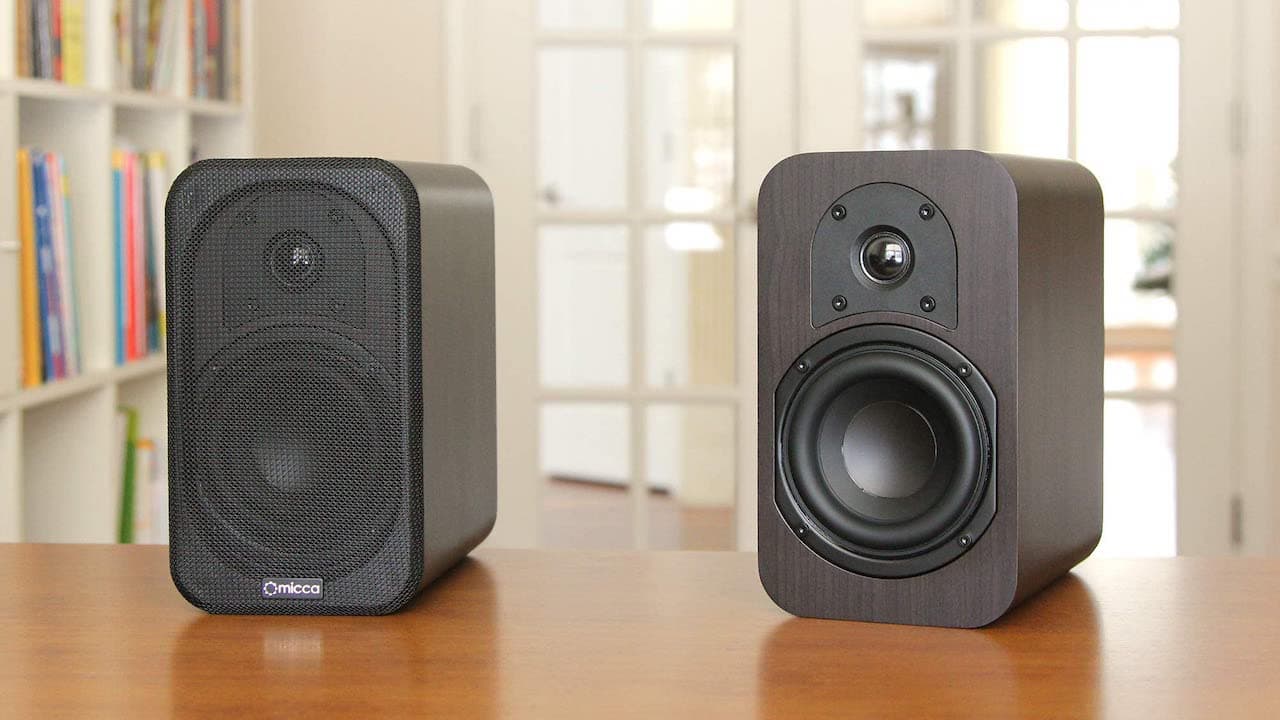 Bookshelf loudspeakers are all the rage right now as consumers shift away from multi-box stereo systems and large floor-standing loudspeakers, and within that broad category there is a lot competition in the sub-$300 segment that is generating a lot of attention. The trickle-down effect is in full swing as brands such as Paradigm, PSB, Wharfedale, ELAC, and Polk Audio have introduced very inexpensive, yet high performance loudspeakers that have redefined what you can purchase at entry-level prices. You can add the Micca RB42 Reference speakers to that list.

Decades of research and development, in-house driver manufacturing, and overseas assembly have made it financially viable for some of these brands to offer products that compete with more expensive products and still turn a profit; the higher volume of sales making that possible.

It is no industry secret that some of the most popular loudspeakers in the world are made or assembled in China.

You name it and it’s probably manufactured in China. Some people look at that and the Chinese government’s repulsive treatment of the Uyghurs and decide to spend their money elsewhere.

Most people ignore it because it’s not the fault of the audio companies manufacturing in China who have zero control over the actions of the CCP and who wants to pay a lot more money for a product manufactured domestically.

If any of these loudspeakers were manufactured in Israel, I can assure you that the armchair warriors would start a #BDS campaign against them. The level of hypocrisy online is astounding but everyone has to live with their own conscience and self-righteous chest-beating.

Everyone is a justice warrior until it affects them where it counts the most — in their wallet.

So what about Chinese loudspeakers? How many Chinese designed loudspeakers can you find at your local Best Buy? The answer is none.

Asia has a rich and distinguished history of creating some of the world’s best sounding audio components so it should surprise no one that an upstart brand like Micca Electronics is having a very difficult time keeping its products in stock. The Micca RB42 Reference bookshelf loudspeakers are the real deal.

To say that the Micca RB42 Reference do not sound like $149 loudspeakers would be an understatement, but what does that really mean? After some substantial burn-in, it becomes rather evident that these diminutive 2-way loudspeakers (8.7” H x 4.9” W x 7.9” D) are extremely capable if paired with the right amplifier and some attention is given to their set-up. There is no question that these compete with loudspeaker rivals that are more expensive, but just how far does your budget stretch to get the most out of them.

The construction quality on the RB42 would be impressive if they sold for $400, making one raise an eyebrow considering that they sell for $149. Micca may have cut corners in other places, but the curved ¾” thick MDF cabinet wrapped in a laminate dark wood veneer isn’t one of them. The RB42 are solidly built loudspeakers that look great as well.

The .75-inch silk dome tweeter sounds very smooth with above average top end extension; when driven very hard with less than stellar recordings, the RB42 never exhibited a level of brightness that we would normally associate with entry-level loudspeakers. The midrange resolution is outstanding; the absence of obvious colorations made vocal reproduction one of the best parts of its sonic signature.

If you’re limited to under $200, the RB42 are clearly one of the best sounding bookshelf loudspeakers on the market. They work well on a desktop, credenza, or set-up on a pair of high-quality speaker stands. College students can drive the hell out of them with a suitable amplifier, and they work well in almost every environment.

Let’s not pretend that the Micca RB42 are perfect. Power can be an issue. The RB42 are only 83dB (4-8 ohms) as far as their sensitivity is concerned and they need a lot of power to sound their best. I’ve driven them with a number of different power amplifiers from Schiit Audio, Bluesound, NAD, Cambridge Audio, Audiolab, and Rotel and would suggest that 80-100 watts is a good starting point. The bass response in particular can sound slightly anemic if your amplifier is not up to the task.

I would almost suggest going the vintage route if you can find something from Marantz, Sansui, Adcom, or NAD if they have enough power.

The RB42 image superbly well, recreating a rather deep soundstage, but that only became evident when placed on 24-28-inch loudspeaker stands and pulled 2-3’ from the wall behind them. The rear ported loudspeakers certainly benefit from some boundary reinforcement, but placed too close to the wall, the bass started to overload the corners and lost its solidity.

As much as I love the RB42, they do face some stiff competition from the PSB Alpha P3, Paradigm Monitor SE Atom, and the ELAC Debut 2.0 B5.2. The Monitor SE Atom are more than double the price of the RB42, but they justify the difference based on the sense of scale, and higher levels of resolution and transparency.

The PSB and ELAC have a much harder time in our opinion making that same case; the PSB sound lightweight in the bass department compared to the RB42, and the ELAC can sound somewhat strident when pushed. The silk dome tweeter of the RB42 is more laid back sounding; the overall tonal balance is not as forward sounding which might appeal to listeners over the long haul.

The Micca RB42 Reference speakers sell out online very quickly and we really understand why after spending a few weeks with it. The construction quality is superb for an entry-level loudspeaker below $150, and there is a lot to like about the bass response, midrange resolution, and long-term listenability of the product. Our biggest caveat is the very low sensitivity which required us to use amplification that was 10x the price of the loudspeakers to really hear what they are capable of.

In a small room or office with 40-50 watts, most people won’t think they are missing out on anything but having heard the RB42 play with some of the best affordable high-end amplifiers available, we know better. For under $150, the Micca RB42 are remarkably good.

Most certainly an acquired taste but growing up in Toronto, a regular part of my Sunday dim sum meal. You have to work a bit to get all of the meat out and make sure you don’t choke on all of the any of the small bones — just like the Micca RB42 Reference speakers. A surprisingly full and delicious meal if you pay attention to everything else on the menu. 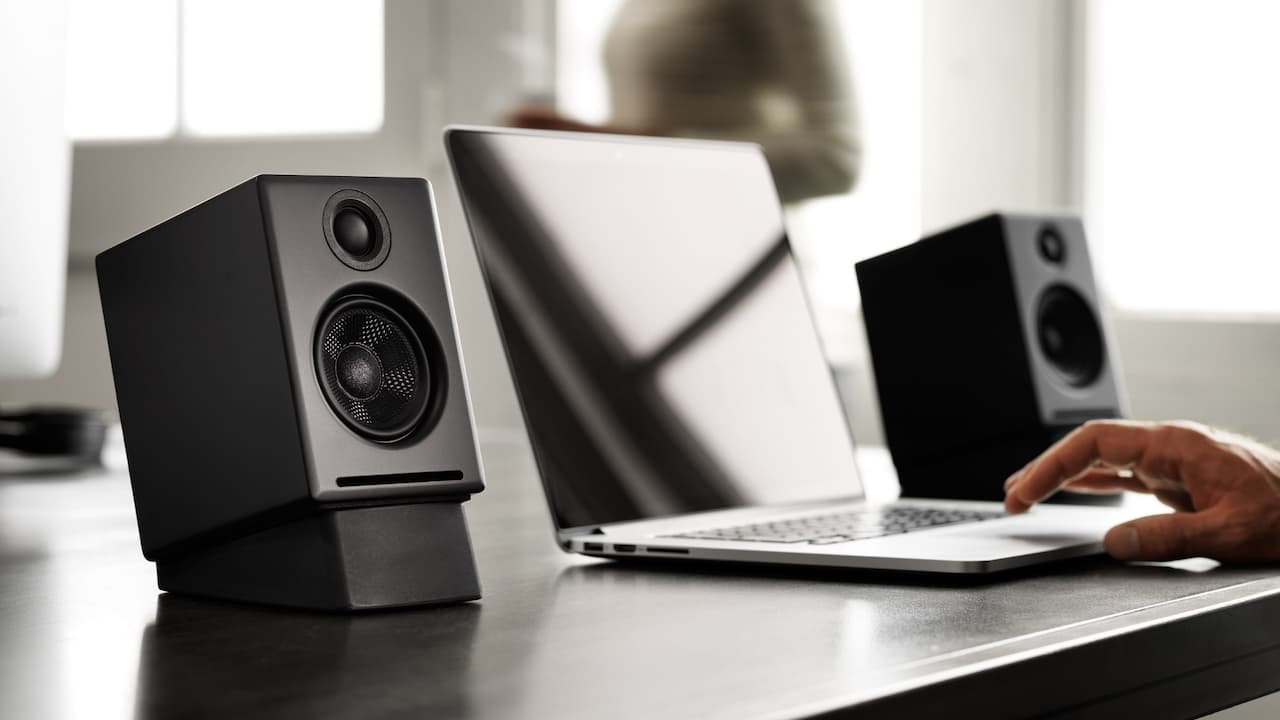 Looking for a major sonic improvement on your desktop? The Audioengine A2+ speakers are both affordable and excellent performers.

Buchardt S400 Loudspeakers Review: A Danish with Your Music?