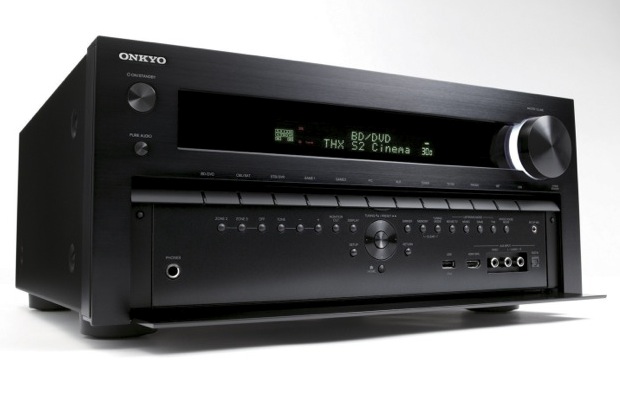 Distortion is all but eliminated by the use of three-stage inverted Darlington circuitry, with power supplied by a massive high-power transformer. Both units feature Burr-Brown 192 kHz/24-bit DACs on all seven channels while the TX-NR818 (top photo) adds PLL jitter-cleaning circuits to further improve signal quality, as well as isolated power amp and pre-amp blocks.

The Dual Core Video Engine combines the power of an HQV Vida VHD 1900 video processor core to generate smooth, accurate 1080p upscaling and enhancement of lower-quality content, with the performance of the Marvel Qdeo processor, which can upscale 1080p content to four times that resolution. Additionally, the TX-NR818's Dual Core Video Engine offers video calibration to ISF standards, so the user can enjoy breathtaking TV color accuracy. On the TX-NR717, the Marvel Qdeo provides upscaling of all sources to 1080p and 4K.

In addition to a vast selection of internet radio channels, and music streaming from Spotify and AUPEO!, users can enjoy their personal cloud-based music collections via MP3tunes with powerful home theater sound. Ethernet connectivity also enables playback of music from PC or media server, and simplifies periodic firmware updates.

With the TX-NR717 and TX-NR818, integrated house-wide entertainment is a reality, with three-room audio distribution via dedicated line-outs, or by allocating surround channel outputs designed for the purpose. Amplification of audio signals is easily switched to either of two zones equipped with stereo speakers. Playback control across multiple rooms–along with access to all major home theater settings–is available from anywhere in the house using the Remote App 2 for iPhone, or Onkyo Remote App for Android phone.

In the coming months, Onkyo will introduce its UBT-1 USB Bluetooth Adapter to significantly upgrade the ability of its network receivers to interact with a wide variety of hand-held electronic devices. There will also be a new iPhone remote control app that will enable music streaming from a handset to an Onkyo network receiver, and also the company's first remote app for the Kindle Fire.

Both receivers include a comprehensive selection of digital and analog A/V connections, and offer front-channel bi-amping. Furthermore, the TX-NR818 boasts an onboard Digital Crossover Processing Network to cancel frequency interference when bi-amping loudspeakers. This model also has 9.2-channel pre-outs if the user wishes to use the receiver as a nine-channel processor.