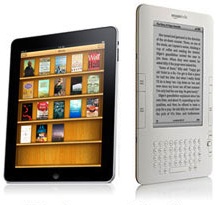 Half of Consumers Plan to Buy an iPad, Kindle, or Similar Device in the Next Three Years

E-readers and tablets — for so long sidelined as niche products for technology geeks — are set to become wildly popular and successful consumer devices, according to a survey of nearly 13,000 consumers in 14 countries, including China, India, Germany, the United Kingdom, and the United States.

If this happens, e-readers and tablets could become established consumer products, alongside TVs, PCs, and mobile handsets such as the BlackBerry and iPhone. They could also inject fresh hope into the publishing industry, which is struggling to generate online revenues.

"The survey suggests that e-readers and tablets are not a niche product for early adopters but could become the MP3 players of this decade. Grandmothers will soon be carrying them around," says John Rose, the global leader of BCG's Media practice.

E-readers, short for electronic book readers, have been around for several years but gained critical mass in late 2007, when Amazon introduced the Kindle. In March, Apple countered with the iPad tablet, which is able to perform many tasks besides reading, such as Web browsing, video viewing, photo sharing, and e-mail.

Consumers clearly want to do more than just read with these devices, according to the survey. Globally, 66 percent of respondents would prefer to buy a multipurpose device, whereas only 24 percent prefer a single-function device, such as the Kindle. The remainder said they were undecided.

However, mass acceptance of e-readers and tablets is not guaranteed unless prices drop dramatically. In the United States, consumers are only willing to spend up to $200 for a multipurpose device, far below the $499 entry price of the iPad.

Consumers also expressed a strong desire for freedom of choice when purchasing content, rather than being locked into a single source, such as the iTunes store. More than 80 percent of consumers interested in purchasing an e-reader or tablet said they would buy more content if multiple retailers were available.

The survey offers guarded good news for content providers. They have been looking to e-readers and tablets as a potential new revenue source to compensate for the loss of business from traditional products. In the United States, consumers are willing to pay $2 to $4 for a single issue of an online magazine, comparable to the cost of the print version, and $5 to $10 for a monthly online newspaper subscription. While this is less than the cost of a print subscription, the digital version is cheaper to produce. Consumers are willing to pay only $5 to $10 for digital books, however, below the price that book publishers are targeting.

The survey found that more than 90 percent of those interested in purchasing an e-reader over the next three years would use it for e-books, and over 80 percent would use it to read the online versions of magazines and newspapers.

About the Survey Methodology
The survey was conducted via the Web in March. A total of 12,717 respondents participated from 14 countries: Australia, Austria, China, Finland, France, Germany, India, Italy, Japan, Norway, South Korea, Spain, the United Kingdom, and the United States. There were at least 950 respondents from each country, except for the following: Austria (697), China (813), Finland (696), and Norway (697). Respondents were equally divided between men and women. Respondents were located throughout their respective countries, except for those from Australia, China, India, and South Korea, where there was a bias toward metropolitan areas. All respondents were Web users and readers of print books, magazines, or newspapers.