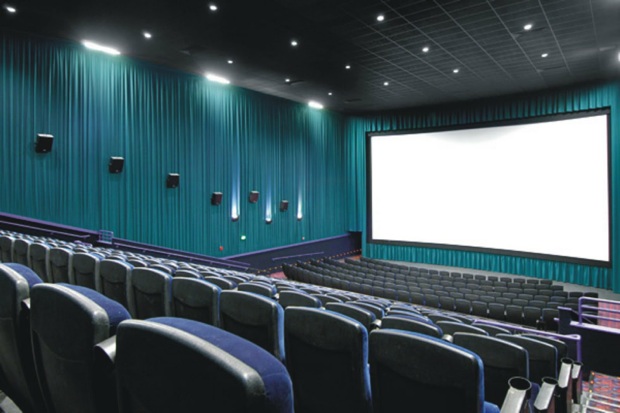 In the way both systems work, the goals of each are essentially identical–to provide a big stereo soundstage at the front, with a dedicated center channel speaker in the middle that anchors the actors' dialogue at the movie screen or video display, and at least two or more surround speakers at the sides of the theater (or your room at home), with the option of two additional surrounds on the back wall. In both systems, an almighty subwoofer or two deliver the deep bass sounds of music and movie special effects.

Both systems use a total of 6 to 8 separate speakers, including one subwoofer, to envelop you, the viewer, into the video and sonic presentation.

Movie surround sound has its early beginnings way back in the 1950s, first introduced when Hollywood thought that the advent of television was going to kill the attendance for feature films.

Surround sound in the home really came into its own over the last two decades with the advances of Ray Dolby and digital encoding and processing of movie sound.

Movie theaters are compelled to use big horn-loaded speakers in order to fill large movie theaters with powerful sound without having to use huge amplifiers (for the same reasons, horn speakers are also used for stadium and outdoor concerts). As such, horns will do the job, but there is a cost in fidelity and natural sound quality. Horns tend to make many sounds a bit aggressive and screechy at times, especially instrumental sounds.

Home surround sound doesn't need to use horn speakers because the rooms are way smaller, so speakers that are more natural-sounding can be used instead.

The technical systems most commonly used to process movie sound in homes and cinemas are essentially the same as well; just about everyone knows the phrase "Dolby Surround" or "Dolby Digital"; fewer know "dts" but both those soundtracks are commonly used on DVDs and Blu-ray discs. And Dolby Digital is the standard for all Hi Def TV broadcasting (HDTV) and programs produced for broadcast. (Sony, incidentally, developed its own proprietary digital surround process for Sony movie theaters called "SDDS", but it never marketed it for home surround sound equipment.)

While perforated projection screens are sold for home surround sound (perforated to let the sound pass through), there are certain image losses and audio compromises with a perforated screen at home, so few are used.

In most home surround sound installations, the center channel speaker is positioned below or above the video display or screen. And at home, two multi-directional surround speakers on each side wall and two at the rear are sufficient for all but the largest home theaters. As you may have noticed, most movie theaters use a row of at least four speakers on each side wall, and two on the rear wall for a total of 10 surround speakers. Those are usually conventional forward-radiating speakers, whereas the best home installations use a bipolar or quadpolar surround speaker. That's because the reverb times in a large cinema are longer and result in a "wash" of surround sound enveloping the audience. At home, our rooms are comparatively small, with short delay times, so a surround speaker that "sprays" the surround information to all the reflecting surfaces in the room is more effective in creating the desirable mix of direct and reverberant reflections that heighten the realism of home surround sound.

Related Articles by Alan Lofft:
Dynamic Range in Home Theater vs. Cinema
Home Theater Building: Save or Splurge?
Do You Need Two Subwoofers?