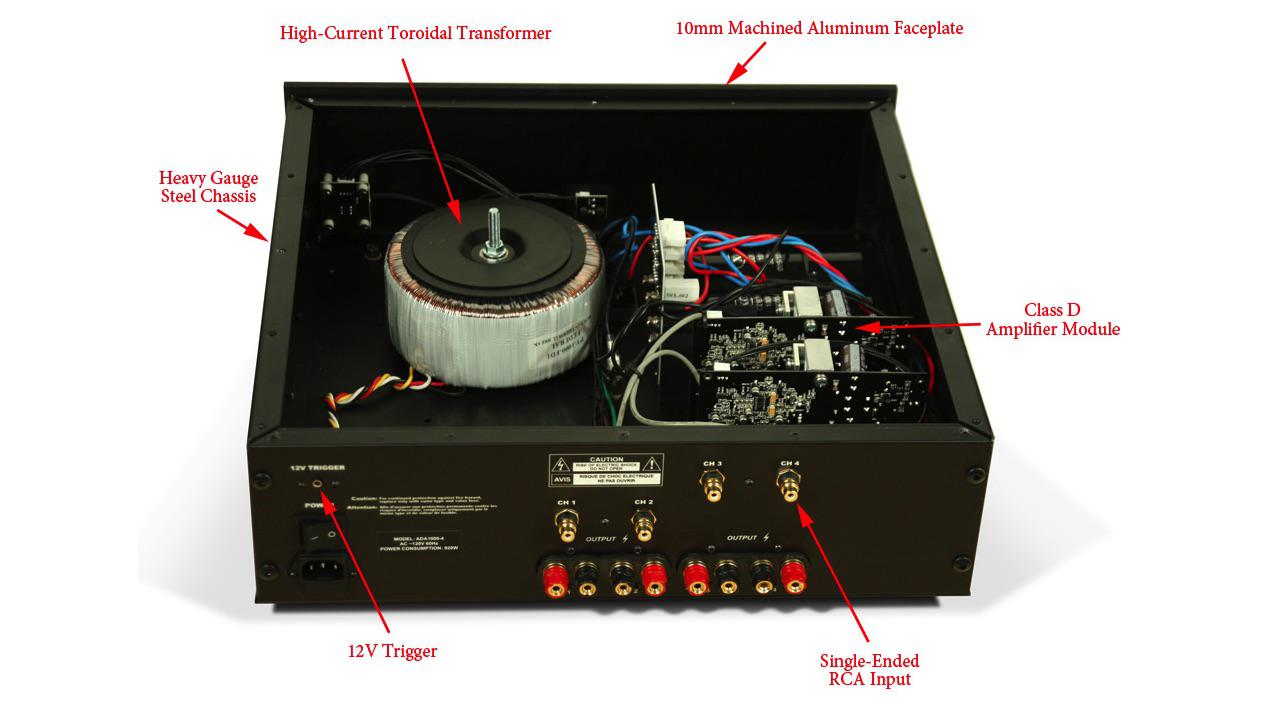 As audio/video hobbyists, most of us grew up thinking that if we have an amplifier with 50 watts of rated output power into 8-ohm speakers, and that combination produces reasonably clean and loud music, then by doubling the amplifier power to 100 watts per channel, the system would then play twice as loud. Many readers likely still believe that. Not so.

Although it’s not the easiest thing to comprehend, doubling the amplifier power does not double the loudness. In the above example, the sound from the speakers would not be “twice as loud”; it would only be “a little louder,” an increase of 3 decibels. How loud is that? Hearing tests with large groups of people have revealed that a one-decibel (1 dB) change in loudness is approximately the smallest audible step that the average listener can detect, so an increase of 3 dB most listeners term “slightly louder.”

So why doesn’t that 100-watt amplifier always sound twice as loud? Because the acoustic decibel–the decibel (dB) being the unit of measurement used worldwide to quantify the acoustic loudness of sound–has a peculiar relationship to amplifier power output measured in electrical watts. That relationship is called “logarithmic.” If that word gives you an instant headache (nightmares of high-school math), then here’s a simpler explanation:

Incidentally, if you’d like a kind of immortality, be terribly clever and work out a system of measurement. It may be named after you. The “decibel,” one tenth of a bel and named for Alexander Graham Bell, recognizes his contributions to the understanding of sound. Likewise, we have to thank James Watt, Georg Simon Ohm, and Heinrich Hertz for their contributions to the industry. And then there’s the Lofft, a measurement of neighbors’ tolerance to testing new speaker systems . . .

So far, so good. But what if it’s party time, and you’re listening to music “very loud,” a level defined as about 90 dB Sound Pressure Level (SPL), and your speakers are gobbling up swings of 15 to 20 watts per channel on those musical peaks.

Drink in hand, you advance to the volume control on your receiver thinking, “I’ll just crank this up to make the music twice as loud,” and you turn up the volume control until there’s a 10 dB increase in the sound level. Now your party-time goal of “twice as loud” will make huge electrical demands on your nice little multi-channel receiver or power amp. The receiver must deliver ten times as much power to double the subjective loudness. Between 6 dB and 10 dB is double the volume level, where 6 dB is four times the power and 10 dB is 10 times the power. In the aforementioned example, the amp must produce 150 to 200 watts per channel for those peaks in loudness. Therefore, every 10-dB increase in acoustic loudness–from 80 dB to 90 dB, or 90 dB to 100 dB–requires ten times as much electrical power in watts.

That’s all very well if you have a monster amplifier or multi-channel A/V receiver with huge reserves of power output (most of us don’t). If not, watch out. Your receiver or amp may “clip” or distort (or both), which will put a clamp on the output of the amp. When you push your amplifier into overload or “clipping,” several things may happen. First, the top and bottom of the waveforms (representing the audio signals) are clipped off, generating distortion. Next, the amplifier’s protection circuits are activated, removing those portions of the signal that are causing the overload, generating distortion. And finally, the amplifier’s power supply may fluctuate according to the demands of the music signals.

Not everyone is affected by this scenario, of course. Some people (increasingly few, it seems) don’t listen to loud music. They like background levels, and with average speakers, background levels demand 1 watt or less of amplifier power. Or they may have very efficient speakers (Klipsch, Cerwin-Vega, Tannoy, and the like) that will play extremely loud using modest amplifiers, the trade-off being a very large degradation in tonal accuracy, a definite harshness, and a complete loss of off-axis performance that accompanies horn-loaded designs. But in many situations, speakers will be damaged and distorted sound will offend many ears.

No discussion of decibels, acoustic loudness, and electrical watts is complete without an explanation of loudspeaker “sensitivity.” (Another way to define a speaker’s sensitivity is to look at how efficiently the speaker converts electrical power, in watts, to acoustic sound output in decibels.) Let it be said in a general way that speakers are not very efficient or sensitive devices. They need a lot of electrical power input to produce relatively little acoustic output. Nevertheless, speakers do vary quite a bit in sensitivity.

To determine a speaker’s sensitivity, we feed the speaker with 1 watt of amplifier power, using a test signal of pink noise, and measure in decibels how loud the sound is at a distance of 1 meter (about 3 feet). A lot of domestic hi-fi speakers measure in at about 89 or 90 dB SPL at 1 meter. Larger speakers, with bigger woofers and more drivers, typically produce greater acoustic output; smaller bookshelf models have to work harder, and their output is typically less, often between 86 and 88 dB SPL at 1 meter.

Placing the speaker in a room helps (the walls, ceiling, and floor reflect and reinforce the speaker’s sound), adding about 4 dB to its output. For example, a speaker like Axiom’s M80ti has a measured sensitivity in an anechoic chamber of 91 dB SPL at 1 watt at 1 meter. But putting the M80ti in a room raises its sensitivity rating to 95 dB SPL at 1 watt, 1 meter. A 95-dB sound level happens to be “very loud,” as most of us would subjectively describe it. And it is–from 3 feet (1 meter) in front of the speaker. But let’s move our listening seat back twice as far, to 6 feet. Guess what happens? We instinctively know that sound gets weaker as the distance from the source is increased, but by how much? A formula called the “inverse square law” tells us that when the distance from the source is doubled, the sound pressure weakens by 6 dB. Among sound engineers, there’s a common saying: “6 dB per distance double.” So at a 6-ft. distance, the M80ti is now producing 89 dB. Now let’s double that distance again to 12 feet, a fairly common listening distance. The speaker now produces 83 dB, which isn’t all that loud at all. And if you sat 24 feet away, a not uncommon distance in big rooms, the speaker would produce 77 dB SPL.

But what about stereo, I hear you shout. Here’s another oddity of loudness and the decibel. When one speaker is producing a level of 90 dB, adding a second speaker playing at the same level only increases the overall loudness by 3 dB! (The loudness does not double!). So the two speakers in stereo produce a loudness level of 93 dB.

So adding a second M80ti will raise the loudness at 12 feet from 83 dB to 86 dB. And don’t forget we’re still using 1 watt of amplifier power output into Axiom’s most sensitive speaker. But how loud are real-life instruments, orchestras and rock bands? Now, while 86 dB SPL is “fairly loud,” it’s not nearly as loud as what you might hear from a good seat at an actual rock concert or from an orchestra or pianist in a concert hall. A solo grand piano can reach peak levels of 109 dB SPL, a full orchestra and chorus in a concert hall will measure 106 dB, and a rock group, 120 dB SPL. Now let’s try and get our peak speaker sound levels to 96 dB, “twice as loud” as our 86-dB listening level. That isn’t that difficult because right now we’re only using 1 watt per channel to drive the M80ti’s to 86 dB. So we’ll need ten times as much power, or 10 watts, to reach 96 dB. Big deal. We’ve got lots more.

From all this you can see the huge power requirements inherent in reproducing real-life acoustic sound levels in average or big rooms. The M80ti’s are tested to levels of 1,200 watts of input power so they come very close. But the truth is that if we are seeking real-life acoustic sound levels in our listening rooms, there’s a very persuasive argument for very large, powerful amplifiers. And if your speakers are less sensitive (and many are), then the power demands rise even more dramatically. Sizeable rooms and greater listening distances will also increase power demands tremendously.

And what many of us don’t realize until we hear it, is that clean undistorted loud sound often does not sound that “loud” The key here is that in most or our home listening, there are small amounts of distortion caused by a lack of dynamic headroom (but more on that next month). It’s the distortion that makes it sound “loud” in a domestic setting. To remove those distortions and increase dynamic headroom relates to even more power. We’ve become accustomed to accepting some distortion with our reproduced music, because all amplifier’s distortion ratings gradually increase as they approach their output limits or slightly clip the audio signals. When that happens, we turn down the volume, because distortion starts to intrude on our listening pleasure, and it sounds “too loud.”

The lesson in all this is that you can never have too much power, and that big amplifiers rarely damage speakers. Little amplifiers driven into clipping burn out speakers. In the scheme of high fidelity, that last barrier to realism is having enough power and being able to approximate real-life loudness levels.