According to the study, 80 percent of shoppers would use retailer apps more often while shopping in a store if those apps delivered sales and promotion alerts. 62 percent said they would increase their use of use retailer mobile apps in the store if the apps provided content that was more relevant to their interests and location. When shopping in-store, almost twice as many shoppers prefer to learn about products and promotions from their smartphone than from a store sales associate (65 percent versus 38 percent).

“Our research shows that consumers are eager to receive relevant content and offers on their smartphones while shopping in-stores and they are willing to disclose their location in return,” said Hilmi Ozguc, founder and CEO of Swirl.

Methodology
Swirl commissioned independent research firm ResearchNow to study the mobile and shopping preferences of 1,000 consumers in November 2013. The margin of error for this study is +/- 3 percent. View the complete infographic below. 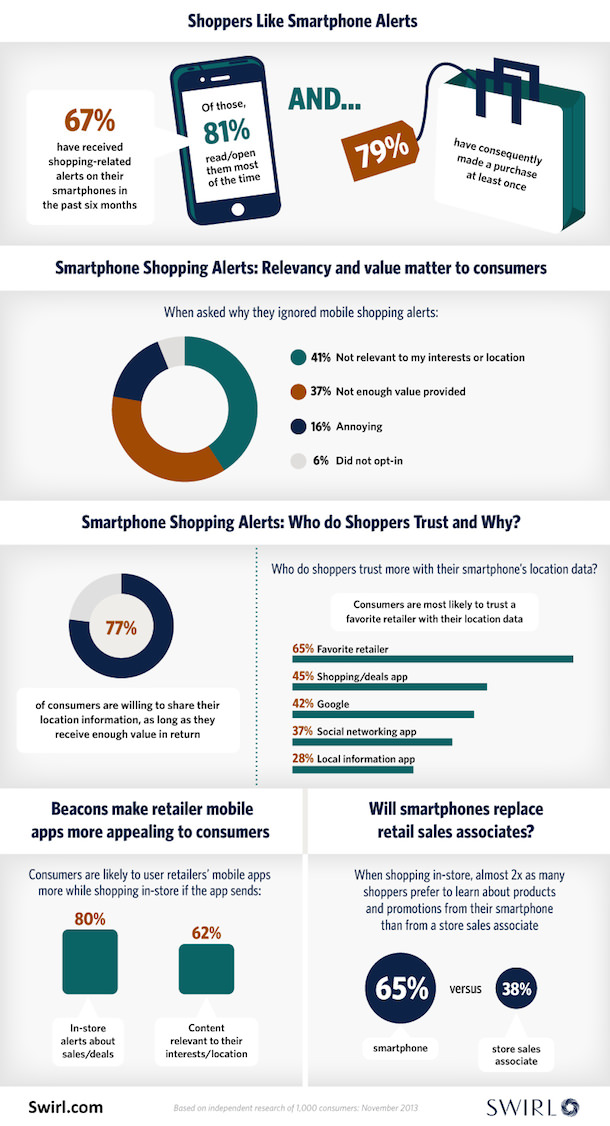