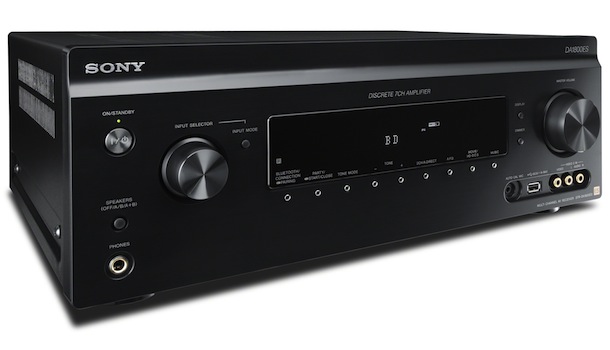 Sony has fully integrated home automation technology, in partnership with Control4, in their latest ES Audio/Video Receivers. The STR-DA5800ES and STR-DA2800ES A/V receivers include automation right out of the box with an easy set-up wizard to create and control a home entertainment system. These receivers come with customizable scenes which can be configured to perform selected tasks, all with a simple push of a button, including powering on your TV and components, changing to the correct inputs, and dimming lights for the perfect theater environment. Moreover, all that functionality can be controlled from Sony’s free Apple iOS and Android ES apps. Additionally, the ES receivers include Control4 Simple Device Discovery Protocol (SDDP), Crestron Connected, and AMX Device Discovery to simplify integration regardless of the home control system.

Additionally, when the new ES receivers are purchased and installed by authorized dealers, fully programmable Control4 automation functionality can be enabled. With these fully Control4-enabled ES receivers, homeowners and their custom integrators can transform a media experience into a personalized home automation experience – including audio, video, lighting, thermostats, energy management, security and mobile access. The ES receivers with full Control4 automation free up rack space, simplify the wiring and installation process, and deliver more value to consumers. 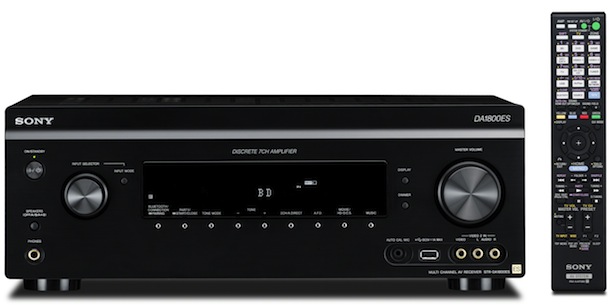 Sony’s Elevated Standard (ES) receivers provide the most technologically advanced performance available, incorporating the latest in industrial design and audio/video engineering, including a pure audio grade block capacitor, custom made by Sony exclusively for the ES line. The ES’ power transformer has the largest core size for this class of AV receiver, and has been separated from the AC line to eliminate residual operational noise. Coupled with the use of lead-free, nearly pure tin solder for connections, the ES line of receivers maintains signal quality, producing strong bass, distinctive high notes and rich indirect sound.

In addition to the STR-DA5800ES and the STR-DA2800ES A/V receivers, Sony will also bring to market a new entry-level ES model without automation features. The STR-DA1800ES features the same elevated standard of build quality and engineering, as well as has built-in WiFi, Bluetooth and AirPlay, with 6 HDMI in, 2HDMI out, and full Zone 2 support via HDMI.