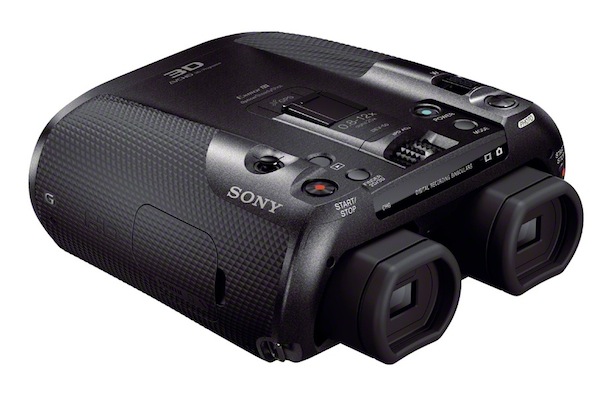 Sony announced its second generation of digital recording binoculars, model DEV-50V, which can record full AVCHD 2.0 video with stereo sound or take 20.4 megapixel still photos at the touch of a button. In addition to observing capabilities, the binoculars feature a wide zoom/magnification range from 0.8x to 25x, auto-focus, image stabilization, and 2D or 3D capture/playback even in low light.

Now 30% lighter than their predecessors, the splash- and dust-resistant binoculars are a faithful travel partner for consumers to watch wildlife, sports action and more in steady, sharply-focused close-up views. Users can select the variable zoom to sweep their surroundings at low magnification before zooming in seamlessly to pinpoint a subject, such as deer in a field. Digital zoom on the DEV-50V model allows a total magnification range from 0.8x up to 25x, rivalling traditional high-powered binoculars. 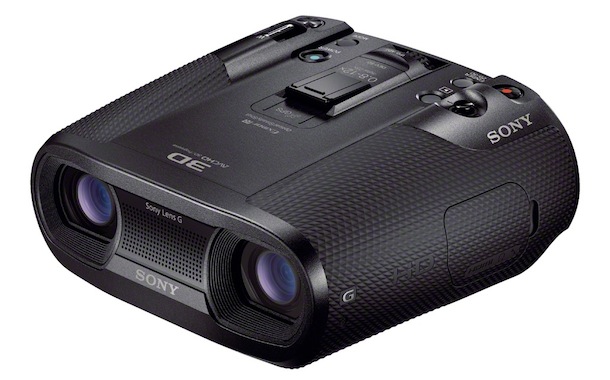 Unlike conventional binoculars, electronic autofocus keeps moving subjects sharply in focus at all times, eliminating the need to focus manually as your scene changes. Electronic autofocus allows the new binoculars to focus quickly and cleanly on subjects far away in high magnification and on subjects less than half an inch away when recording in 2D (minimum of 32 inches when recording in 3D). And with Optical SteadyShot stabilization (Active Mode) on board, images remain balanced and blur-free, even for viewing at high magnifications when image stabilization matters the most.

Separate images for left and right eyes are captured by a matched pair of precision G Lens optics by Sony with “Exmor R” CMOS sensors and powerful BIONZ processors, offering a true stereoscopic view of the world as well as a 3D mode that records scenes in thrilling 3D video for playback on virtually any 3D-compatible TV. The binoculars can be connected via HDMI to a Sony BRAVIA HDTV or any HD television with HDMI input for viewing images (cable sold separately). There’s also a USB connection for transferring video clips to a PC for storing, editing and sharing.

The new binoculars come with a high-capacity rechargeable battery pack (NP-FV70) that allows up to approximately three hours of 2D recording on a single charge. It also includes a battery charger/adaptor, A/V connecting cable and USB cable for PC connection, as well as a lens cover, finder cap, carrying case, neck strap and large eye cups.

Price and Availability
The new DEV-50V digital recordable binoculars from Sony will be available in June 2013 for about $2,000. 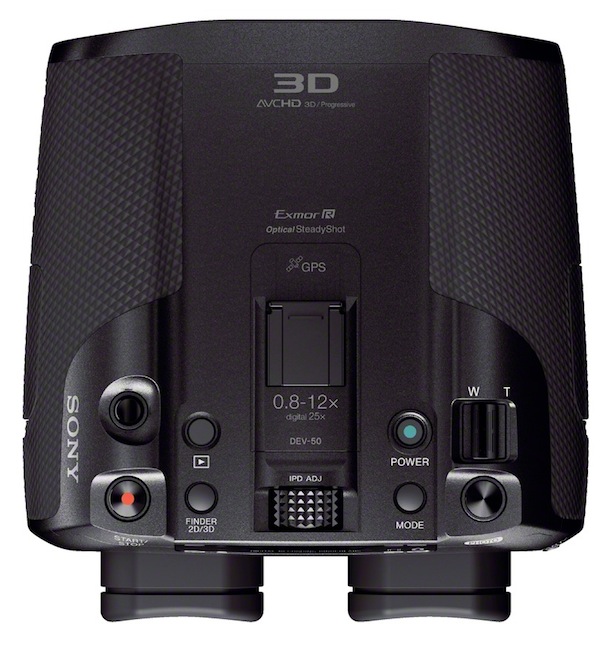