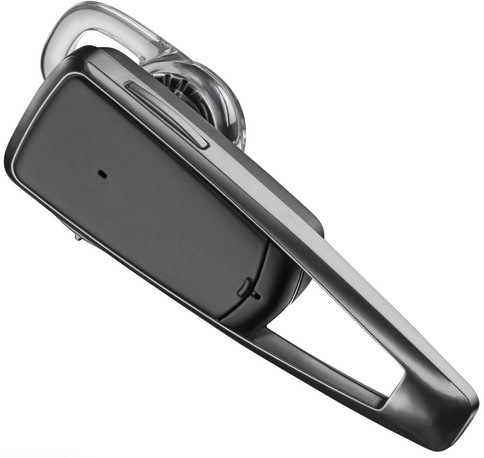 The Plantronics Vocalyst service is free for a full year (a $24.99 value) for Plantronics Savor and Voyager PRO+ customers. Compatible with any phone, users activate Vocalyst with a few simple steps at www.plantronics.com/vocalyst. Android and BlackBerry® smartphone users can also download the Plantronics Vocalyst application at their respective app stores. The apps provide hands-free listening to text messages and custom configurations for added convenience, such as an auto-responder for incoming text messages (“I'm currently driving and will return your message shortly.”). The Vocalyst service's simple voice-driven services are powered by Dial2Do, a pioneer in delivering cloud-based voice services.

Precision Audio Performance
The Plantronics Savor features three microphones that work in harmony to ensure every word is heard clearly during conversations. Two of the three microphones precisely capture the user's voice and simultaneously cancel background noise. The third microphone automatically activates when in extremely noisy situations, helping to overcome the most challenging environments while maximizing battery life.

The three mics work with AudioIQ3, the next generation of Plantronics' AudioIQ® digital signal processing (DSP) technology, to preserve the natural voice — so users don't sound robotic or tinny — and to improve speech accuracy. Plantronics Savor also includes WindSmart® technology to reduce wind noise when taking calls in the car or on a busy street, and its premium speaker and automatic volume adjustments mean that users don't have to put a hand over their ear to hear inbound audio.

Call Bing411 and Stream Podcasts
With a single button press, Plantronics Savor users can access Bing 411 for driving directions, the number of a favorite restaurant, to check on the status of a flight, and much more. The Plantronics Savor includes A2DP technology for streaming music, GPS navigation, podcasts, audio books and more from A2DP-enabled mobile phones, such as the iPhone and Droid. A new feature for iPhone users allows them to monitor headset battery levels with an on-screen battery meter.

Discreet Design and Comfort
The Plantronics Savor has a compact and lightweight design, featuring a stylish boom that ensures a subtle profile, while also maximizing audio performance by allowing for optimal mic placement. It includes soft gel ear tips in three different sizes and an optional ear loop to provide multiple wearing options and a comfortable fit. The Plantronics Savor provides up to four hours of talk time and seven days of standby time.

US Pricing and Availability
The Plantronics Savor M1100 is available now for $99.99 in the U.S.

Europe and Asia Availability
The Plantronics Savor M1100 will be available in Europe in 2011, in Hong Kong beginning in October and broader Asia in 2011 without Vocalyst and Bing411.