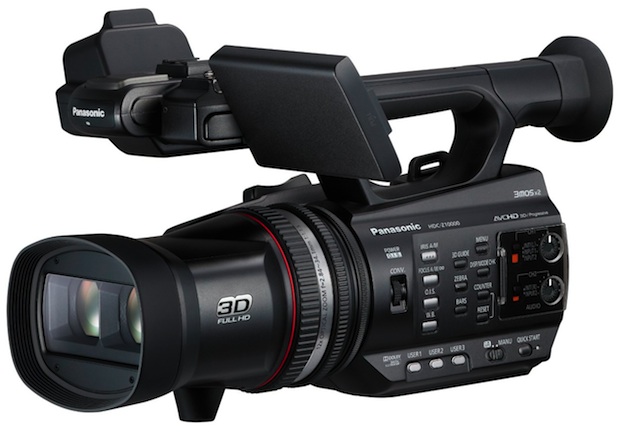 Panasonic announced the HDC-Z10000, its first integrated twin-lens Full HD 3D camcorder that shoots professional-quality 2D/3D videos and is fully compatible with the AVCHD 3D/Progressive standard, which was also recently announced. The HDC-Z10000 builds on Panasonic's 3D innovations, having the closest 3D video macro setting with a twin-lens 3D camcorder at approximately 17.8 inches. With this industry-best macro setting, the Panasonic HDC-Z10000, helps capture 3D video that is typically difficult to do, such as flowers, animals and jewelry.

New to Panasonic's 3D-capable camcorders, the HDC-Z10000 features a 1,152,000-dot, 3.5-inch LCD that appears 3D to the naked eye — no 3D eyewear needed. By using a parallax barrier to control the direction of the light from the LCD, images with slightly different perceptions are viewed by the right and left eyes, thus creating a 3D effect. The user can check 3D images while shooting, without having to connect a monitor. Naturally, the display can also be switched between 2D and 3D. 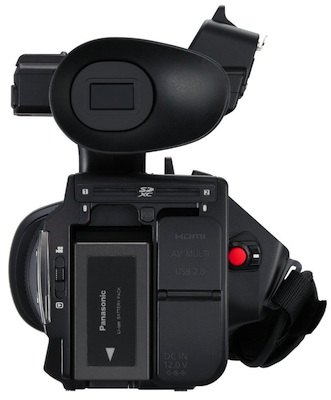 The HDC-Z10000 features new F1.5 lenses that excel when shooting in low light conditions, and allow the user to record bright images with reduced noise. For the first time on a Panasonic camcorder, the lenses feature Nano Surface Coating, which is microstructure film with an ultra-low refractive index on the lens surface, greatly reducing the light reflection and thus reducing ghosting in order to produce crisp, clear image rendering. With a 32mm wide-angle lens, the HDC-Z10000 is extremely versatile and also has a 10x optical zoom while shooting in 3D or 12x optical zoom while shooting in 2D. When shooting in 2D, HYBRID O.I.S. helps to correct handshake that occurs when shooting while zooming or walking, in addition to horizontal, vertical, yawing, and pitching four-axis correction. When shooting in 3D, the system activates POWER O.I.S., which helps to suppress handshake, especially helpful while zooming. 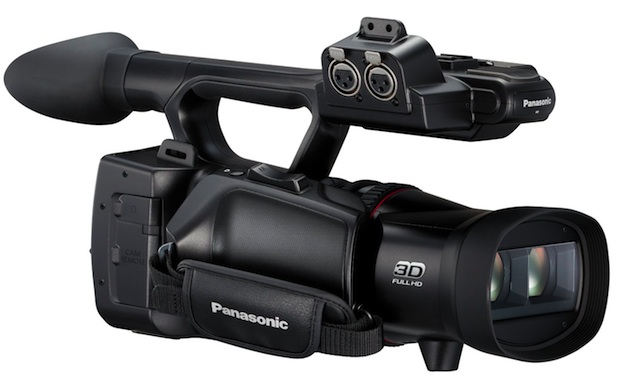 Based on the AVCHD format, which offers high compression and excellent compatibility, this new standard has been upgraded to AVCHD 3D, which uses MVC (Multiview Video Coding) to record and playback 3D images via the Frame Sequential Method, and AVCHD Progressive for progressive formats. The HDC-Z10000 also employs the 1080/60 progressive method to record twice as much image data as the 1080/60 interlace method. Fast-moving subjects, such as in sports scenes, are smoothly recorded. The progressive recording of the HDC-Z10000 fully complies with the new AVCHD Progressive standard. For those looking for control over which recording modes are available, the user can select the preferred recording mode from AVCHD 3D (1080/60i, 1080/24p, and 1080/30p, AVCHD Progressive (1080/60p), and AVCHD (1080/24p, 1080/30p and 1080/60i PH/HA/HE mode). Images shot in the 1080/30p mode are recorded as 1080/60i. 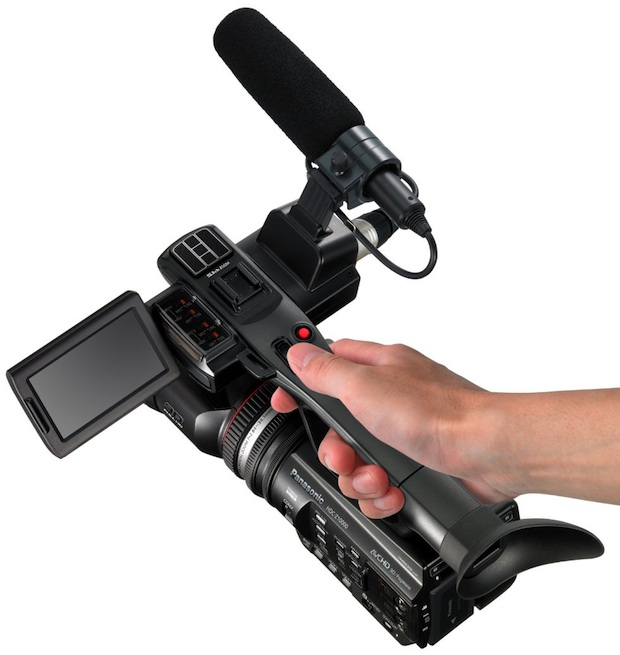 Other features of the Panasonic HDC-Z10000 twin-lens 2D/3D camcorder include:

Price and Availability
The Panasonic HDC-Z10000 will be available in black for $3,499. No word on a release date yet.