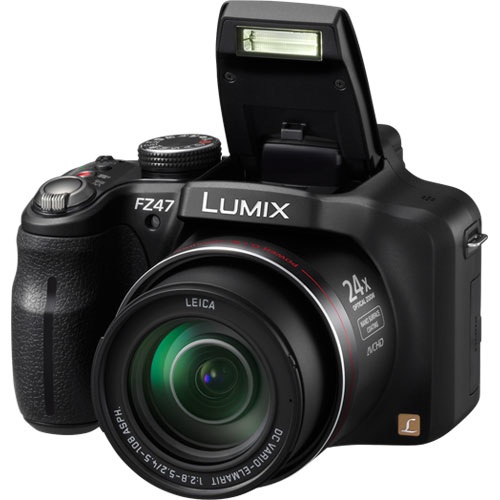 Powered by a 12.1-megapixel Hi-Speed CCD sensor, the LUMIX FZ47 can produce the high-speed, large-capacity signal processing required for 1920 x 1080 full-HD video recording in the AVCHD format, and high-speed continuous shooting. The Venus Engine FHD processor helps create superb image quality in both photo and video recording, while also powering the Intelligent Resolution technology to perform the optimum signal processing. With Intelligent Resolution, the LUMIX FZ47's zoom can be extended 1.3x times to a 32x zoom length. The LUMIX FZ47 can take high-resolution consecutive shots at 3.7 fps in 12.1-megapixel full-resolution and maximum 10 fps at 3-megapixel recording. With Panasonic's Sonic Speed AF (Auto Focus), the LUMIX FZ47 has a quick start-up time, approximately 35% faster than the Panasonic LUMIZ DMC-FZ40, and also has an incredibly fast response time, helping to catch any fast-action photo opportunity. Additionally, the LUMIX FZ47 has fast and accurate AF Tracking.

The LUMIX FZ47's 24x optical zoom optimized for video recording with a mechanism designed to minimize the noise of AF and zooming. The full-HD video capability is complemented with the high-quality stereo sound of Dolby Digital Stereo Creator, to offer extremely realistic audio. And with a Wind Cut function, the LUMIX FZ47 reduces noise from background wind automatically. While shooting video, users can simultaneously take a 3.5-megapixel still photo.

Differentiating itself from most digital cameras that record video, the LUMIX FZ47 is unique in that it features a Creative Video mode, which lets the user set the shutter speed and aperture manually. Changing the shutter speed brings special effects to videos, which is especially suitable for shooting a fast-moving subject. The ability to control the aperture is convenient when there are several subjects at different distances and it is desired to have each of them stand out. 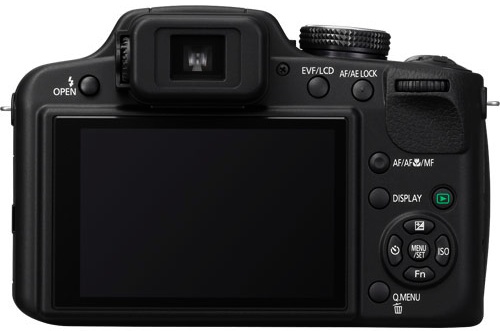 Other features of the Panasonic LUMIX FZ47 include:

Price and Availability
The Panasonic LUMIX DMC-FZ47 will be available in black for $399.99, starting in August 2011. In some countries the FZ47 will be called the FZ48. The new FZ47/FZ48 cameras replace last year's FZ40/FZ45 models.