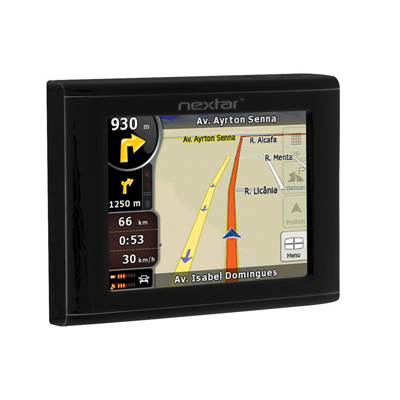 Company to Make Major Push into Selected Central and South American Countries in 2009; New GPS Units to Be Featured at 2009 CES along with Other Advanced Nextar Products

La Verne, CA D Jan. 5, 2009 D Nextar, a designer and marketer of bold and new consumer electronic products with mass appeal, announces it will be adding dedicated GPS navigational units for Argentina (M3-AR), Brazil (M3-BR), and Mexico (updated to the M3-MX1) to its lineup in early 2009. Each model will come with its respective country maps preloaded as well as MP3 playing and JPEG image-viewing capabilities. Nextar will feature the units at the upcoming 2009 CES in booth South 3 31753.

“Building on the success that we have had in Mexico with the original M3-MX in 2008, Nextar is adding the new M3-MX1 for Mexico and expanding its product offering to Argentina and Brazil with new models,’ remarked Eddy Zheng, Nextar founder. “These GPS units are perfect items to introduce our brand in these initial countries, as each has a large driving population, thousands of miles of roads and highways, and heavy tourism trade.’

Each unit includes thousands of points of interest such as local hotels, shopping centers, gas stations, and restaurants. Planning trips, vacations, or cross-town jaunts with any of these Nextar M3 units is easy and fun.

Pricing and Availability
The new Nextar Central and South American navigation systems will be available in Spring 2009 at leading retailers in their respective countries. They all have a SRP of $249.99. The systems are neatly packaged in attention-grabbing full-color boxes.

Features Found in the Nextar M3-AR, M3-BR, and M3-MX1 GPS Navigation Systems:
*Touch-screen display: Provides interfacing capability while map is being viewed
*Built-in stereo speaker: Delivers navigational voice prompts as well as MP3 music in stereo; no extra wires or speaker to remember to connect
*Text-to-Speech Safety: Feature that allows driver to keep eyes on the road while getting directions; clearly pronounces names of streets encountered during drive
*Points of Interest: Name or description of a specific location that user may find useful or interesting; generally indicated by an icon on the map
*Lithium-Ion Battery: Lighter weight, holds charge longer, and does not suffer from memory effect compared to similar batteries; recharging feature assures system stays active
*MP3 playing: Allows driver and/or passengers to listen to favorite MP3 files while in vehicle
*JPEG viewing: View photos and other graphics while in vehicle
*Built in antenna: Ensures reception of signal without running additional wires
*Stylus: Allows user to point more accurately than using a finger to small areas on the display screen

See Nextar at 2009 CES
Nextar will be displaying, demonstrating, and taking orders for a variety of new, exciting products during 2009 CES including: portable navigation units, MP3/MP4 Players, Solar Powered Bluetooth In-Car Speakers Kits and Digital Photo Frames. Dates are Thursday, January 8 through Sunday, January 11. Nextar products can be seen in the South 3 31753 in the Las Vegas Convention Center.

About Nextar
Nextar, headquartered in Southern California, is a global designer and marketer of consumer electronics. From the categories it enters to the products it develops and the manner in which it goes to market, Nextar’s decisions are based on its unique Obold and new’ philosophy. It currently offers products in the following categories: portable personal audio and video; digital photo frames; portable navigation devices; and Bluetooth . In addition to tried-and-true consumer electronic retail outlets, Nextar products also are boldly marketed through non-traditional avenues such as department stores, automotive, mass merchants, food and drug, and do-it-yourself.

Nextar is an affiliate of Tofasco(SM), a rapidly growing company that sells products worldwide in a variety of industries. For further information regarding Nextar, visit its website at www.nextar.com or call toll free 888-849-0846.