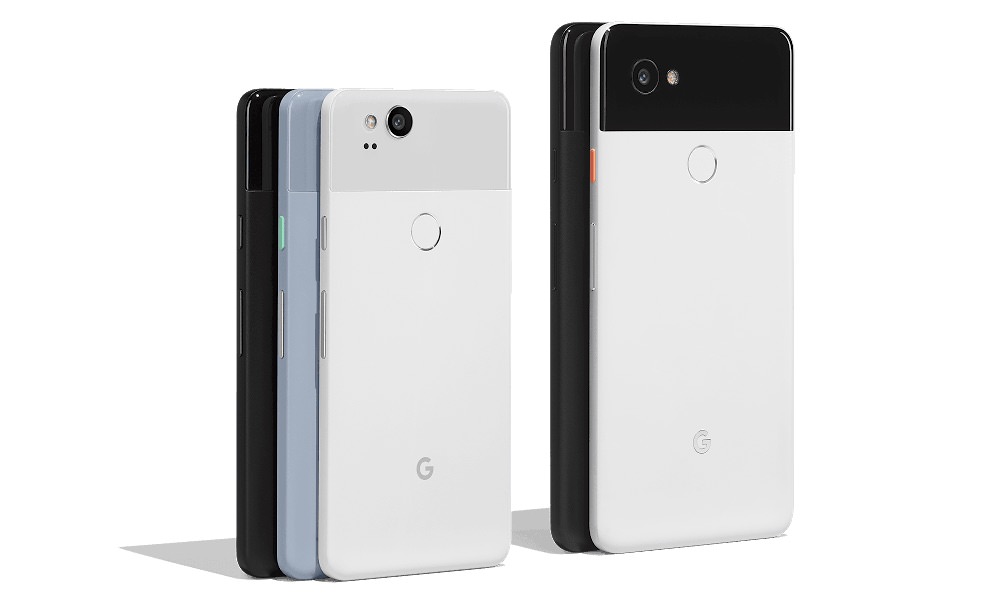 Google just announced two new flagship Android smartphones called the Pixel 2 and Pixel 2 XL priced from $650 to $950. The 5-inch Pixel 2 features an OLED display and the 6-inch Pixel 2 XL uses a pOLED 18:9 display. Functionality wise both phones are the same and are available in 64 GB and 128 GB sizes. As you might expect both replace last year’s Google Pixel.

Standout Pixel 2 features include one of the best cameras at 12.2-megapixels, all-day battery life, water resistant durability, and integration with Google Assistant and Google Lens. For convenience Google provides unlimited cloud storage for all photos and video take with Pixel 2.

Both are powered by Android 8.0 Oreo and come with an always-on display which lets you see notifications at a glance on Pixel’s screen without having to touch the power button. The new Now Playing feature, exclusive to Pixel, shows you what song is playing around you. With your permission it matches music to a database of thousands of songs that’s stored on your device, without sending any information to Google. 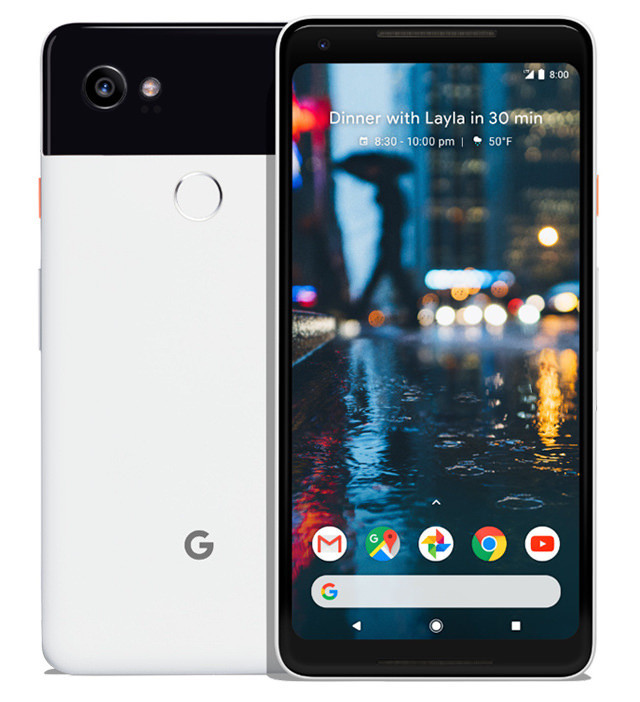 Google says Pixel 2 takes bright, vibrant shots even in low light and shoots new Portrait photos (like iPhone 8 Plus) that blurs the background. The rear camera captures 12.2-megapixel photos with a f/1.8 aperture lens, while the front camera is more than capable for selfies at 8-megapixels. Video shooting is improved and smoother with both optical and electronic video stabilization.

Google Lens helps you learn more about the world around you and get things done. For example you will be able to look up landmarks, books, music albums, movies and artwork by clicking on the Lens icon in Google Photos. You can also use Google Lens to copy URLs and contact info from a picture of a poster or business card. Google is expected to add more functionality to Lens over time.

Pixel 2 will be somewhat exclusive to Verizon Wireless, but Google will sell an unlocked configuration online at https://store.google.com/config/pixel_2 that can be used at T-Mobile or AT&T.