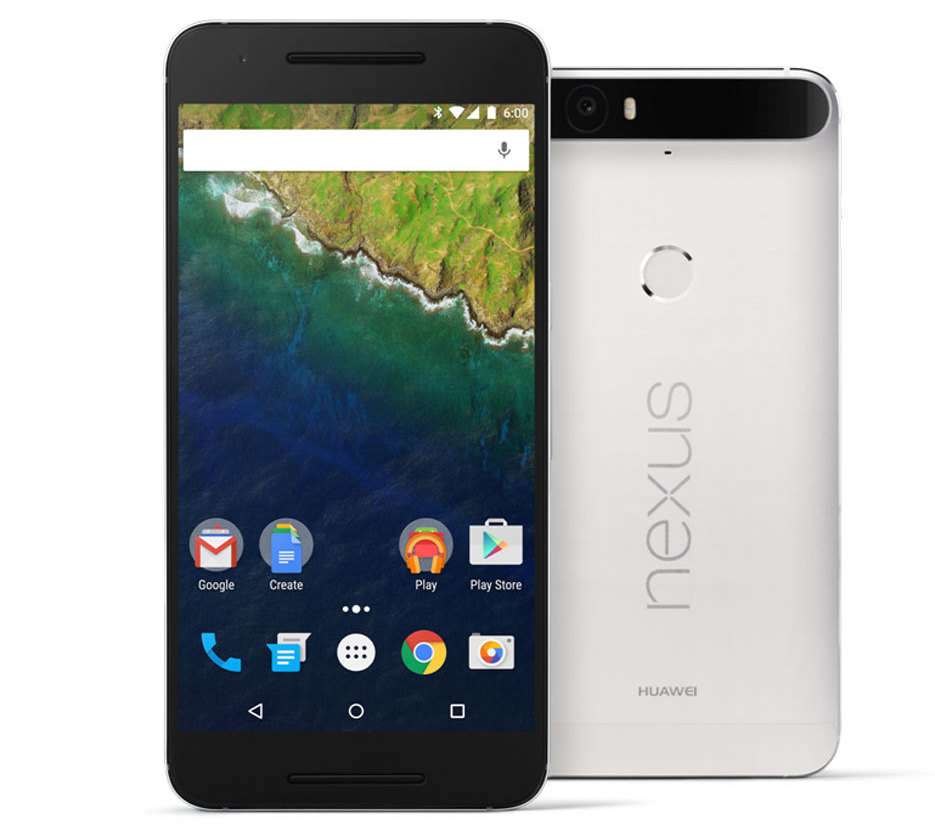 Huawei and Google have collaborated to introduce a truly premium device that is 100 percent Android, integrating the newest OS, Android 6.0 Marshmallow. The new Nexus 6P is a 5.7-inch, large screen smartphone, offering a WQHD 518ppi AMOLED display, front-facing stereo speakers, and latest version of the octa-core Qualcomm Snapdragon 810 v2.1 processor. By comparison it has the same size screen as Samsung’s flagship Galaxy Note 5, but Google’s phone will sell for $200 less.

The Nexus 6P is beautifully designed with an elegant all-metal unibody. Crafted from aeronautical-grade anodized aluminum with diamond chamfers encircling its edges, the sculpted back of the phone accents the low-light-loving, fast-movement-capturing camera. Nexus 6P also boasts 12-megapixel rear camera, USB Type-C fast charger for up to seven hours of battery life from a 10-minute charge.

The Nexus 12MP rear camera claims to be great for outdoor photography, as well as low-light situations. The larger 1.55µm pixels capture more light even in the dimmest conditions to produce stunning details and sharp images. Nexus 6P is also capable of recording 4K and high-frame-rate slow-motion videos. With a faster Google Camera app, you never miss a moment, and with the smart Google Photos app, your memories are easy to relive and always at your fingertips. Nexus 6P also features an 8MP front facing camera with Google’s innovative HDR+ technology, making it one of the best selfie cameras in the market.

Nexus Imprint integrates a fingerprint sensor on the back of the phone for security purposes and simplified unlocking. IT is placed on the back of your device to complement the way you naturally hold it. For users in the U.S., Nexus Imprint will also work with Android Pay for quick and easy purchases at thousands of locations nationwide. (Instead of a password, only your unique fingerprint can access your email and photos, or make purchases on Android Pay. US-only)