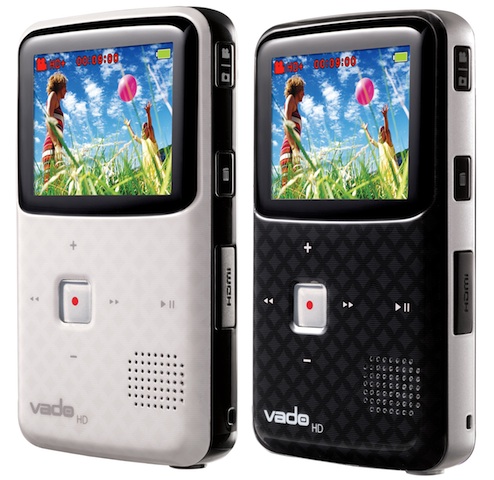 “We’ve won prestigious awards and accolades for the great performance, ease of use and compact form of our Vado HD cameras. The third generation Vado HD brings a cool new design and adds additional features to the already award-winning feature set. The design looks so cool people will stop you on the street and ask you where you got it,” said Steve Erickson, VP and GM for audio and video at Creative.

Building on the great features the Vado HD line is already known for, such as HDMI out and a wide-angle lens, the third generation Vado HD adds important additional features:

The third generation Vado HD also features new Vado Central 3.0 software with more instant web uploading capabilities and integrated editing options. Users can simply select one-click uploading to a number of popular social media sites, including Facebook and YouTube, and their videos will be ready to view or share in a matter of minutes. For users who don’t want their videos to be shared publicly, videos can be uploaded to KinKast via one-click uploading and then those services offer a variety of other features, including an email invite option for a more private viewing experience. Simple video editing capabilities enable users to edit videos directly in Vado Central 3.0. For more advanced editing options, users can edit videos in other editing programs, including iMovie and Movie Maker. 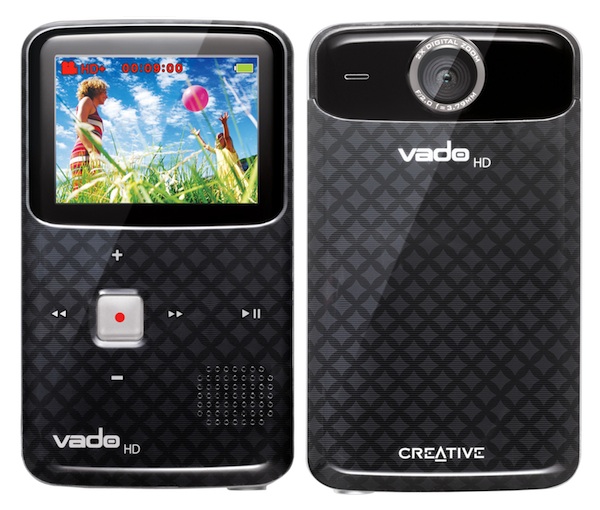 The third generation Vado HD with better compression can still hold up to 120 minutes of HD quality video or up to 7,000 still photos in 4GB of onboard storage. The removable rechargeable battery provides more than two hours of recording or viewing. Users can easily recharge the battery via the flexible, pull-out USB cable, with no additional cables required. Extra batteries and a wall plug-in battery charger are also available.

Pricing and Availability
The 4GB third generation Vado HD is available in black or white and is available for pre-order from www.amazon.com and www.us.creative.com for US$179.99.