I vividly remember the day I flipped over the copy of Stereophile at the newsstand and saw my first pair of MartinLogan loudspeakers. Having inherited the family stereo in 1983 as my Bar Mitzvah gift, I was already on my audiophile journey but I was not prepared for the MartinLogan Sequel II loudspeakers that would inspire me to make high-end audio my career. The Sequel II were my first high-end speakers but only the beginning of my journey which culminated with the MartinLogan reQuest speakers.

Before I spent almost $5,000 on a pair of reQuests, I spent almost 8 years with the Aerius, Aerius i, and a pair of the original CLS speakers. I was such a huge fan of the company that I called their office in 1987 in Lawrence, Kansas because I had a question about my pair of Sequel II speakers.

Imagine my surprise when MartinLogan founder, Gayle Sanders, took the call and spent an hour on the phone with me. I was 17 years old and in the process of looking at college applications which included the University of Kansas in Lawrence. Israel and GWU would be my final destination but that one hour on the phone cemented my future in high-end audio and my love of electrostatic loudspeakers. I just didn’t know it at the time.

Fast forward to 2019 and the last real high-end audio show in Rockville, Maryland before the COVID-19 pandemic would disrupt the planet.

PR Queen Sue Toscano and I have been friends for many years but she was unaware of my history with MartinLogan and how Gayle Sanders had influenced it back in 1987.

Gayle Sanders sold MartinLogan many years ago and had retired from the audio industry to enjoy the fruits of his 25+ years of hard work and success. Those who know him understood that he would return which he did with Eikon Audio.

Gayle Sanders and I finally met in 2019 and it was a very memorable day for me meeting the man who set everything in motion for me. He was as gracious as I remember him from our only phone call.

Eikon Audio has something new coming this year which Gayle will be discussing on a forthcoming podcast in July.

Now that you know the history, let’s take a look at the MartinLogan reQuest loudspeakers that have been out of production for many years but are one of the best used electrostatic loudspeakers if you can find one.

The reQuests were really large back in 1999 when I bought them and I’m sure most people would recoil with some hesitation if they came across a pair today.

The 48″ CLS electrostatic transducer panel has a lifespan of around 12-15 years; and it’s something you need to dust on a regular basis with a vacuum to keep in operational shape. You definitely hear it when the panel starts to show its age. MartinLogan will sell you replacement panels but they’re not $100-$200; so something to think about if you find a pair in good condition with the original panels.

The 12-inch high excursion woofer was a big improvement over the smaller drivers in the Sequel II, Aerius, and Aerius i.

What really made the reQuest a better speaker and one of my favorite MartinLogan models was the integration of the woofer and electrostatic panel — many electrostatic speakers that try to blend both fail miserably.

The other interesting feature of the reQuest was its 90 dB sensitivity rating and impedance (4 ohms).

Having owned 4 other pairs of MartinLogan speakers, power is definitely an issue. You can run tube amplifiers with the reQuest but they need to be stable into 4 ohms and at least 50-75 watts/channel.

The amp that worked for me was a huge surprise. The Blue Circle BC6 SET Hybrid Amplifier which was only 25 watts/channel. Gilbert Yeung and I were friends for a number of years when I still lived in Toronto and I would make the trip to Innerkip on a regular basis to listen to his new amps and go for food. The BC6 did not operate like any 25 watt amplifier that I’ve ever heard and it matched the reQuest almost perfectly.

Gilbert used the MartinLogan CLS and CLS IIz in his listening room so I wasn’t surprised that the BC6 worked so well.

It didn’t possess the low-end control of a Bryston, Aragon, or Krell — but the midrange resolution and tonal balance was so good that I would listen to the speakers for 3-4 hours at night and awaken in my listening chair at 2 or 3 a.m. almost longing for another session.

The transparency (the reason why you buy this type of loudspeaker) was jaw dropping with some recordings. There was an ethereal quality to the human voice that would make you sit up and pay attention to every little detail. The soundstage was also quite wide and deep in my space and the reQuest delivered music with scale and presence like few other speakers.

If you don’t have the space for a large pair of electrostatic loudspeakers, these speakers will not work for you. They don’t need to be 5-feet from the wall behind them, but I wouldn’t consider them unless you can move the speaker at least 3-feet out and give them 36-48″ from the sidewalls.

I ran my pair of reQuests in 3 different apartments and my smallest listening space was 20′ x 16′ x 9′ and always hardwood floors with an area rug.

They benefitted from breaking up the hard surfaces behind them by placing two floor-to-ceiling bookshelves filled with books and other forms of absorption. I made sure that the windows in my room had heavy velvet drapes and left them partially open to deal with the reflections off the back wall and ceiling.

The MartinLogan reQuest came with rather sharp spikes (mandatory) and I did upgrade the power cords (they require electricity) from the cheap ones provided to $100 models from Blue Circle Audio; they made a significant difference in regard to lowering the noise floor of the speakers and improving the panel’s clarity. I hate audiophile power cords but these particular cords worked.

I know that this sounds like the behavior of a crazy person but it never looked or felt like overkill for the simple reason that the sound quality I was able to achieve with them was the best I’ve ever had and I wish I could turn back the clock and put that same system together again.

I’ve seen used reQuest online for between $1,400 — $1,800 USD and I would say that they are worth it if the panel has been replaced in the past 5 years or less. 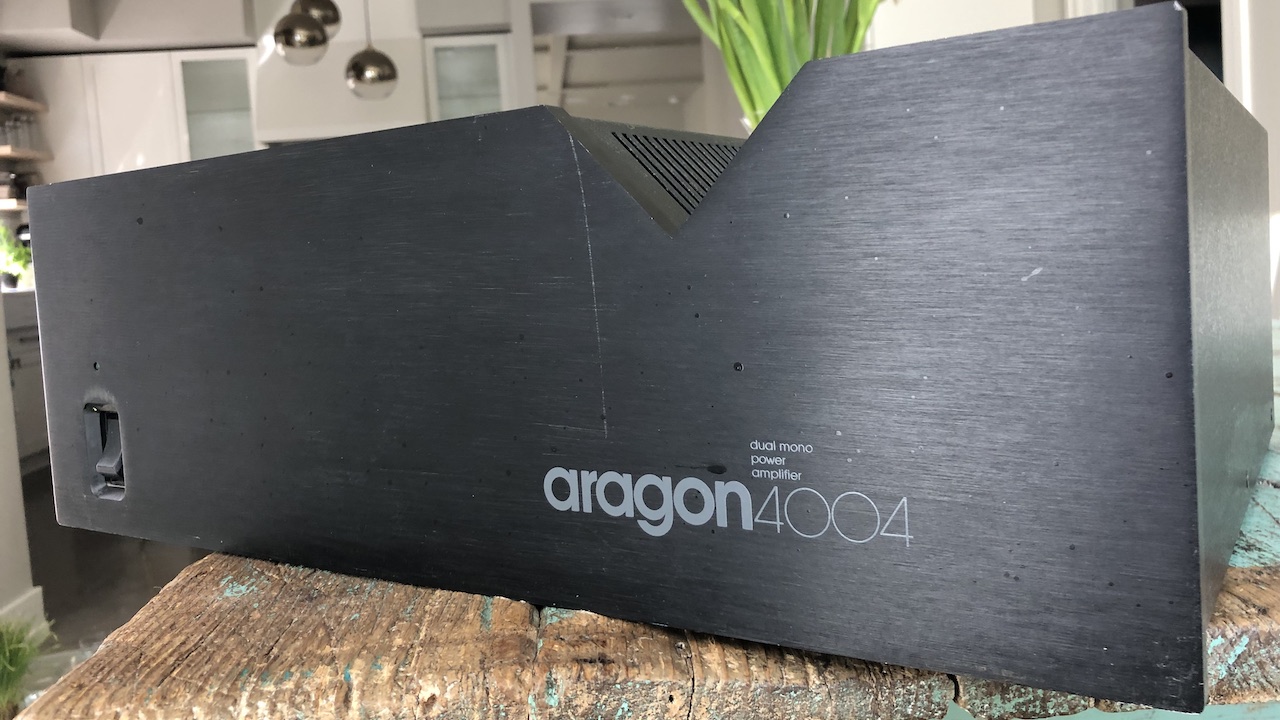