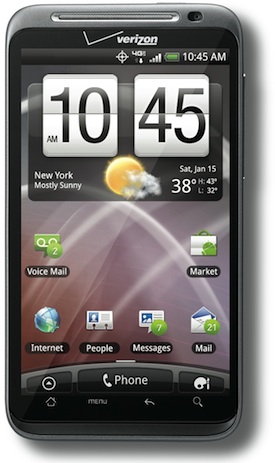 Last week I wrote a love letter to AT&T’s Motorola Atrix 4G smartphone. It is awesome, powerful and extraordinary in every way. That was true last week and it’s still true. However, just the other day, Verizon handed me its new HTC Thunderbolt 4G smartphone to play with and, truth be told, I’m smitten. If I thought I was in love with the Atrix, I know I’m in love with the Thunderbolt. It is a true 4G device on a true 4G network. Browsing the web on this phone is so fast; it feels like a religious experience. At $249 with a 2-year contract, if you’re looking for the hardest-core phone Verizon has ever offered, look no further than the HTC Thunderbolt.

Which is better, the Thunderbolt or the Atrix? As you will see from the comparison at the end of this article, they are very similar in features. The Thunderbolt is a smartphone on steroids, the Atrix is a miniature netbook computer. Which type of device do you want to carry? Which is better is in the eyes (and needs) of the user. I am putting my Verizon iPhone 4 on eBay tonight and getting a Thunderbolt.

Is the Thunderbolt better than an iPhone 4? Yes. By every measure — it is no contest.

What about apps? There are hundreds of thousands of apps for Android phones. By the way, Android phones outnumber iPhones 2 to 1 in the marketplace. This trend is going to continue. App builders are busier than ever. There’s an Apple and an Android app for almost everything. So, unless you are aware of a specific app, that you must have, that only works on one platform or the other, apps should not be the criterion.

Won’t something better come out before the holidays? Yes. But it won’t be on a faster network and, no matter how much faster the processor is, it won’t be the quantum leap that the Thunderbolt and the Atrix are above the current crop of devices. You’ll be safe for 18 months to two years with either device.

How about the iPhone 5 that is rumored to be coming in June? It’s a rumor (although it’s probably true). I can’t imagine an iPhone 5 that is not 4G, but stranger things have happened. If it is a 4G device, it should be as fast as the Thunderbolt or the Atrix — assuming the iPhone 5 will also have a CPU.

Isn’t the Verizon HTC Thunderbolt 4G just an AT&T HTC Inspire 4G smartphone without a front-facing camera? Yes, and it has a slightly more powerful battery. The AT&T Inspire is $100 with a 2-year contract and the Verizon Thunderbolt is $249 with a 2-year contract. Is a front-facing camera and a few extra milliamps worth $149? That’s up to you, but there’s more to the story. AT&T really doesn’t have a 4G network yet. If you read the fine print on their agreement, it says: “4G speeds require a 4G device and are delivered when HSPA+ technology is combined with enhanced backhaul. 4G speeds available in limited areas with availability increasing with ongoing backhaul deployment.” As of this writing that means AT&T 4G is only available at full speed in Northern CA, Greater LA, Greater Dallas, Houston, Chicago, Charlotte NC, Baltimore, Buffalo, Boston, Providence RI and, Puerto Rico. If you are not in one of these areas, AT&T 4G is 3G. This will change over time. However, if you’re buying a device on AT&T for it’s 4G network capabilities, buyer beware … it pays to read the fine print. 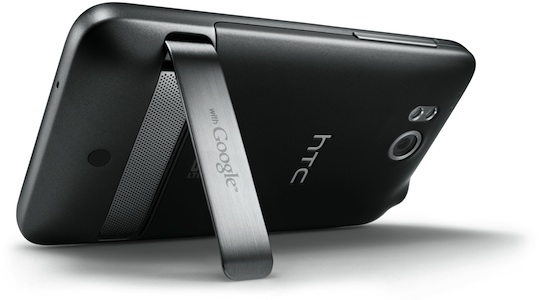 What if I’ve never had an Android phone before? This is the only critical question for BlackBerry, iPhone or cellphone users. Android 2.2 (which is nicknamed FroYo) is nowhere near as simple to use as it should be. That said, if you are willing to spend a few minutes learning how to tweak and customize your Android experience, you will be rewarded for your efforts. If you are completely immersed in Google apps such as: gmail, Google Calendar, Picasa, YouTube, Google Documents, etc. then you can take an Android device out of the box and it will just make you smile. Do not expect the same seamless results with other workflows. Exchange, Apple Mail, Firefox and other communications ecosystems all require some effort to integrate. That said, the nice people at Verizon or AT&T will do a nice job of transferring your data. Smartphones are here to stay. And Android is the numerical winner — there are over 33 million Android devices out in the world. It’s time to learn to use one.

OK, here how the geeky stuff looks. Don’t get caught up on the features, both devices are truly awesome!