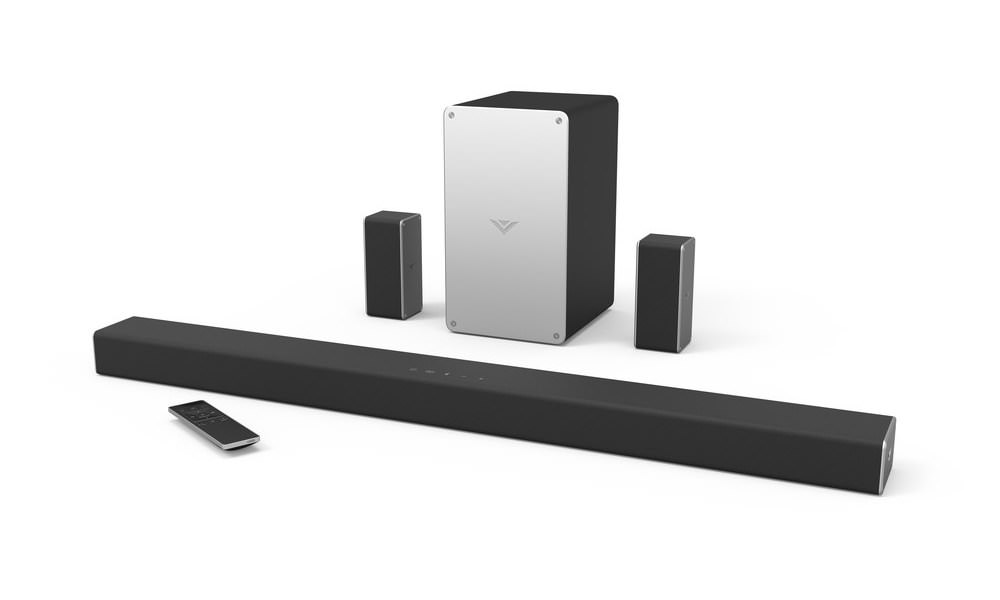 VIZIO just announced six sound bars priced from $80 to $250. All include Bluetooth, but the more expensive SmartCast models include Chromecast built-in for easy streaming of songs over WiFi from Chromecast-enabled audio apps for uninterrupted playback. The SmartCast collection can be controlled by VIZIO SmartCast Mobile, an app that transforms any mobile device into a powerful touchscreen remote.

With Chromecast built-in, VIZIO SmartCast sound bar users can easily stream millions of songs from Chromecast-enabled apps they already know and love like iHeartRadio, Google Play Music, Pandora, Spotify and more. A tap of the Cast button streams music directly over WiFi to any VIZIO SmartCast device on the home WiFi network. Users can control audio content over a greater range compared to Bluetooth, in addition to experiencing high quality audio without texts or phone calls interfering. Bluetooth is also integrated into all VIZIO audio products.