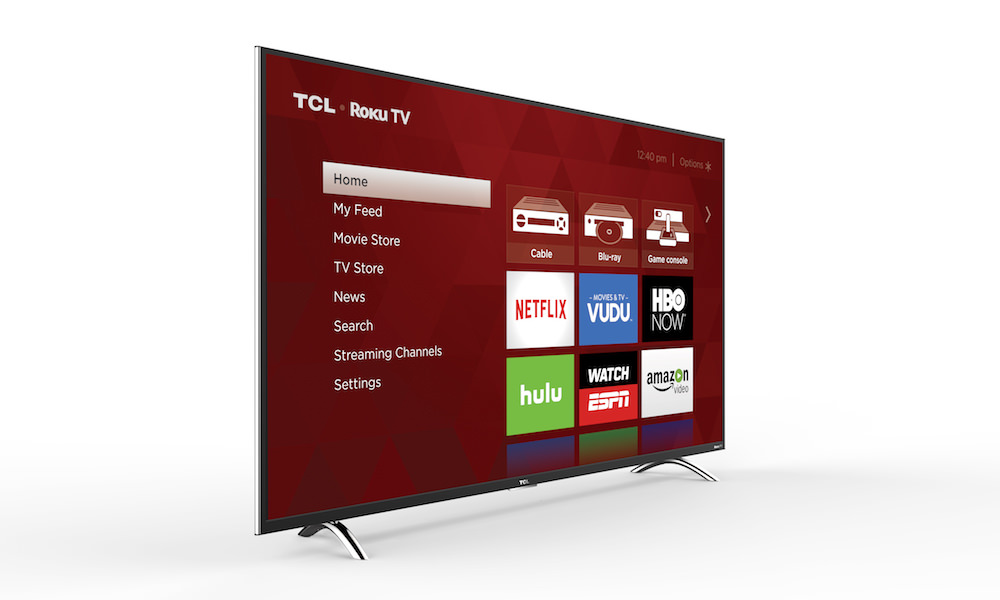 On April 4, 2016, TCL 4K Ultra HD TVs with built-in Roku streaming will be released in 55-inch ($600) and 65-inch ($1,000) screen sizes. These S-series TVs will later be followed by premium P130 models, which add an enhanced remote with headphone jack for private listening, voice search and Remote Finder for $100 more per respective screen size. The P130 4K TVs will also include smaller 43-inch and 50-inch screen sizes.

Discovering 4K content is fast and easy with Roku’s 4K Spotlight Channel. The channel features a curated selection of great 4K content from a variety of popular streaming channels and is updated with new content on a regular basis. A 4K Ultra HD category is also included within the Roku Channel Store to enable consumers to access nearly a dozen streaming services that offer 4K entertainment including Amazon Video, Netflix, VUDU, YouTube, UltraFlix and more. Additional streaming services offering 4K content are expected to be added in the future.

The 4K TCL Roku TV models feature a personalized Home Screen that places streaming channels alongside consumers’ other TV entertainment choices, such as a game console, cable box or Blu-ray player. Consumers no longer have to navigate complicated menus or cycle through inputs to switch between their favorite entertainment. The new 4K TCL Roku TVs provide consumers with easy access to more than 3,000 streaming channels in the U.S. with 300,000+ movies and TV episodes.

Other key features of the 4K TCL Roku TV models include comprehensive and unbiased Roku Search – including voice search on the enhanced Roku TV remote included with the premium P130 model. The free Roku Mobile App for iOS and Android turns a smartphone or tablet into a remote for the 4K TCL Roku TV models. The mobile app features one-touch access to key features such as Roku Search and includes a new Expert Picture Settings feature for professional TV calibration.

Tom’s Guide4 years ago
You Are Here