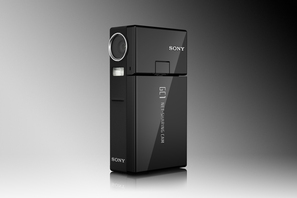 Sony is responding to the rise of user-generated content on the Internet with its new, pocket-sized Net-sharing CAM, designed for social networkers and video bloggers who frequently upload video and images to the web.

With more than 230 million videos viewed online and more than 150,000 uploaded daily, according to YouTube™, video sharing is fast becoming as popular as photo sharing.

“People who upload videos frequently are looking for solutions to easily get their personal content online in a few simple steps, so we developed the Net-Sharing CAM to be intuitive,” said Kelly Davis, director of product marketing at Sony Electronics. “It can be used as an everyday communication device, which can also be personalized to quickly share short video clips and photos online.”

Ready to Shoot and Share
The device shoots video in the “web-ready” MPEG-4 recording format, with selectable picture qualities ranging from QVGA/15 frames per second to VGA/30 frames per second, which can be viewed on televisions. It sports a distinctive “sharemark” button so users can easily “tag” or select video and photos they want to upload.

The Net-sharing CAM is pre-loaded with PMB Portable software. This user-friendly application automatically runs when the device is connected to a compatible PC via the supplied USB cable, and will recognize “tagged” videos and photos. Because the unit pre-formats videos for popular web-sharing sites, it is easy to access them and post videos, without having to down-convert or manipulate the footage beforehand.

For the ultimate in ease of upload, the PMB Portable pre-loaded software has pre-programmed menu buttons for direct publishing to web sharing sites, such as Crackle™. The built-in software can also be programmed for web sites of your choice or even your own personal blog or “vlog.”

Picture Motion Browser™ software is also supplied for those who would prefer an extended version of the application to run directly from a personal computer. Additionally, this version makes it possible to quickly edit and store footage, based on preferences. Bundled driver software is also included so the device can double as a live web cam.

Designed to be sleek and intuitive, the Net-sharing CAM sports separate buttons for movies and photos, eliminating the need to select specific modes before shooting. It has a built-in flash, 4x digital zoom and a 2.4-inch color LCD screen. Powered with rechargeable Lithium Ion technology, the model has a battery life of about 90 minutes (depending on recording conditions). 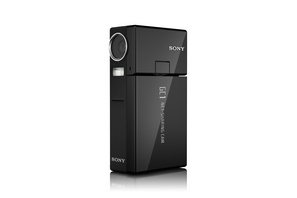 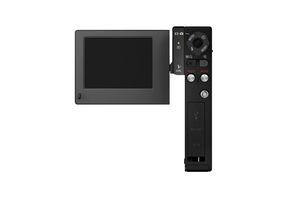 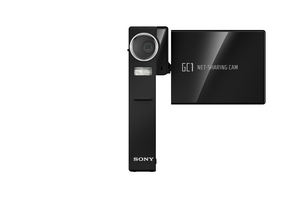 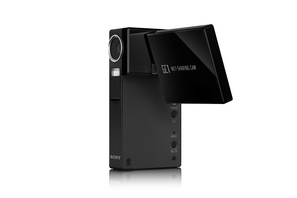 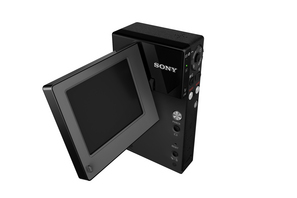 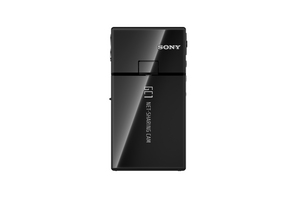 The Sony Net-sharing CAM will be available in September for about $200 at sonystyle.com, in Sony Style retail stores (www.sonystyle.com/retail), at authorized dealers, and at military base exchanges nationwide. Online pre-orders will begin on July 18 at www.sonystyle.com/netsharingcam.