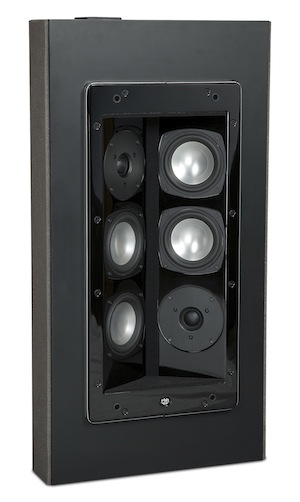 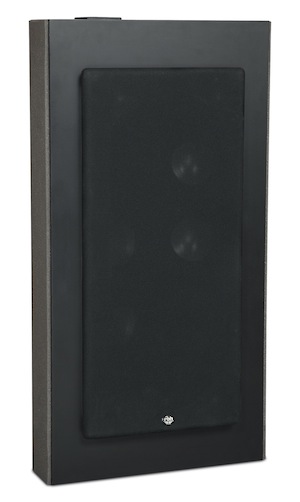 RBH Sound has introduced a new addition to their award-winning Signature Series In-wall speaker lineup. The SI-744 was introduced this week to 2009 CEDIA Expo attendees outside the company’s demonstration sound room (SR-4) in the Georgia World Congress Center in Atlanta, Georgia.

RBH Sound has many proven monopole in-wall models within their Signature Series which can be used for surround channels, but the SI-744 is the company’s first dedicated multi-pole in-wall surround channel for the series. The SI-744 employs four proprietary 4-inch high performance metal cone woofers and two 1-inch silk dome tweeters for excellent performance and crystal clear sonic accuracy. True to RBH Sound tradition, the SI-744 is timbre-matched to the rest of the Signature Series In-wall and freestanding speakers.

The SI-744’s design places two of the woofers and one tweeter on a 45-degree angle towards the screen, while the other two woofers and tweeter point on a 45-degree angle towards the rear of the theater. This 90-degree angle opposing design, combined with the SI-744’s dual- or single-channel wiring capability, presents a unique surround sound solution. When integrated into the rear sides of a home theater system and wired in dual channel mode, the SI-744’s front-firing drivers can play side surround channel audio and the rear-firing drivers can play rear surround channel audio. This configuration provides all four surround channels in a 7.1-channel surround sound system from one pair of SI-744s. In other words, RBH Sound dealers now have the unique ability to offer their clients four channels of surround sound when their room’s design prevents another set of rear speakers from being integrated into the surround system. When wired in single-channel mode, the SI-744 presents its listeners with a bi-polar dispersed sound field for increased surround coverage.

As with other RBH Sound Signature Series In-wall models, the SI-744 features its own tuned enclosure to provide an optimized environment for the speaker and prevent unwanted cabinet resonance. The enclosure also boasts an integrated metal drywall cut-out ring and is designed to be installed into a standard stud-framed wall prior to drywall during new construction or renovation. The SI-744’s baffle fits snugly into the area left over after the drywall is finished and is flush to the wall when complete which, RBH Sound says, will be a welcomed change from the typical in-wall Di-/Bi-polar protrusion from the wall the competition offers. The SI-744 is finished with a .5-inch thick black or off-white fabric grille which can be dyed to match the room’s decor or custom finished by RBH Sound’s professional custom integrator dealers.

About RBH Sound
A Utah-based company, RBH Sound is privately owned and operated by the founder of the company, Roger B. Hassing. Since 1976, Mr. Hassing and his staff have been designing, engineering and crafting high performance speakers and custom audio products, delivering superior acoustic reproduction at sensible prices.