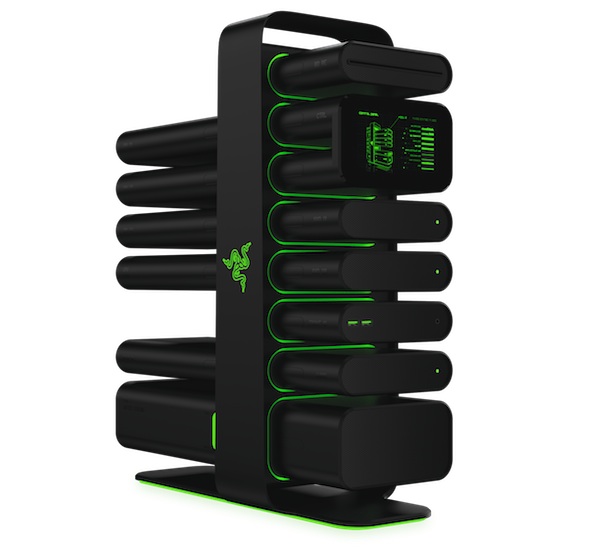 Razer announced a modular PC concept for gamers, called Project Christine. It will allow any user to build and customize his or her PC in any configuration without any prior technical knowledge. Further, as new upgrades come to the market, the same PC can be easily and quickly upgraded without additional technical assistance and without the fear of incompatibility or obsolescence.

The PC has traditionally been one of the most open platforms in all of technology. However, given the technical complexities of PC hardware, only the most hardcore enthusiasts have been able to take advantage of this openness to build, customize and continuously upgrade their PC desktop systems. The tremendous promise of the PC has remained underexploited by the vast majority of general consumers for more than 30 years, largely due to the convoluted hardware – knowing what does what, what works with what, and how to connect the pieces. 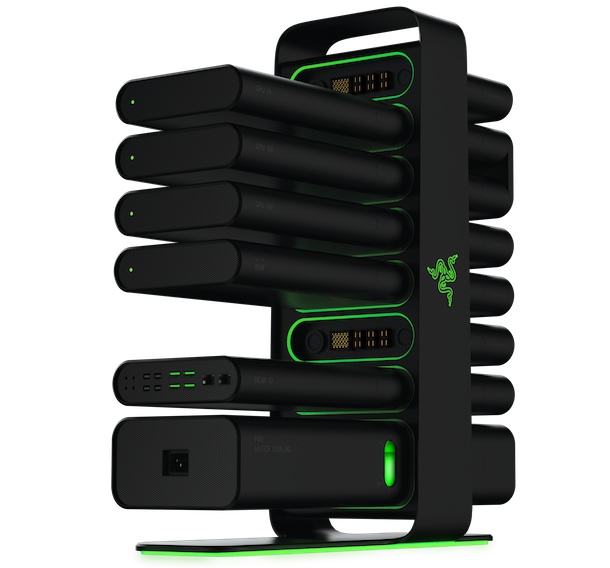 The modularity of Project Christine make it perpetually customizable, offering plug-and-play upgradability as new and improved technology evolves, ostensibly eliminating the need to replace entire systems. Modules connected to the PCI-Express backbone can be added in any order or combination, featuring up to quad-SLI graphics, multiple SSD and RAID storage components, I/O and even power supplies, ensuring maximum flexibility.

The cable-less design of each sealed module is entirely self-contained and features active liquid cooling and noise cancelation, which allows Razer to factory overclock components without voiding warranties, safely and quietly. The system also features a touch-screen LCD display that indicates control and maintenance information.

“Project Christine is a new concept design that will revolutionize the way users view the traditional PC. This is the first gaming system that is able to keep pace with technology and could allow consumers to never buy another PC, or gaming system, again,” says Min-Liang Tan, Razer co-founder, CEO and creative director. “We have a history of bringing incredibly innovative concept systems to market and it’s fair to say that Project Christine is a very exciting new prospect for future development.” 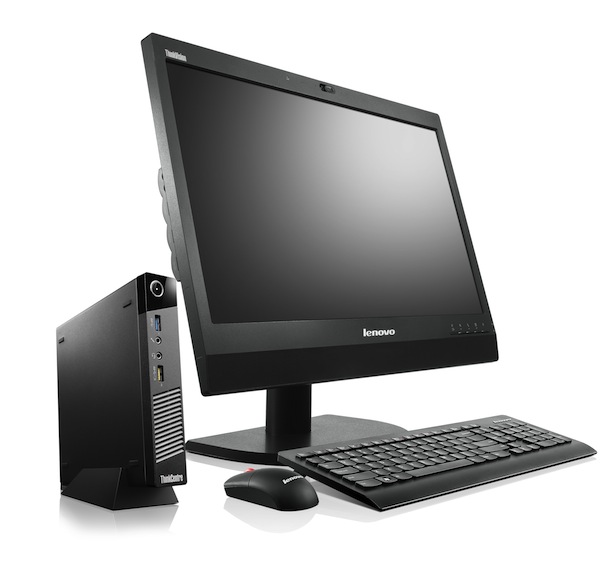