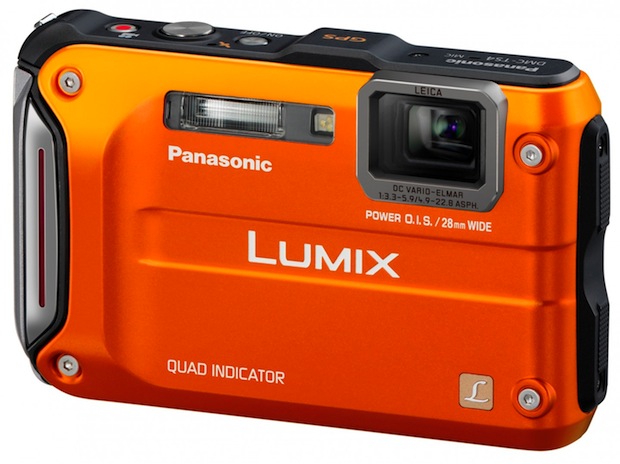 Panasonic announced their top-of-the-line rugged digital camera with the 12-megapixel LUMIX DMC-TS4, which features a built-in GPS system, compass, altimeter, barometer, plus outstanding toughness, including: waterproof to approximately 40 feet (12 meters), shockproof to approximately 6.6 feet (2 meters), freezeproof to temperatures as low as 14°F, and dustproof. Beyond its rugged design, the LUMIX TS4 also excels in photo and video quality, offering the best of both worlds with a LEICA DC VARIO-ELMAR lens with a 4.6x optical zoom (35mm equivalent: 28-128mm), a 12.1-megapixel Hi-Speed CCD sensor and the advanced image processing LSI Venus Engine, and the ability to shoot 1920 x 1080 full-High Definition (HD) video in AVCHD and MP4 formats.

The LUMIX TS4 is ideal for active outdoor use and the altimeter works as an indicator for depth underwater. The barometer log is available to help users forecast the climate and then log the barometric trends. The altitude measurements can be improved when using the camera’s GPS data, which is enhanced when compared to its predecessor, the LUMIX DMC-TS3. 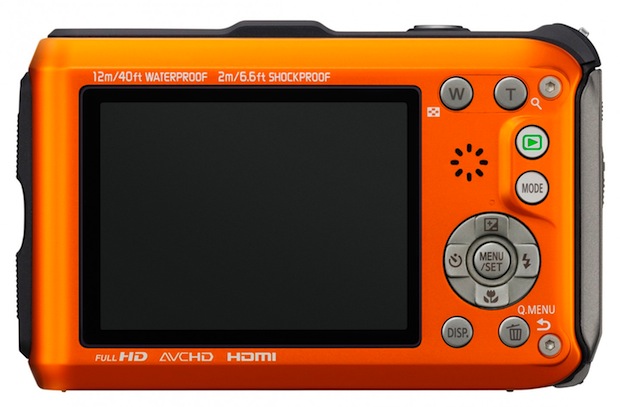 The LUMIX TS4 is ideal for active outdoor use and the altimeter works as an indicator for depth underwater. The barometer log is available to help users forecast the climate and then log the barometric trends. The altitude measurements can be improved when using the camera’s GPS data, which is enhanced when compared to its predecessor, the LUMIX DMC-TS3. The GPS system has more than a million landmarks and 82 countries/regions covered and with the included software, the user can refer and sort photos by location names. The LUMIX TS4 shows the name of the Country/Region, State/Prov./County, County/Township, City/Town/Village and Landmark on the screen while shooting or in playback mode.

Thanks to its high-speed, large-capacity signal processing Venus Engine, the LUMIX TS4 is not just rugged on the outside, but powerful from within as well. The Venus Engine integrates advanced signal processing capabilities to power Intelligent Noise Reduction, thus producing stunning still photos and videos. In addition, the Venus Engine powers high-speed burst shooting and super-fast response times, with Sonic Speed AF, allowing the user to catch those spur-of-the-moment memories.

New to the LUMIX TS-Series, the LUMIX TS4 offers users manual operation, allowing adjustment of shutter speed and aperture for more creative photography. Plus, with modes such as Time Lapse Shot, Miniature Effect, and Panorama Shot — photography is even more fun. With the Time Lapse Shot, once the start time, interval and the number of photos to shoot are set, the camera automatically records the images based on the settings and the LUMIX TS4 can be left to record stationary subjects, such as flowers coming into bloom, clouds, or an animal. Once the data is captured, during playback the footage is condensed to give a unique sense of time. The Miniature Effect mode, in which the peripheries are defocused while saturation and contrast is emphasized, makes the photo look like a diorama. For videos recorded in this mode, playback is 10x fast forward, making it comical and amusing to watch. Panorama Shot makes it is possible to shoot a maximum 360-degree of horizontal / vertical panoramic image by taking consecutive shots and overlaying the photos.

For those who are looking for an intuitive shooting option, the LUMIX TS4 includes Panasonic’s popular iA (Intelligent Auto) mode — a suite of technologies that are automatically engaged to allow the camera to select the most appropriate settings to take high-quality photos and videos. Plus, a dedicated video record lets the user instantly start recording videos while shooting photos without having to go through any additional menu options.

Pricing and Availability
The Panasonic LUMIX DMC-TS4 will be available in orange, blue, black and silver options in mid-March 2012 for $399.99.