The Body I.S. (Image Stabilizer) in the LUMIX G9 is dramatically improved, making it possible to use 6.5 stops of compensation with or without Dual I.S.2.0 compatible Lumix lenses. This is achieved by a more accurate calculation of shake in various shooting conditions, utilizing information of angular velocity and motion vector acquired not only from the gyro sensor but also from the image sensor and accelerometer sensor. The high-speed, high-precision AF with DFD technology offers ultra fast AF speed of 0.04 sec.

Thanks to the high processing performance of the Venus Engine 10, the LUMIX G9 incorporates Deep Learning technology that detects a human body in addition to the conventional face and eye detection. The AF Point Scope function is also new on the LUMIX G9. It magnifies subjects that are far away to capture them in clear focus.

For more precise focusing, the focus areas are increased from 49 to 225-areas in addition to the conventional Face/Eye Recognition, Tracking AF, 1-area AF and Pinpoint AF. Users can make a group of 225 focus areas and move or change the size of it as they like according to the composition. All focusing operations are easily controlled with the newly adopted joystick located on the thumb position without taking the eyes off of the subject even when using an LVF or releasing the finger from the shutter button. The LUMIX G9 is equipped with AF Custom Settings with which users can set AF Sensitivity, AF Area Switching Sensitivity and Moving Object Prediction Level. Four patterns of presets are also available for frequently used situations.

The LUMIX G9 has a massive, super high-resolution 3,680k-dot OLED Live View Finder (LVF) with a high magnification ratio of approx. 1.66x / 0.83x (35mm camera equivalent). No blackouts occur even in high-speed burst shooting. Visibility is improved for framing subjects under direct sunlight. With Panasonic’s highest-level 0.83x magnification to date and a long 21mm eye point distance, it is excellent for people who wear glasses. 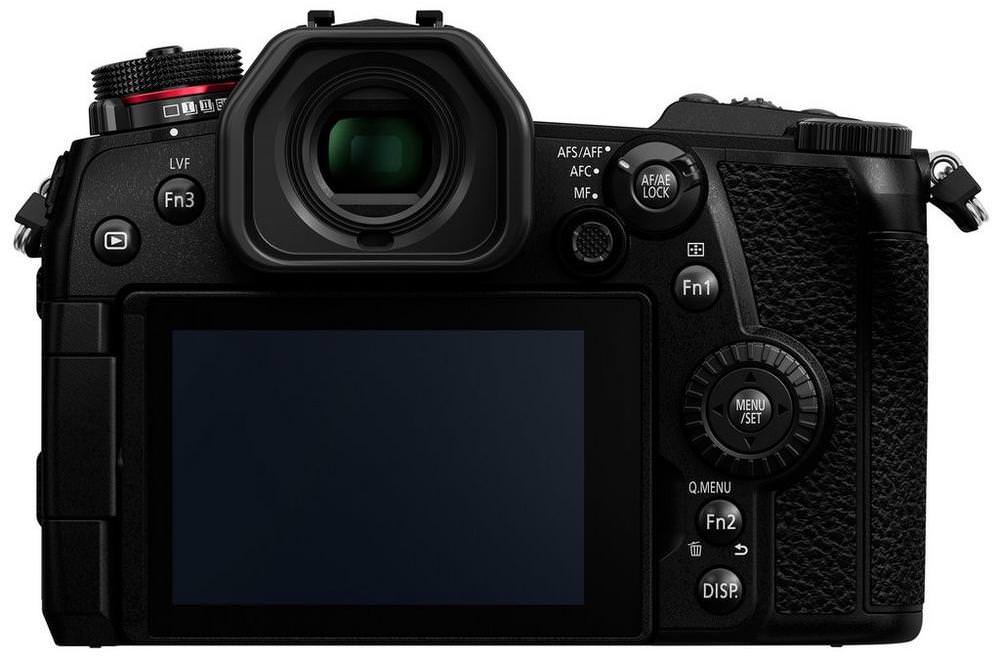 To withstand heavy field use, the LUMIX G9 is composed of a magnesium alloy full die-cast front / rear frame and is not only splash-proof and dust-proof but also freeze proof down to -10 degrees centigrade. The largest-in-class Status LCD on the top of the camera makes shooting even easier and more comfortable. For the rear monitor, a 3.0-inch free-angle LCD in 3:2 aspect ratio with 1,040K-dot high resolution is equipped. The G9 has a double SD Memory Card slot, compatible with the high-speed, high-capacity UHS-II. 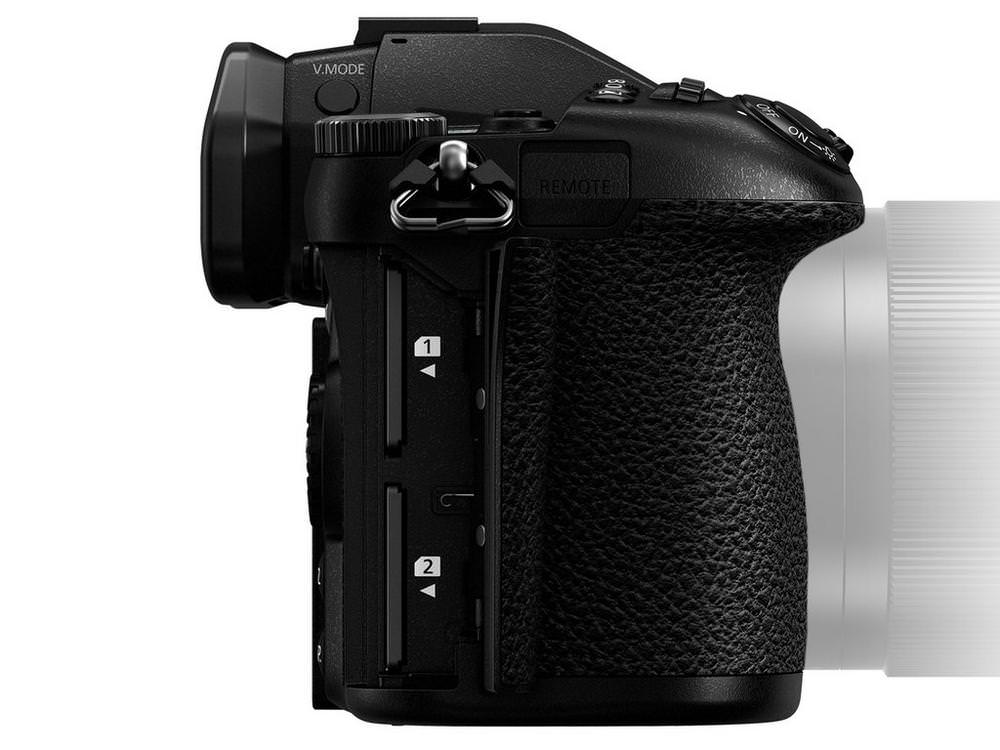 The LUMIX G9 includes Bluetooth and Wi-Fi connectivity to offer a more flexible shooting experience and instant image sharing with easy operation. Compatibility with Bluetooth 4.2 (called BLE: Bluetooth Low Energy) enables constant connection with a smartphone or tablet with minimum power consumption. For Wi-Fi, 5GHz (IEEE802.11ac) can be selected in addition to the conventional 2.4GHz (IEEE 802.11b/g/n) for an even more secure and stable connection. 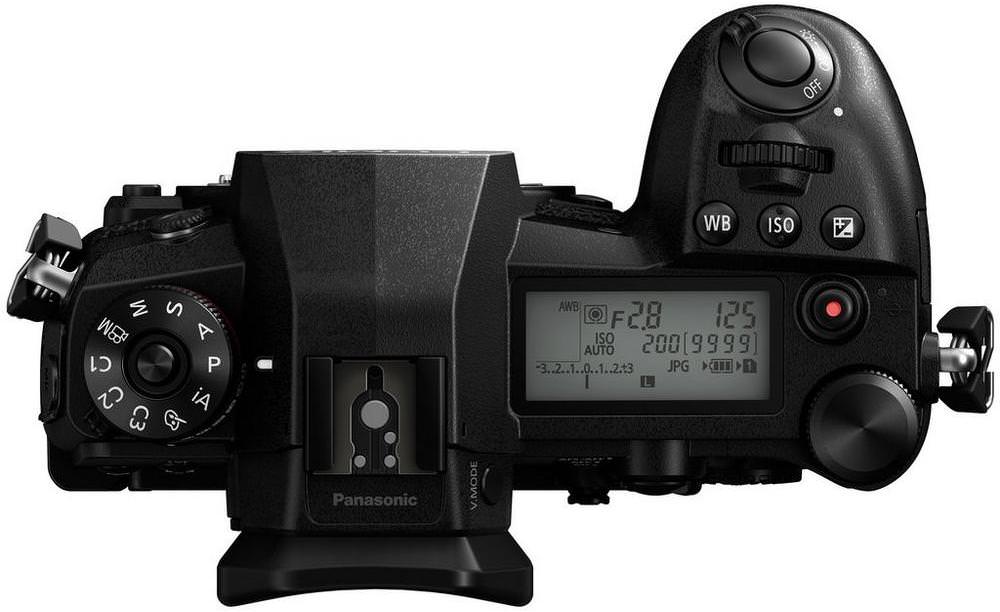 The Fn lever makes it possible to change the setting quickly once frequently-used settings are assigned. The LUMIX G9 also comes with a joystick at the optimal position to achieve intuitive focus area control without taking the eyes off of the viewfinder, together with a focus lever and AF mode button. Dials on the grip and Fn buttons are also located in the best position to operate unseen.

The LUMIX G9 enables not only power charging but also power feeding via USB, which enhances extended shooting time. 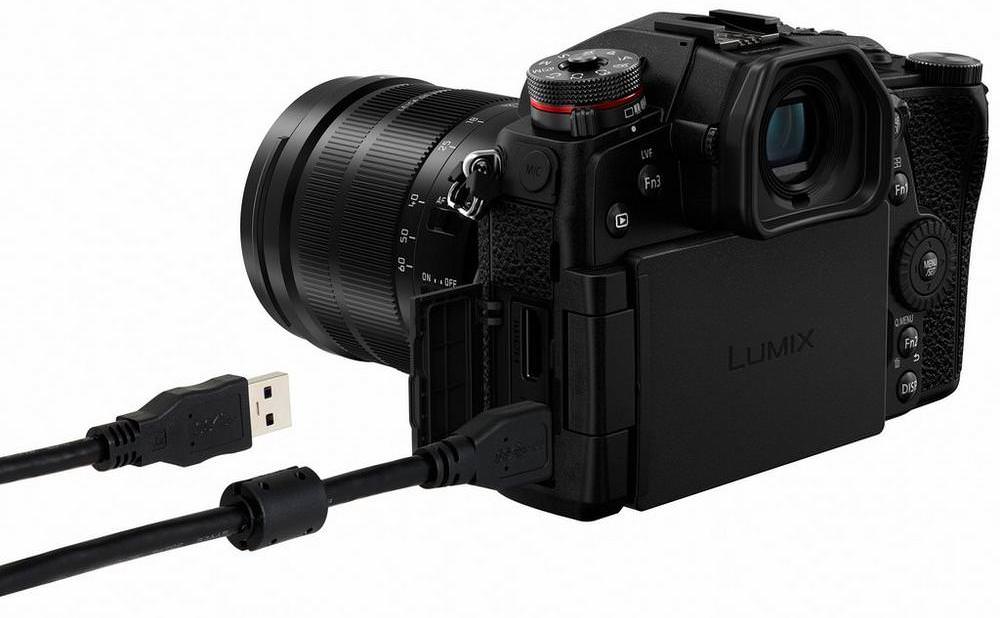 Price and Availability
The Panasonic LUMIX G9 (body only, model DC-G9KBODY) MSRP will be available January 2018 for $1699.99, along with all accessories. 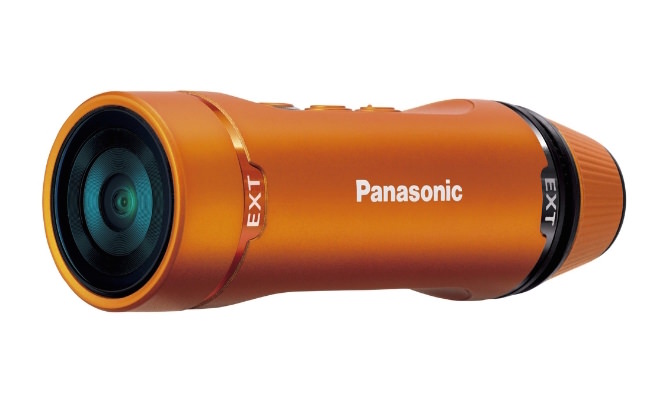 Panasonic announced the HX-A1 (A1) wearable, ultra-compact, 1080p POV action camcorder that is lightweight at 1.6 ounces (45 grams) and can shoot in total...