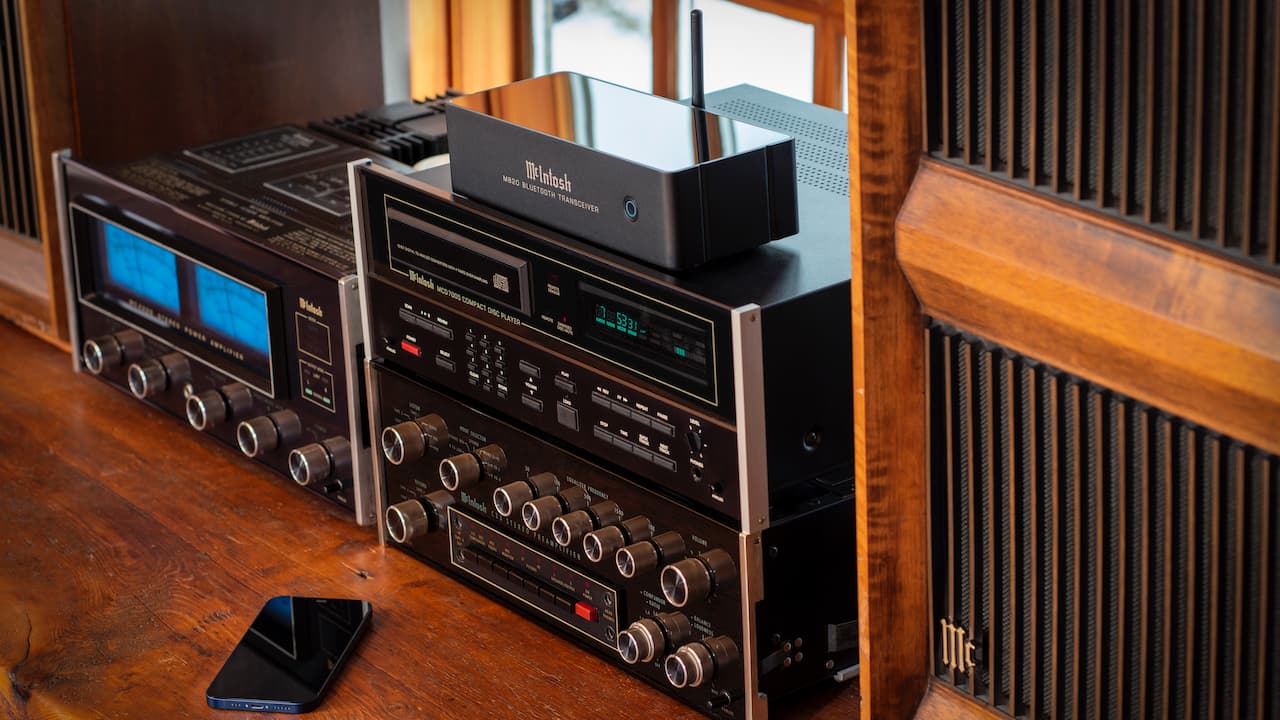 McIntosh has a global customer base that seemingly never sells its equipment. And who can blame them. Not only does it sound great but it holds its value better than any other brand in the market. The one area where McIntosh has not put a lot of focus so far is streaming. There is no shortage of streaming players available in the market that would sound great in the context of a McIntosh system but its customer base have a new option in the form of the McIntosh MB20 Bluetooth Transceiver.

The inclusion of both balanced inputs and outputs makes this a high-end hub for existing and legacy McIntosh systems. It will also work with any other brand and is only $500.

Stream to a McIntosh of Any Era.

The MB20 Bluetooth Transceiver is an easy and simple solution to add Bluetooth streaming capabilities to virtually any McIntosh (or non-McIntosh) home audio system of any era. It can quickly turn a vintage McIntosh system that you’ve treasured for decades, or a family heirloom system that you’ve inherited, into a modern home music system capable of playing the digital music stored on your phone, in your cloud accounts, or from your preferred streaming services.

It is a small (its footprint not much bigger than a smartphone), stand-alone, complete Bluetooth streaming solution that does not require any third-party apps to use.

As a transmitter/receiver, the MB20 has been designed to provide a superior Bluetooth connection to audio equipment that lacks Bluetooth connectivity. As such, it has been engineered as a Class 1 Bluetooth device. Class 1 devices can typically operate at a range of up to 150 feet (45.7 meters) in ideal conditions with limited obstructions.

As a Receiver, the MB20 employs an extremely sensitive receiver for better reception, even from Class 2 devices, with the maximum range determined by the capabilities of both actively paired devices. An external antenna helps maximize its range for better performance. As a Transmitter, it has a range 10x greater than that of a typical Class 2 Bluetooth device.

The compact MB20 comes with a variety of analog and digital inputs and outputs to connect it to your home audio system – most notably amongst them being balanced inputs and outputs, making it one of the only Bluetooth transmitter receivers to offer these superior audio connections that help deliver top-quality audio performance.

For connecting it to your system via analog cables, it includes 1 stereo set of both balanced and unbalanced inputs, along with a stereo set of balanced and unbalanced outputs. For digitally connecting it to your system, such as for use with an outboard Digital-to-Analog Convertor (DAC), it has 1 each of both coaxial and optical inputs and outputs.

When used as a Receiver, the MB20 uses a high-performance 32-bit DAC with 192kHz internal processing for optimum sound quality; when used in combination with a separate outboard DAC, the MB20’s digital output is fixed at 96kHz to be compatible with most third-party DACs in order to maximize performance and maintain audio signal integrity. When in Transmitter mode, it uses an equally capable high-performance Analog-to-Digital Convertor (ADC) with 110dB Signal-to-Noise Ratio (SNR).

One thing that needs to be stressed is that when you transmit using Bluetooth, music is still lossy.

The $500 price tag is remarkably low for a McIntosh component and we’ll have a review of the McIntosh MC20 by the end of June. 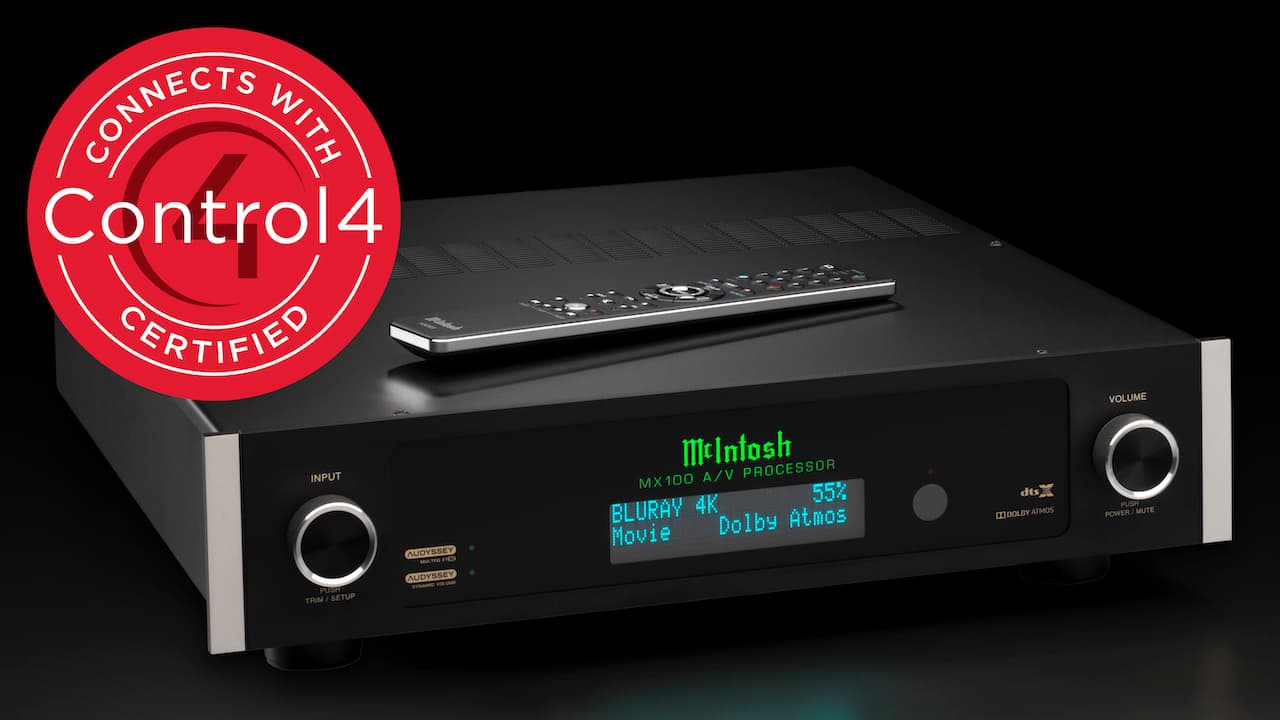 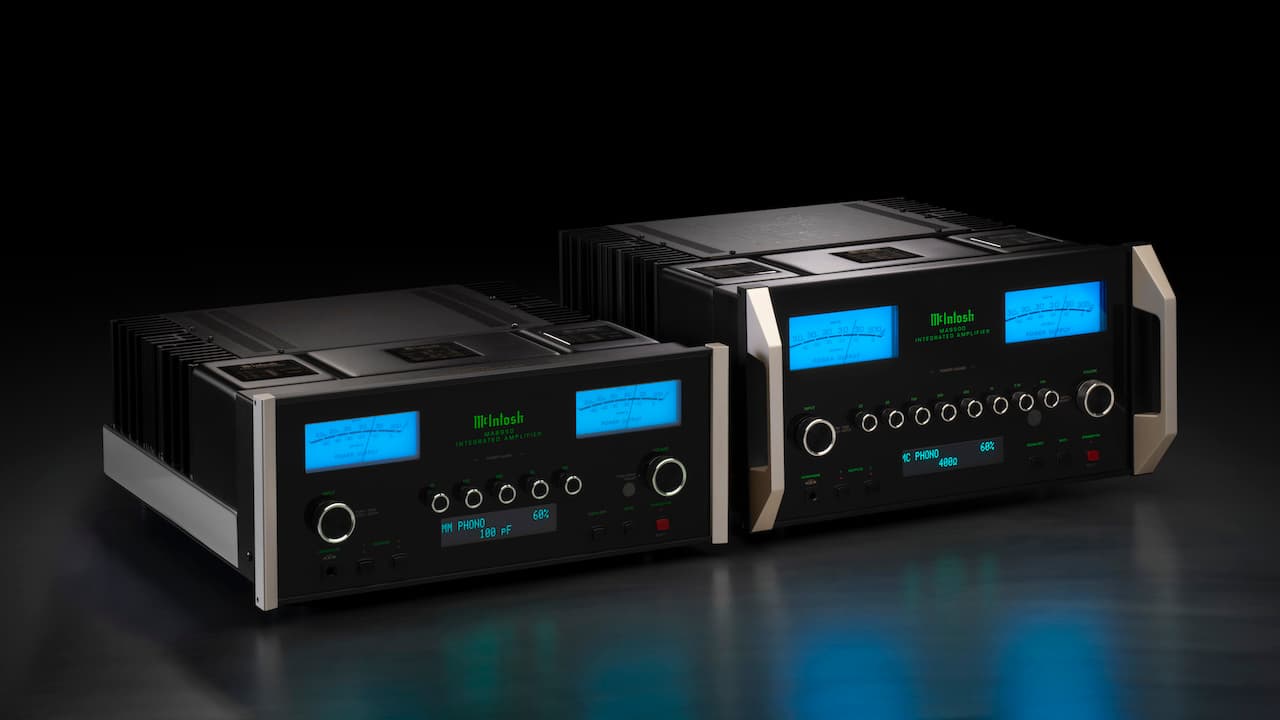