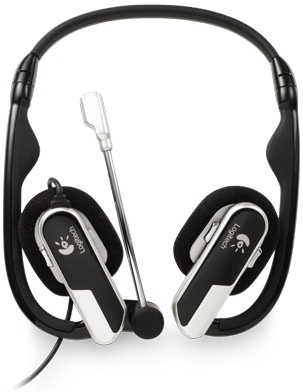 Logitech just announced two new PC headsets for Internet and video calls, music and movies. Featuring support for super wideband audio, the Logitech® USB Headset H530 and the Logitech® Laptop Headset H555 sound so clear it's almost like you're in the same room as the person on the other end of the call. The lightweight Laptop Headset H555 (right photo) folds flat and easily fits into the included case. The USB Headset H530 offers laser-tuned drivers for exceptional audio quality. Both headsets are compatible with Logitech Vid HD, Skype 4.0 for Windows® or later, and Skype 2.8 for Mac® or later.

Price and Availability
Both heasets are expected to be available in July, price at: