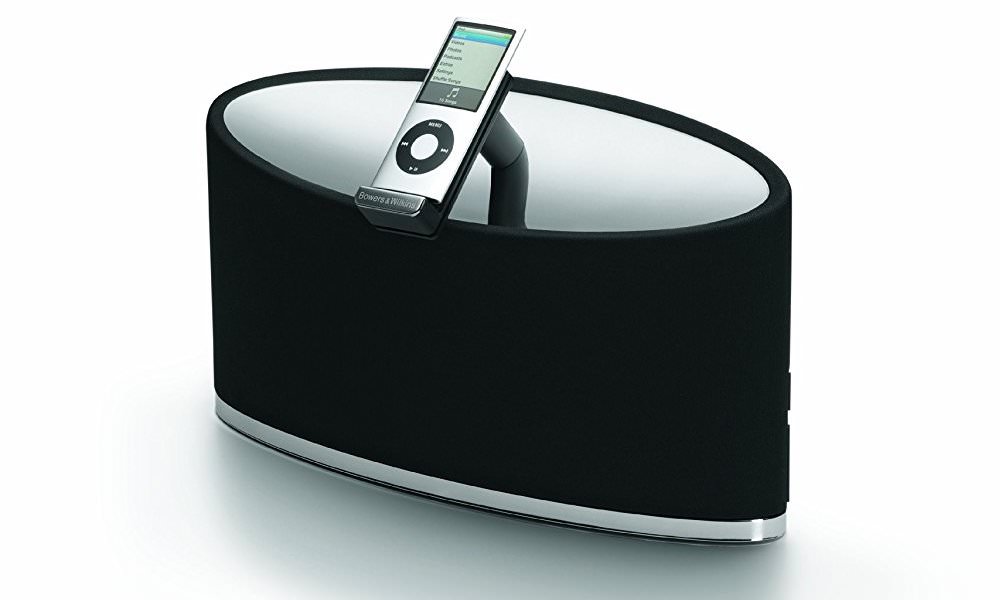 Two years ago, Bowers & Wilkins’ iconic Zeppelin redefined what could be expected from a one-piece iPod™ speaker system. The British firm’s sculpturally tapered, beautifully finished active-loudspeaker iPod music solution proved that playback from Apple’s globally ubiquitous personal music player can indeed deliver gloriously musical in-room sound for all to enjoy. The original Zeppelin design demonstrated conclusively that amazing sound and striking visual beauty could coexist and indeed cohabit, in a confidently individualistic award-winning design that emphasized the premium quality and brand values of Bowers & Wilkins while enhancing those of the Apple iPod or iPhone™ docked to it.

Now, with the original’s unprecedented collection of glowing reviews and prestigious awards still growing, Zeppelin is joined by Zeppelin Mini. Substantially smaller but every bit as elegant, the Zeppelin Mini attains the same high standard of sound quality, and delivers astounding clean volume potential, deep-bass impact and extension for such a diminutive package.

B&W’s patented Flowport™ enclosure architecture vents in the rear to minimize any noise or coloration from deep bass playback, even at extreme volumes.

Unlike many competing portable music systems, the Zeppelin Mini acquires the audio signal from a docked iPod or iPhone in pure digital form, performing the critical digital-to-analog conversion onboard using advanced, highly accurate, audiophile-grade circuitry. The result is a degree of musical refinement equaled by no other iPod music system. What’s more, a mini-USB port on the back of the Zeppelin Mini permits program material from outboard sources, such as desktop or laptop Macs or PCs, to stream content to the Bower & Wilkins system for superior musical playback. There’s also an analog-audio AUX input that allows the Zeppelin Mini to work its magic with older, legacy sources.

B&W’s proprietary flexible Zeppelin docking-arm is again present, permitting natural-grasp operation of the docked iPod/iPhone for wonderfully easy operation. But the Zeppelin Mini’s version goes even further, permitting vertical or horizontal docking of all iPhone/iPod Touch models. What’s more, syncing of a docked iPod/iPhone is transparently enabled via the Zeppelin Mini’s USB port, and of course, the new B&W model swiftly and safely charges the batteries of any docked iPod or iPhone.

The Zeppelin mini will be available in November with a suggested retail price of $399.95.