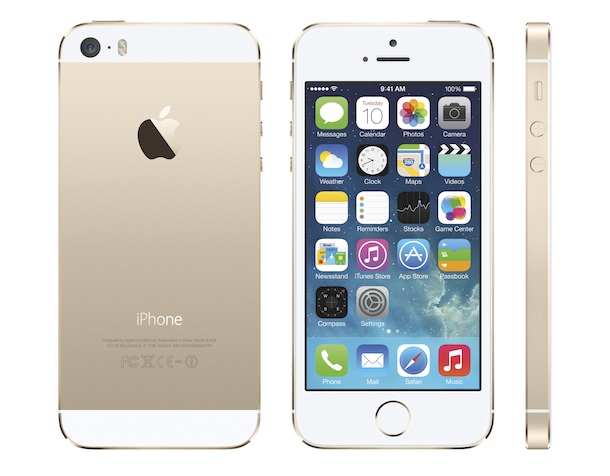 Apple today announced iPhone 5s, featuring an all-new A7 chip offering 64-bit desktop-class performance in the palm of your hand. New features include an all-new 8 megapixel iSight camera with True Tone flash and Touch ID, an innovative way to simply and securely unlock your phone with just the touch of a finger. iPhone 5s comes with iOS 7, the most significant iOS update since the original iPhone, engineered for 64-bit technology and featuring hundreds of great new features, including Control Center, Notification Center, improved Multitasking, AirDrop, enhanced Photos, Safari, Siri and iTunes Radio.

The all-new A7 chip in iPhone 5s brings 64-bit desktop-class architecture to a smartphone for the first time. With up to twice the CPU and graphics performance, almost everything you do on iPhone 5s is faster and better than ever, from launching apps and editing photos to playing graphic-intensive games—all while delivering great battery life. Apple also engineered iOS 7 and all the built-in apps to maximize the performance of the A7 chip. iPhone 5s is the best mobile gaming device with access to hundreds of thousands of games from the App Store, the A7 chip’s 64-bit architecture and support for OpenGL ES version 3.0. iPhone 5s delivers incredibly rich and complex visual effects, previously only possible on Macs, PCs and gaming consoles.

Every iPhone 5s includes the new M7 motion coprocessor that gathers data from the accelerometer, gyroscope and compass to offload work from the A7 for improved power efficiency. Developers can also access new CoreMotion APIs that take advantage of M7, so they can create even better fitness and activity apps that go well beyond what other mobile devices offer. The M7 motion coprocessor continuously measures your motion data, even when the device is asleep, and saves battery life for pedometer or other fitness apps that use the accelerometer all day.

iPhone 5s introduces Touch ID, an innovative way to simply and securely unlock your iPhone with just the touch of a finger. Built into the home button, Touch ID uses a laser cut sapphire crystal, together with the capacitive touch sensor, to take a high-resolution image of your fingerprint and intelligently analyze it to provide accurate readings from any angle. Setting up Touch ID to recognize your fingerprint is easy, and every time you use it, it gets better. The Touch ID sensor recognizes the touch of a finger so the sensor is only activated when needed, preserving battery life. All fingerprint information is encrypted and stored securely in the Secure Enclave inside the A7 chip on the iPhone 5s; it’s never stored on Apple servers or backed up to iCloud. Touch ID can also be used as a secure way to approve purchases from the iTunes Store, App Store or iBooks Store.

iPhone 5s makes it even easier to take great photos with the world’s most popular camera. The all-new 8 megapixel iSight camera features a larger f/2.2 aperture and a new, larger sensor with 1.5μ pixels for better sensitivity and low-light performance, resulting in better pictures. These improvements, along with the Apple-designed image signal processor in the A7 chip and the new Camera app in iOS 7, provide up to two-times faster auto-focus, faster photo capture, automatic image and video stabilization, and better dynamic range. iPhone 5s introduces the new True Tone flash—the world’s first for any camera—that variably adjusts color and intensity for over 1,000 combinations, so photos taken with a flash appear more natural. iPhone 5s also includes a new Burst Mode, Slo-Mo video with 120 fps, a new FaceTime® HD camera for better low-light performance and audio-only FaceTime calls with iOS 7.

iPhone 5s makes it even easier to connect to high-speed networks with support for up to 13 LTE¹ wireless bands, more than any other smartphone in the world. With download speeds up to 100 Mbps², you can browse, download and stream content even faster. iPhone 5s includes dual-band 802.11 a/b/g/n Wi-Fi support for up to 150 Mbps² and Bluetooth 4.0. iPhone 5s delivers an amazing 10 hours of talk time on 3G networks, up to 10 hours of web browsing on Wi-Fi and LTE networks and up to 8 hours on 3G networks, and up to 10 hours of video playback and up to 40 hours of audio playback.³

iPhone 5s customers have access to the revolutionary App Store, which offers more than 900,000 apps to iPhone, iPad and iPod touch users in 155 countries around the world. More than 50 billion apps have been downloaded from the App Store to date, offering customers an incredible range of apps in 23 categories, including newspapers and magazines in Newsstand, games and entertainment, business, news, sports, health and fitness and travel.

Designed specifically for iOS, iPhoto, iMovie, Pages, Numbers and Keynote are among the most popular apps in the App Store and are now available as free downloads with the purchase of iPhone 5s. iPhoto and iMovie enable you to do more than you ever thought possible with your photos and movies, and with Pages, Numbers and Keynote you can create, edit and share stunning documents, spreadsheets and presentations on your iPhone, iPad or iPod touch.

“iPhone 5s is the most forward-thinking smartphone in the world, delivering desktop class architecture in the palm of your hand,” said Philip Schiller, Apple’s senior vice president of Worldwide Marketing. “iPhone 5s sets a new standard for smartphones, packed into its beautiful and refined design are breakthrough features that really matter to people, like Touch ID, a simple and secure way to unlock your phone with just a touch of your finger.” 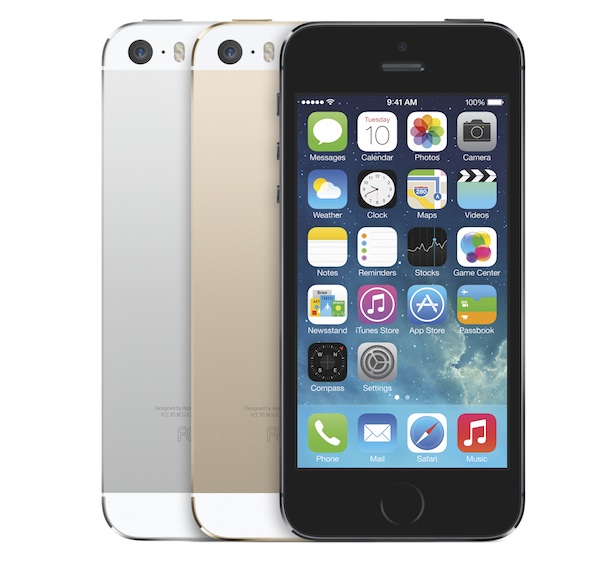 ¹ LTE is available through select carriers. Network speeds are dependent on carrier networks, check with your carrier for details.
² Based on theoretical speeds, actual speeds may vary.
³ Battery life depends on device settings, usage and other factors. Actual results vary.
⁴ iTunes Radio will be available with the launch of iOS 7 in the US.
⁵ For qualified customers.

MoviePass lowers annual subscription price to $6.95 per month MoviePass is the new unlimited subscription service for going to the movies for less than... 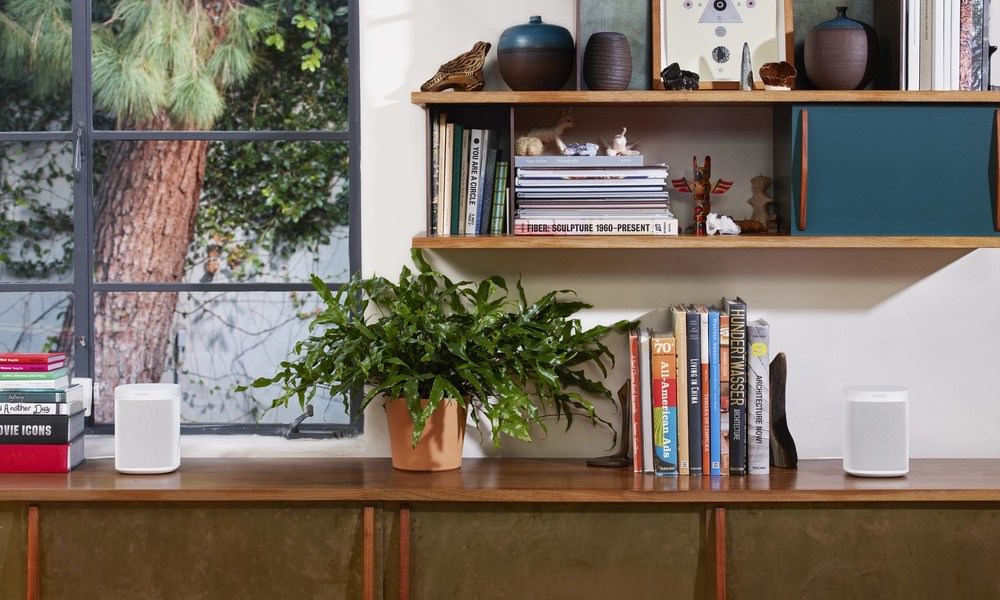 $349 Now Buys 2 Sonos One Smart Wireless Speakers For Stereo or Multi-room Listening Sonos may be on the brink of getting squeezed out... 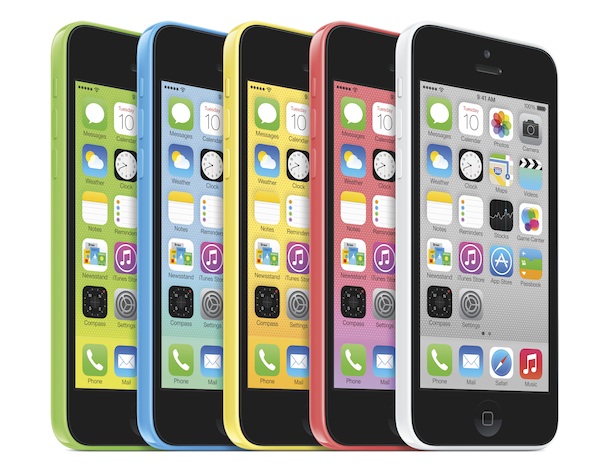 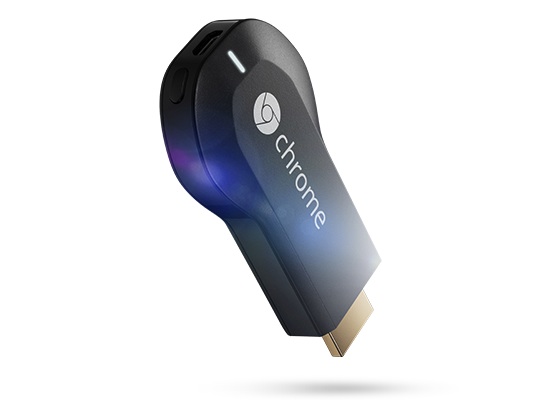 Google just announced a new way to stream movies, TV shows and the web to your living room HDTV with a $35 dongle called...

AT&T announced that starting July 26th consumers can get a new AT&T smartphone or tablet every year with no down payment, no activation fee,... 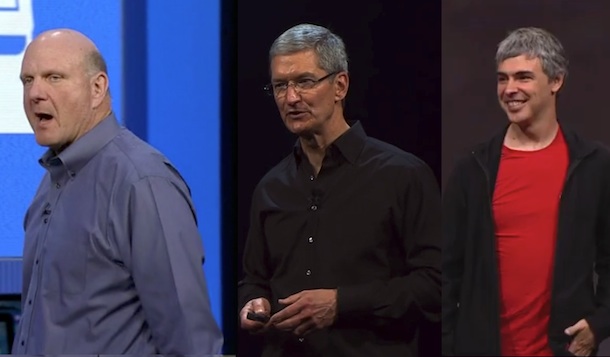 Watch All Three Tech Keynotes Here Learn the state of the tech industry right from the CEO’s of Apple, Google and Microsoft. Pull up... 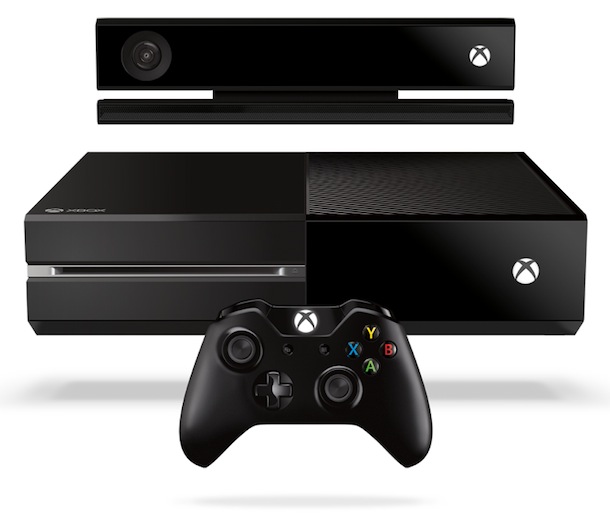 Microsoft today unveiled Xbox One, an all-in-one gaming and entertainment system for all your games, TV, movies, music, sports and Skype. The console is...