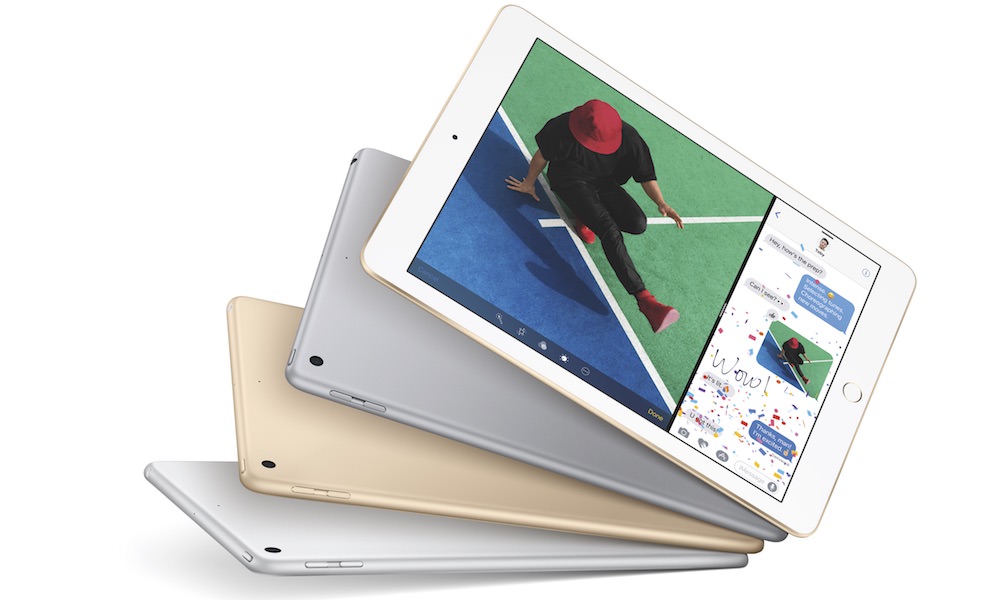 Apple released a new budget-priced 9.7-inch iPad today, and it is only $329. To get the price lower Apple dropped some features and lowered specifications from the one year old iPad Pro model of same size. The main thing you’ll forgo is the option to use the tablet with Apple’s Smart Keyboard or Pencil. There’s a slight performance hit, but it should be plenty fast for everyday use.

Although the iPad is new, it is powered by the same A9 processor chip that first debuted a year and a half ago in the iPhone 6s. Regardless, Apple says it delivers fast processing and graphics performance for apps and games, while maintaining the same all-day battery life customers have come to expect from iPad.

The front (1.2MP) and back (8MP) cameras are also a step down from iPad Pro cameras. However, they still offer exceptional low-light performance and HD video recording, making it fun and easy to FaceTime with friends and family and capture unforgettable memories using the large Retina display as a viewfinder. Ultrafast wireless means connecting with iPad is quick and easy, and support for LTE cellular bands worldwide helps customers stay connected when traveling. Apple SIM makes it even easier to connect to wireless data plans right from your device when traveling in more than 140 countries and regions. 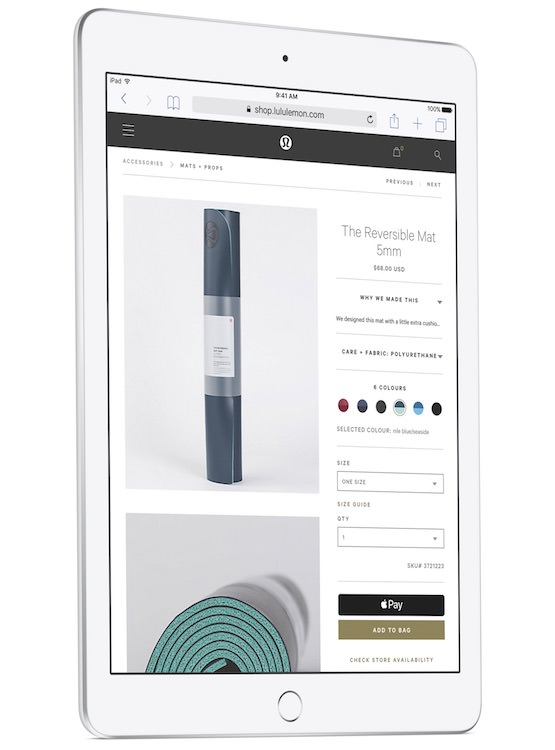 Touch ID gives iPad users a simple and secure way to unlock iPad, keep personal information private within apps and approve purchases from the App Store. With Apple Pay on iPad, paying for physical goods and services within apps or on a website in Safari has never been easier.

iPad comes with iOS 10, which brings more expressive and animated ways to communicate in Messages, new ways to use Siri with your favorite apps, beautifully redesigned Maps, Photos, Apple Music and News, and the new Home app, which lets you simply and securely set up, manage and control your home all in one place. Multitasking features including Slide Over, Split View and Picture-in-Picture help you do even more.

Apple now offers four iPad models in three different sizes, priced from $329 to $1129. View a comparison here. To add to the confusion, the iPad Air 2 model has been replaced by today’s new iPad, now just called iPad (again). The iPad mini 4 remains in the line-up but now offers more capacity (128GB) for the same price ($399).

Pricing & Availability
iPad comes in silver, gold and space gray beginning March 24, 2017 at 8:01am PDT at the following prices: