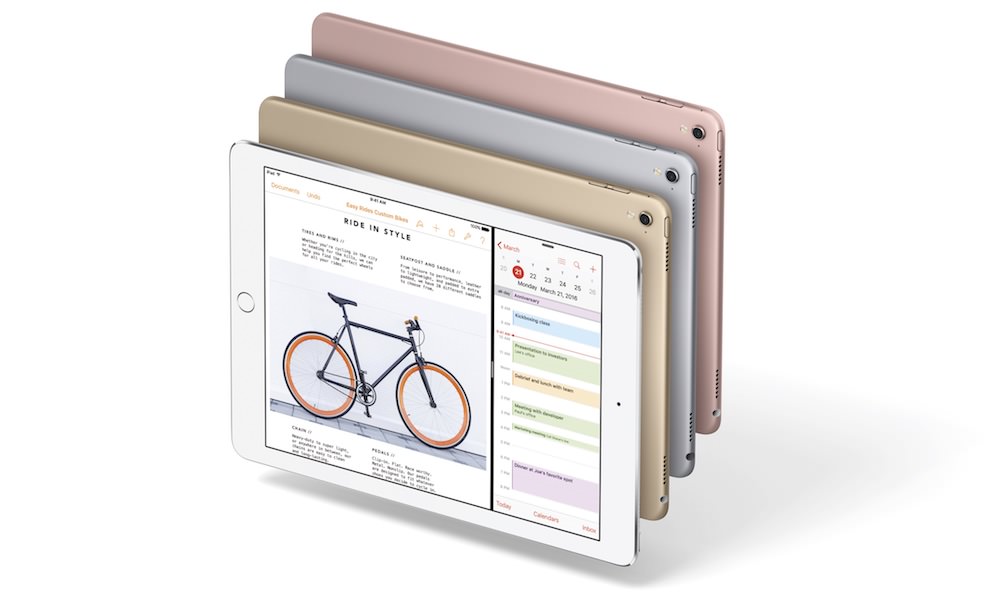 Works with Smart Keyboard and Apple Pencil, starts at $599

On March 21, 2016 Apple announced the 9.7-inch iPad Pro, which has the same size screen as the original iPad along with last year’s iPad Air 2. The new Pro model follows the larger, 12.9-inch iPad Pro announced six months ago. Both Pro models include support for the ultra sensitive Apple Pencil ($9) and a detachable Smart Keyboard cover ($149), which are sold separately. The new 9.7-inch iPad Pro offers improvements over both predecessors, with better front and rear camera that shoots 4K, a brighter display, greater color accuracy, and an ambient light sensor that dynamically calibrates the display that’s best for your eyes.

“It is the ultimate upgrade for existing iPad users and replacement for PC users.” 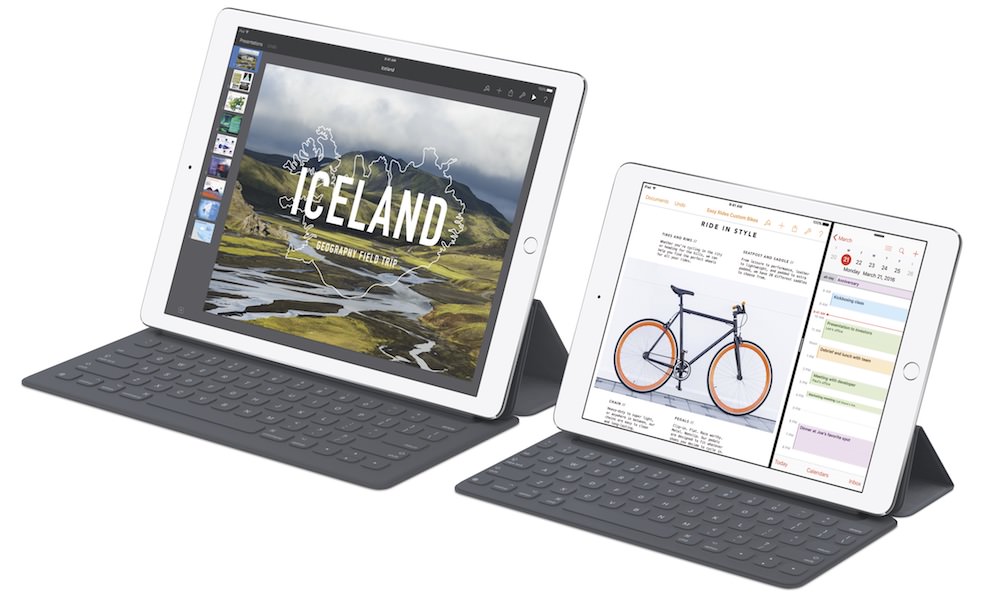 The 9.7-inch iPad Pro debuts a True Tone display, the first-ever in an Apple product. It uses new four-channel sensors to dynamically adjust the white balance of the display to match the light around you for a more natural and accurate, paper-white viewing experience. It should make content even easier to see indoors and out. Meanwhile, a new Night Shift feature uses iPad Pro’s clock and geolocation to automatically adjust the colors in the display to the warmer end of the spectrum after dark and may even help you get a better night’s sleep.

The new iPad Pro is exactly the same size and weight as iPad Air 2. On the inside, The 9.7-inch iPad Pro uses the faster A9X chip with M9 graphics co-processor. It also adds a few more bands of LTE, which could potentially make downloads 50% faster. Also, a new four-speaker audio system should make gaming more fun. But the main reason you’d want a Pro model is to use it with Apple Pencil for art and/or Smart Keyboard for laptop-like productivity. However, that privilege is costly since the Pro model is currently priced $200 more and the accessories together add-on another $250. 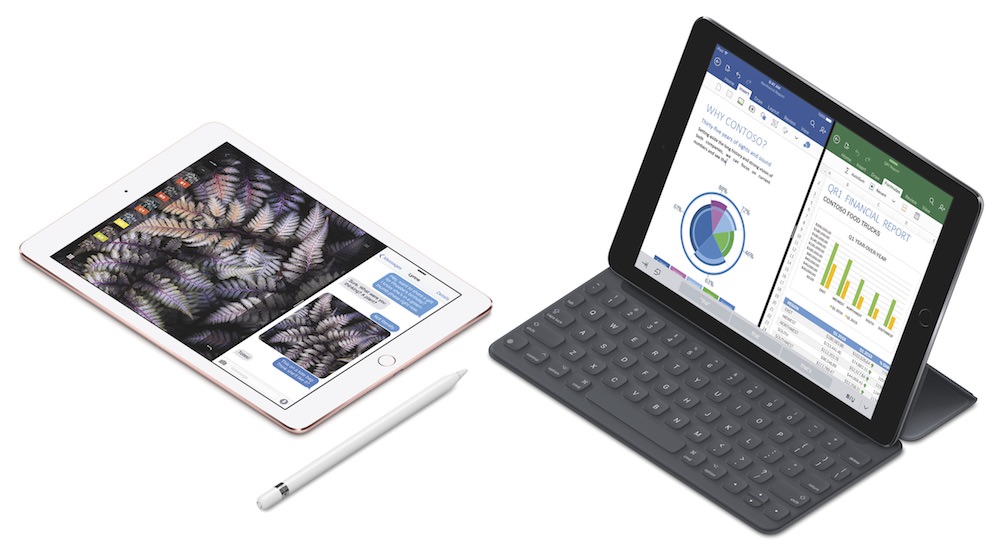 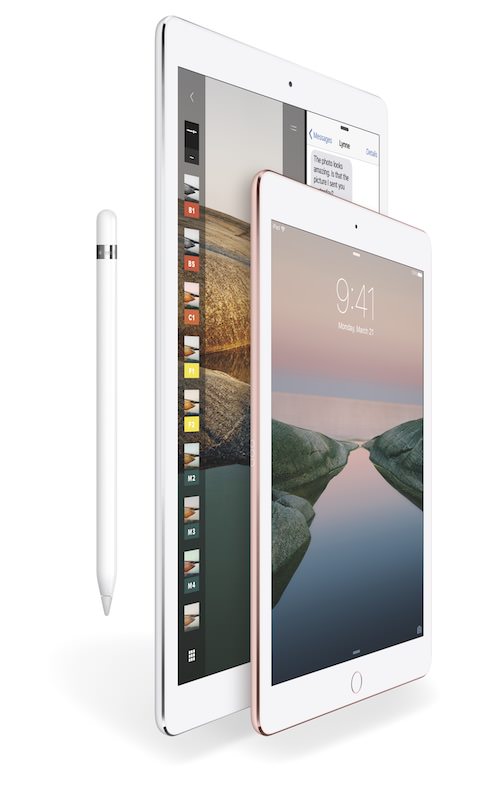