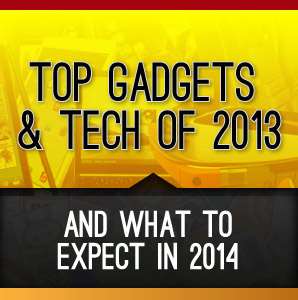 FinancesOnline.com has sent us their picks for the best and worst tech products of 2013. Since I agree with most of it, I thought it was worth reposting their infographic. Topics covered include smartphones, tablets, gaming systems, laptops, wearable tech, mobile OS, apps, and other gadgets, which are each ranked into four categories:

Delve into the infographic below, and let us know what you think they got right and wrong.