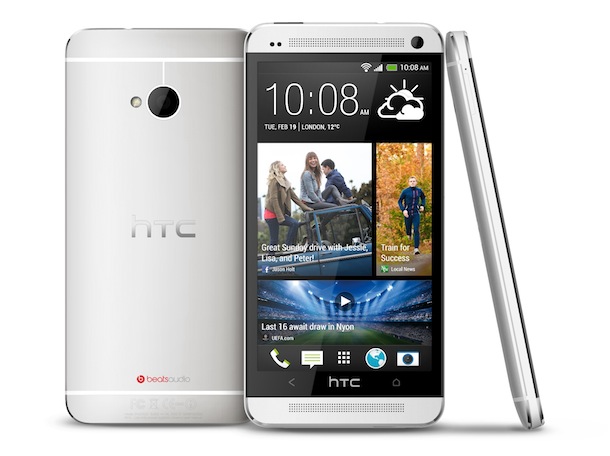 At the center of the new HTC One experience is HTC BlinkFeed, which transforms the home screen into a single live stream of personally relevant information such as social updates, entertainment and lifestyle updates, news, and photos with immersive images so that people no longer need to go to separate applications to find out what’s happening. HTC BlinkFeed aggregates the freshest content from the most relevant and interesting sources, giving it to people at a glance, all in one place, without the need to jump between multiple applications and websites.

To enable this new dynamic approach to the smartphone, HTC will provide both local and global content from more than 1,400 media sources with more than 10,000 articles per day from some of the most innovative media companies, such as the AOL family of media properties, ESPN, MTV, Vice Media, Cool Hunting, Reuters and many others.

A breakthrough HTC UltraPixel Camera with HTC Zoe gives users the ability to shoot high-resolution photos that come to life in three-second snippets. These Zoes, photos and videos are then displayed in a unique way that brings the gallery to life and transforms the traditional photo gallery of still images into a motion gallery of memories. It also automatically creates integrated highlight films from each event composed of Zoes, photos and videos set to music with professionally designed cuts, transitions and effects. These highlight videos can be remixed or set to different themes and can be easily shared on social networks, email and other services.

To enable this innovative camera experience, HTC developed a custom camera that includes a best-in-class f/2.0 aperture lens and a breakthrough sensor with UltraPixels that gather 300 percent more light than traditional smartphone camera sensors. This new approach also delivers astounding low-light performance and a variety of other improvements to photos and videos. In addition, the perfect self-portrait or video is just a tap away with an ultrawide-angle, front-facing camera, which supports 1080p video capture. Multiaxis optical image stabilization for the rear camera also helps ensure video footage is smooth whether stationary or on the move. HTC Zoe adds many other features and effects, such as enhanced 360-degree panorama, time sequencing and object removal.

For the first time on a phone, HTC includes front-facing stereo speakers with a dedicated amplifier which they’re calling HTC BoomSound. In addition, Beatsaudio integration is enabled across the entire experience for rich, authentic sound whether you’re listening to your favorite music, watching a YouTube video or playing a game.

HDR recording uses advanced dual microphones and audio processing to capture clean, rich sound that is worthy of HD video footage. Phone calls sound great on HTC One thanks to the addition of HTC Sense Voice, which boosts the call volume and quality in noisy environments so that conversations come through loud and clear. Furthermore, HTC claims to have improved antenna technology for better call clarity.

HTC Sense TV transforms the new HTC One into an interactive program guide and remote control for most TVs, set-top boxes and receivers. Tapping the power of the cloud, Sense TV makes it simple and intuitive to see what’s on and find that favorite show.

Global Availability
The new HTC One will be available in silver or black globally through more than 185 mobile operators and major retailers in more than 80 regions and countries beginning in March 2013. Sprint, T-Mobile and AT&T will carry the phone in the U.S. Pricing TBD. 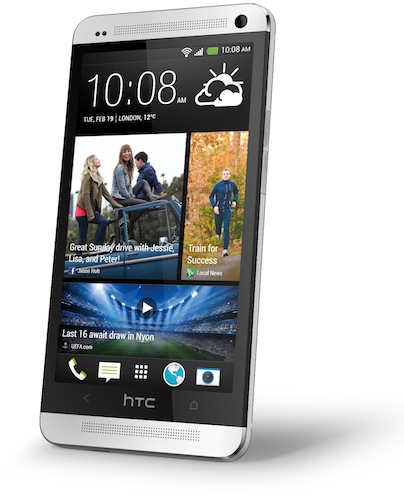