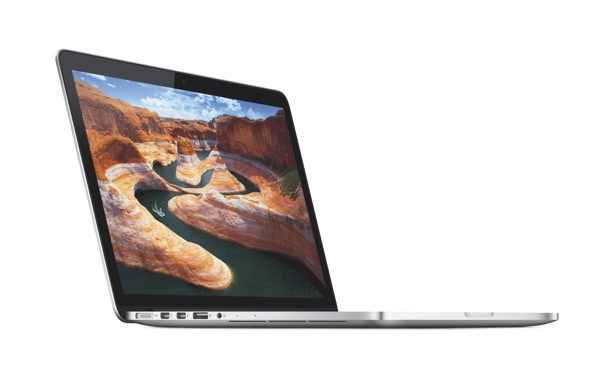 The new MacBook Pro packs more than 4 million pixels (2560×1600) into its 13-inch Retina display, nearly twice the number of pixels in an HD television. At 227 pixels per inch, the Retina display’s pixel density is so high the human eye is unable to distinguish individual pixels at a normal viewing distance, so images look sharp and text looks like it does on the printed page. With four times the pixels of the current 13-inch MacBook Pro, you can view and edit video in pixel-accurate 1080p and see a new level of detail in high resolution images. The 13-inch Retina display uses IPS technology for a 178-degree wide viewing angle, and has 75 percent less reflection and 28 percent higher contrast than the current generation.

Featuring flash storage that is up to four times faster than traditional notebook hard drives, the all-new MacBook Pro is extremely responsive, whether it’s waking from sleep or launching your favorite apps. Fast flash storage combined with the latest Intel dual-core processors gives the 13-inch MacBook Pro with Retina display plenty of power to run your most demanding apps with ease. 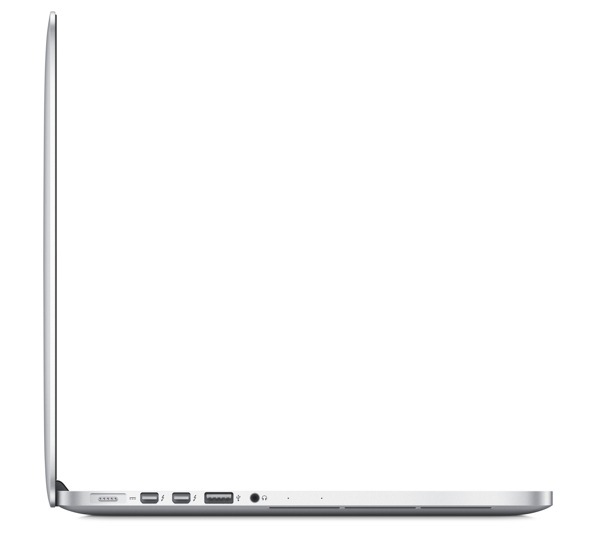 The 13-inch MacBook Pro battery delivers up to 7 hours of wireless productivity and can remain in standby for up to 30 days. With the all new Power Nap feature in OS X Mountain Lion, your MacBook Pro with Retina display stays up to date while it sleeps. Power Nap automatically refreshes Mail, Contacts, Calendar, Reminders, and Photo Stream, and when the notebook is plugged in, downloads software updates and backs up your Mac using Time Machine.

Continuing Apple’s commitment to energy efficiency and the environment, the new 13-inch MacBook Pro with Retina display meets stringent Energy Star 5.2 requirements and achieves an EPEAT Gold rating. Each unibody enclosure is made of highly recyclable aluminum and comes standard with energy efficient LED-backlit displays that are mercury-free and made with arsenic-free glass. Apple notebooks contain no brominated flame retardants, are PVC-free and are constructed of highly recyclable materials.

The new 13-inch MacBook Pro with Retina display ships with OS X Mountain Lion, bringing Messages, Notification Center, system-wide Sharing, AirPlay Mirroring, Dictation, Game Center and the enhanced security of Gatekeeper to your Mac. With iCloud built into the foundation of OS X, Mountain Lion makes it easier than ever to keep your content up to date across your Mac, iPhone, iPad and iPod touch.