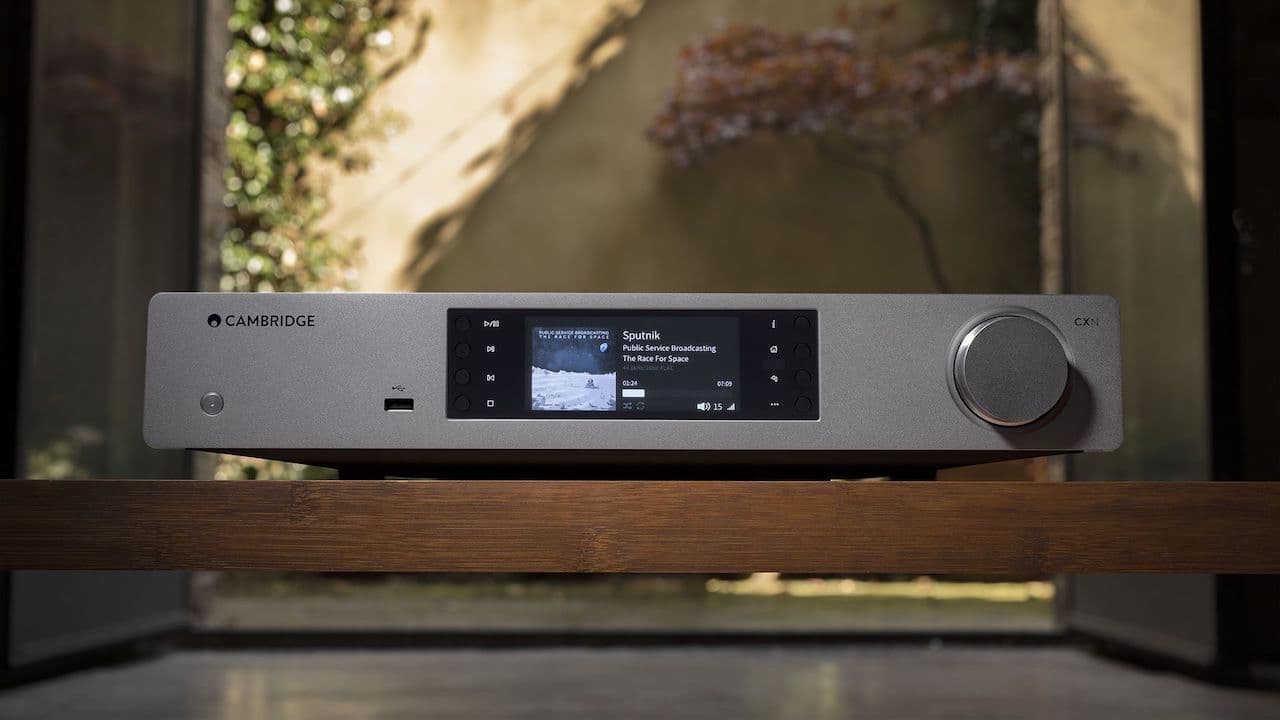 But understand that there isn’t a single affordable digital music streamer that can do it all and offer support for every platform, casting technology, MQA, DSD, or 32-bit/384. And that’s perfectly fine.

The Bluesound NODE is probably the best all-around affordable digital streamer right now and as we discovered recently with our first listen to the Bluesound Pulse Mini 2i and Pulse Flex 2i wireless speakers — it is also a fantastic digital hub to support a multi-room system in your home. The Future-Fi aspect of it is real.

That dilemma also applies to high-end digital streamers as well. A high price does not guarantee support for every streaming service like Qobuz or Tidal, or support for AirPlay 2, Chromecast, Tidal Connect, Spotify Connect, Bluetooth aptX or aptX HD.

There will be hiccups along the way when it comes to support for MQA, DSD, or new casting methodologies like Tidal Connect — which allow you to stream directly from the native app on your laptop, iPad Pro, or mobile phone to a 3rd party hardware device like a streamer.

The recent introduction of Apple Music with lossless streaming, and the forthcoming release of Spotify HiFi will force manufacturers to make a choice (and pay a hefty licensing fee) in regard to which streaming platforms they want to support natively with the best possible sound quality.

Will existing digital streamers support Apple Music with Spatial Audio? Will they require firmware updates for that to happen and when will that support show up?

Another feature to pay close attention to is the quality of the control app. They are not created equal and some of them are quite rudimentary in their functionality and often wonky from an operational perspective. Firmware updates often fix one problem and create another.

Affordability is one of the best ways to get new people interested in high-end audio and this streamer delivers. It doesn’t do 24-bit/48.1kHz or higher but it sounds so good for the money with almost everything that who really cares.

The Andover Audio Songbird (review) offers high-resolution digital audio playback for the paltry sum of $149; making it one of the least expensive digital streamers available. The digital output of the Songbird is limited to 16-bit/44.1kHz so it will not pass 24-bit or higher to an external DAC. The analog output, however, sounds better in our honest opinion and it’s what we use to listen to Qobuz or Tidal through a number of excellent integrated amplifiers.

Another useful addition to the Songbird is the Optical TOSLINK input which users can connect to something like a Roku streaming box.

Wireless connectivity includes support for AirPlay and Bluetooth. The Songbird does not offer gapless playback with Tidal or Qobuz just yet through its own control app. AirPlay is also limited to 16-bit/44.1kHz.

The best way to use the Songbird is with a hardwired Ethernet connection and using the Andover app; which offers support for Tidal, Qobuz, and Spotify.

The Songbird isn’t a very forward sounding streamer which I think was a smart move on the part of the manufacturer. It gives you some wiggle room when it comes to selecting a DAC.

The NODE is one of the most comprehensive streamers with support for MQA, all of the major streaming services, AirPlay 2, voice control through Amazon Alexa, and now comes equipped with an internal 32-bit/192kHz DAC which means that you can run it directly into your amplifier as a source.

The new NODE carries over the TOSLINK and Coaxial digital outputs from the previous Node 2i streamer, but we’re more curious about the addition of a USB digital output for the first time. Bluesound and NAD have included USB on other components but they’ve only been used previously for firmware updates.

There have been promises before about USB on the NODE so we’re not commenting on its performance until Bluesound enable it with a firmware update.

The NODE now features an HDMI eARC input on the back panel, to keep your setup flexible and future-friendly. Designed to be as comfortable in a two-channel TV system or gaming console as it is in an audiophile’s dedicated listening room, the NODE provides a hi-res experience no matter where it’s used.

Wi-Fi connectivity, a Gigabit Ethernet RJ45 input, and support for two-way Bluetooth 5.0 aptX HD makes the NODE a very comprehensive solution for most users. This Roon-ready device also plays well in the sandbox with other ecosystems aside from BluOS and sounds decidedly analog for a digital component. New compatibility with Tidal Connect is just additional icing on your Vachon cake.

The NODE may not deliver the same degree of resolution as some of the more costly digital streamers in our survey but we’re big fans of this unit for its functionality, access to almost every single music streaming service available, and how easy it is to make this work with all types of systems. The more expensive POWERNODE ($949 at Crutchfield) network amplifier from Bluesound sounds better, but the NODE is a very well-designed product.

The CXN V2 is the least expensive network streamer in the Cambridge Audio line-up, but don’t let that get you down because it’s one of the best below $2,000 right now for a number of reasons. Being a Roon-ready endpoint is a great feature but that’s only relevant for those who want to be locked into that specific ecosystem. Cambridge offers the StreamMagic app for iOS and Android which works just fine with streaming services like Tidal, Spotify, or Qobuz. The CXN V2 has a very readable display which is sufficient for viewing album art, and the app is quite responsive.

From a connectivity perspective, the CXN V2 offers USB, TOSLINK optical, and S/PDIF coaxial digital inputs which means that you can run a CD player or other legacy digital device through the network player and utilize its 24-bit Wolfson DAC. With support for Chromecast and Apple AirPlay 2, the CXN V2 (aptX Bluetooth requires an adapter) offers a comprehensive way to connect to the world of digital streaming. The unit is easy to operate, reliable (it doesn’t freeze very often – something I can’t say for every network streamer), and it feels like you’re getting a solid piece of audio engineering.

The CXN V2 sounds very impressive on its own which will make it a practical option for a lot of listeners, but when you connect it to an external DAC that can put some additional meat on the bones while carving out a very defined soundstage – this network streamer will quickly make you question the need to spend anything more.

In the plug-and-play streamer category which includes the ability to hide inside a cabinet and control remotely with access to your music collection and streaming services via your home network, the ultratender from Sonore is one of the best and most reliable streamers available. The ultraRendu utilizes high grade parts, including an ultra-low jitter FEMTO oscillator, has a customizable OS, and offers excellent resolution, a warm tonal balance, and excellent sense of momentum.

There is a learning curve associated with this, but the ability to tweak the ultraRendu to meet your specific needs will be a bonus for many users. Not every streaming customer uses Roon and there is something to be said about not being tied into one specific ecosystem. Run a single USB cable into your DAC of choice after connecting the ultraRendu via an Ethernet cable to your router and you’re good to go.

Roon Labs have introduced two generations of music servers based around its playback and library management platform and there is no question that it’s the best choice if you utilize multiple streaming platforms like Tidal, and Qobuz and want to use Roon exclusively. The Linux-based server is set-up and managed through your smartphone, tablet, or computer and the learning curve is not too severe. Technical support offered by Roon is excellent and there is a growing community of users online to help you based on their own experience with the product. The Nucleus and Nucleus+ come pre-loaded with Roon’s software, but you still have to pay to activate your subscription. Roon is now offering a 1-year subscription included in the price.

The library can hold more than 10,000 albums, and the server can handle up to 6 simultaneous zones of playback.

Designed and manufactured in Portugal, the ZENMini MKIII is both a music server, Roon-endpoint, and Roon Core platform if you require a hub for a multi-room system. This two-box system will rip your CD collection, organize your metadata, and give you enormous long-term flexibility running Roon along with streaming services such as Tidal, and Qobuz. The ZENMini MKIII can be run as a music server into an external DAC, via its analog outputs directly into your amplifier, or from its Ethernet output into your router for distribution to Roon endpoints scattered throughout your home.

Connected to something like the Schiit Audio Yggdrasil or Holo Audio Spring KTE DACs, the ZENMini MKIII is capable of delivering outstanding digital sound quality for under $4,500; which is not inexpensive but you would have to spend a lot more in the high-end space to achieve a lot more. If you prefer a more analog sounding presentation – this is the combination to consider.

The HiFi Rose RS201E (review) has to offer a lot of performance, features, and connectivity options to be competitive in this space – and for the most part it succeeds quite well at all 3 tasks.

Its ability to stream and play back video will be of obvious value for people who want an easy way to connect a media player to a HDTV. It’s very easy to run a HDMI cable and one set of loudspeaker cables from the RS201E to a television and pair of loudspeakers and you’re done. Yes — it can power loudspeakers as well.

The unit demonstrated superb Wi-Fi stability in a home filled with wireless devices that are always competing for bandwidth. That might sound trivial, but I’ve reviewed far more expensive media streaming devices that struggled with such a task.

The decision to include both USB and S/PDIF digital outputs was the smart choice with the RS201E because many users are going to consider connecting the media player to an external DAC, A/V receiver, or active loudspeakers with digital inputs.

The HiFi Rose RS201E’s touch screen interface is one of its strongest features and it was not far behind the Naim Uniti Atom in that regard. Album art when streaming from Tidal or Qobuz looked quite impressive on the wider screen.

A very compelling digital music streamer that only continues to improve with each firmware update. 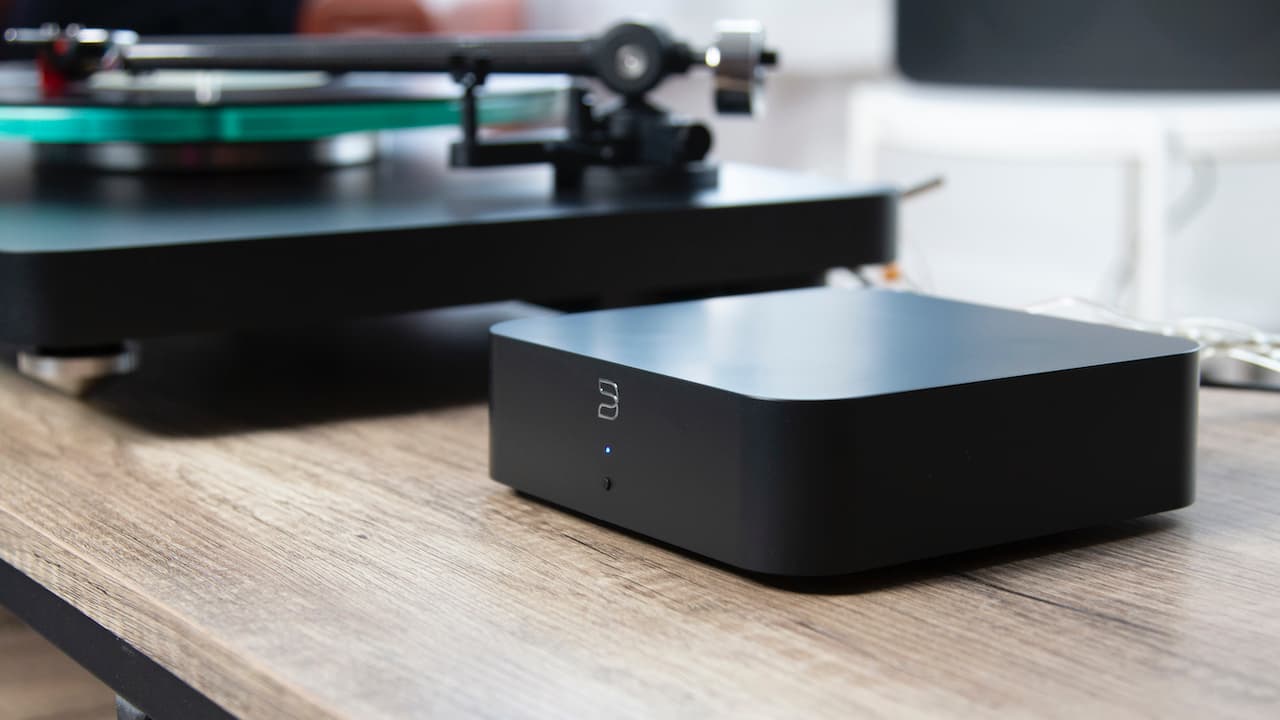 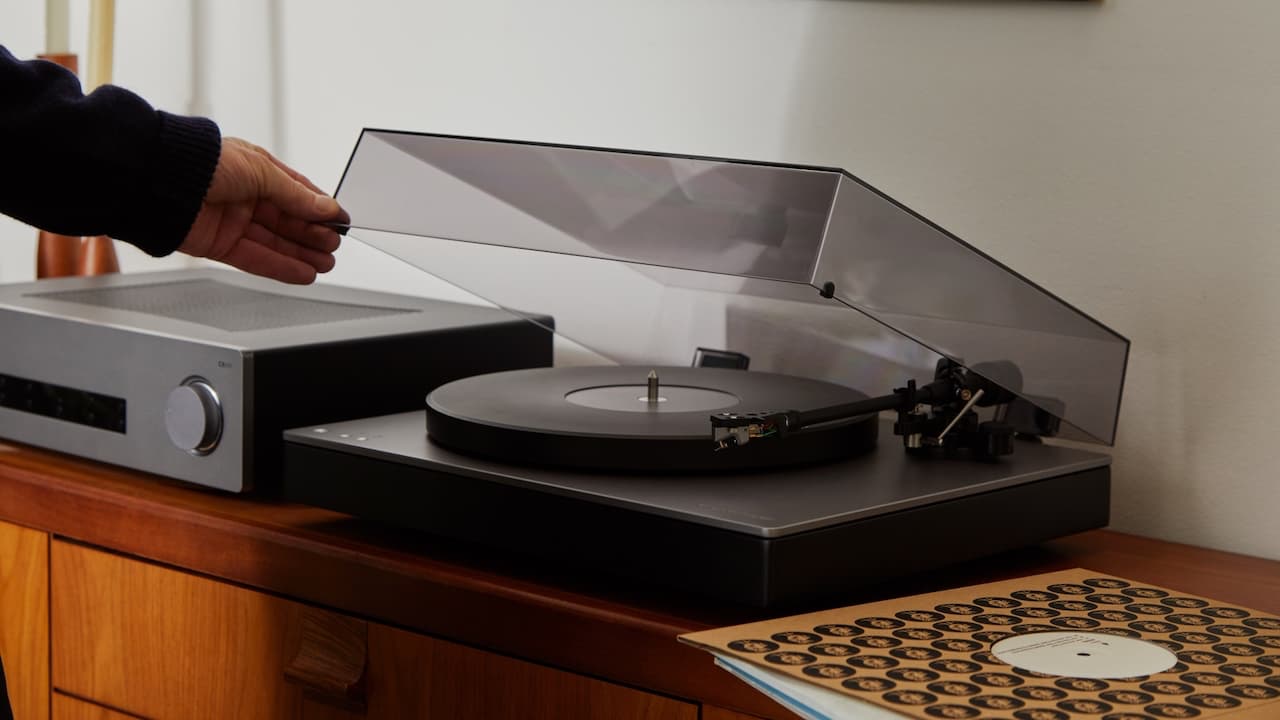 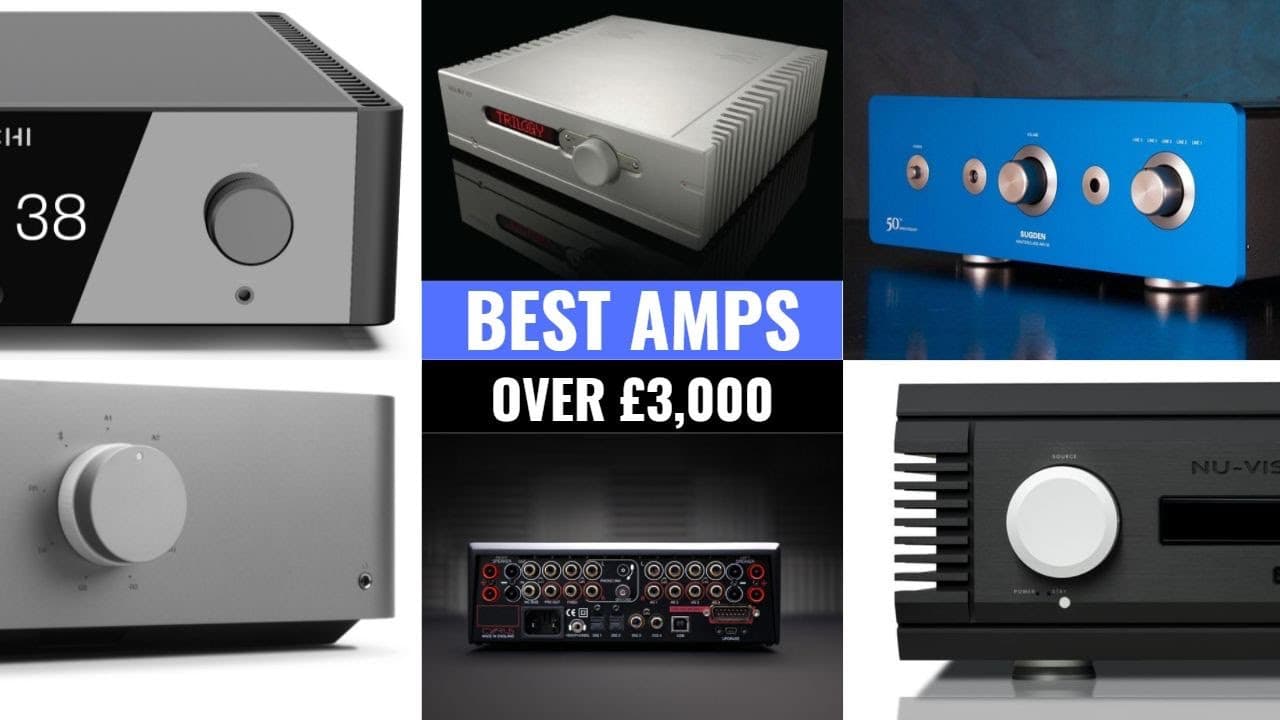 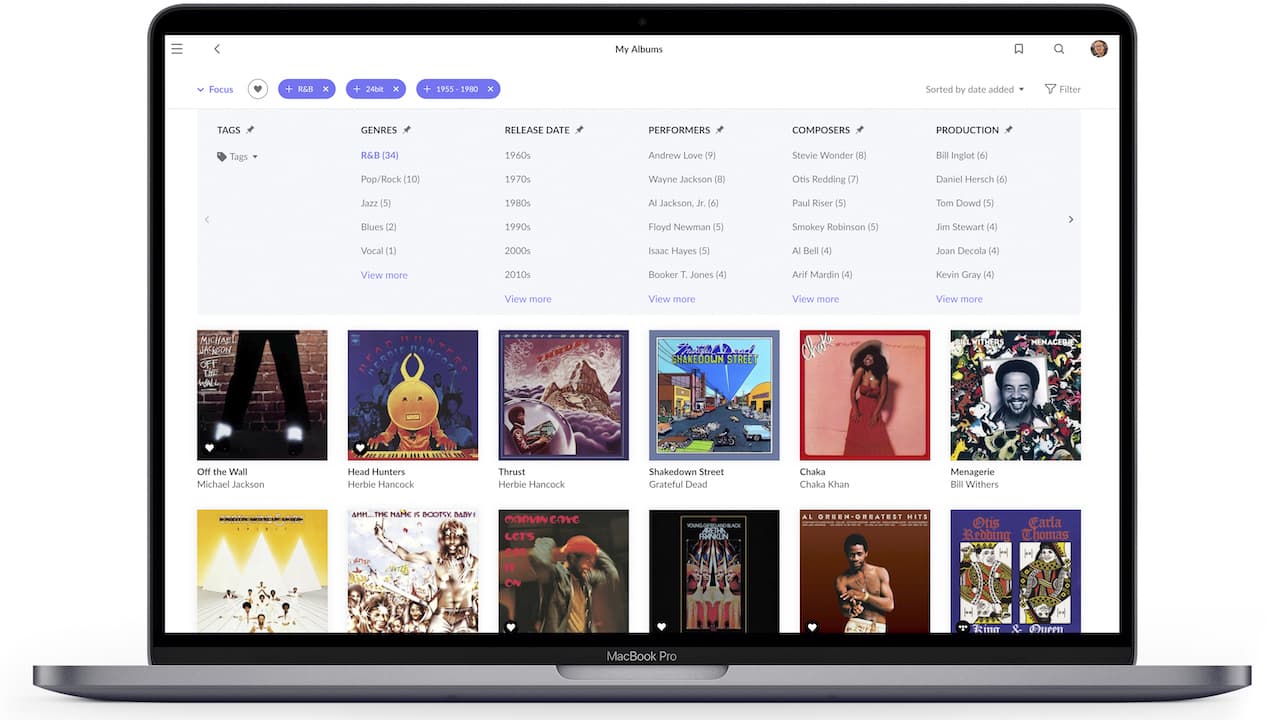 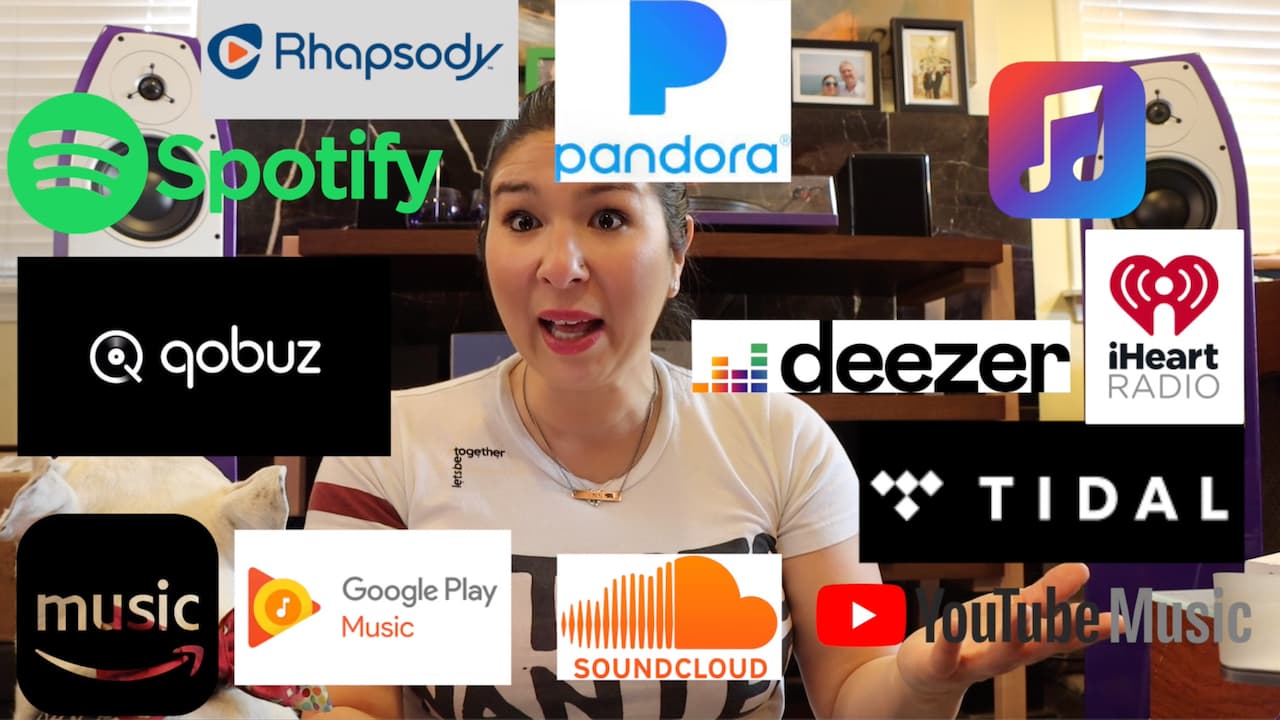 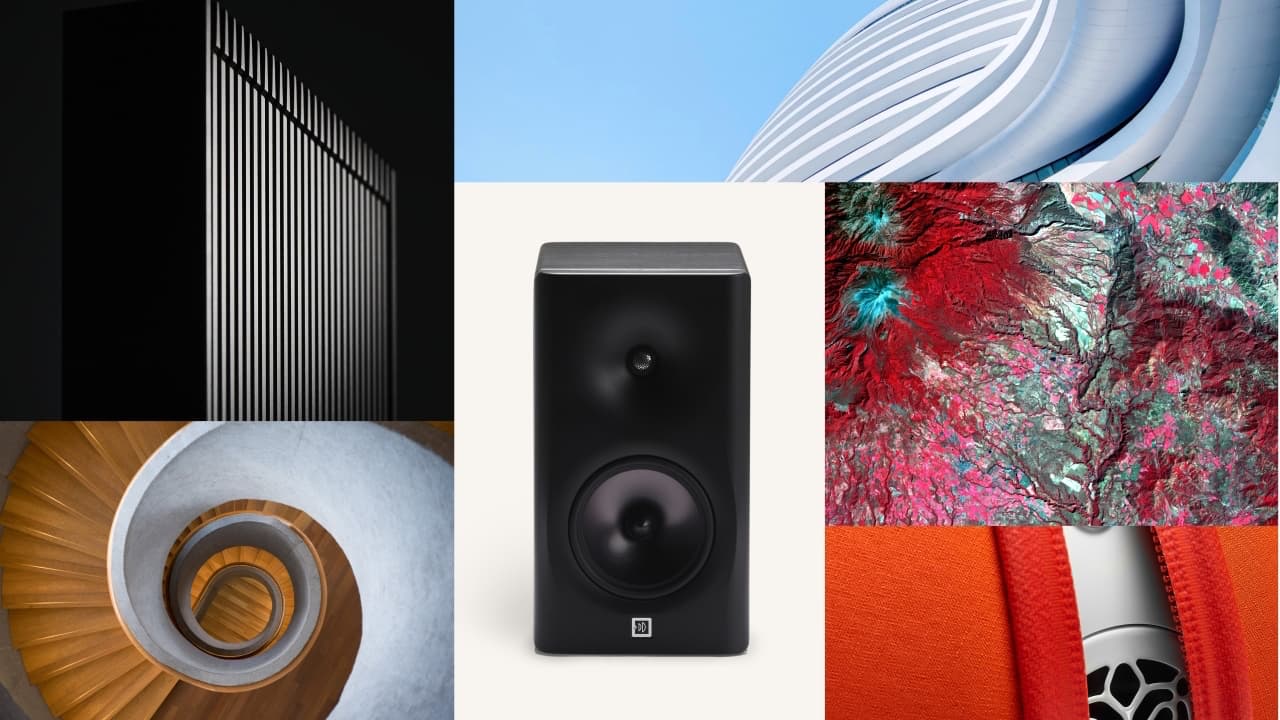