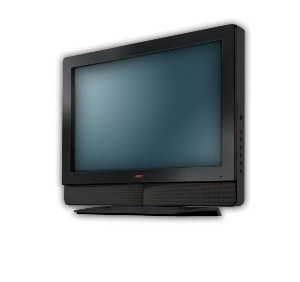 Wal-Mart to include VIZIO as it further enhances electronics selections

VIZIO, maker of multiple award-winning lines of high definition flat panel TVs, announced the arrival in stores of four new LCD HDTV models at Wal-Mart stores. The addition of VIZIO brand HDTV’s is part of Wal-Mart’s nationwide effort to expand its service, values and selection in electronics, offering customers the most sought after digital, communication and home entertainment items.

The four new VIZIO LCD flat panel HDTV’s touting all black designs are available in all of Wal-Mart’s 3300+ US stores include the VW26LHDTV, VW32LHDTV, VW37LHDTV and the VW42LHDTV. The sizes range from 26-inches to 42-inches with prices starting at an amazing $448.

“Wal-Mart is an ideal retail partner for VIZIO to further expand its national distribution,” says Jeff Schindler, vice president marketing for VIZIO, Inc. “Moreover, this partnership is one of shared values, where the success of both companies is based on reputations for providing customers quality products at remarkable prices.”

“Wal-Mart’s decision to add VIZIO to its electronics department was not only in response to VIZIO’s exceptional value-added products but to the company’s phenomenal growth performance coupled with customer response to VIZIO in our Sam’s Club division,” says Kevin O’Connor, vice president and general merchandise manager for Wal-Mart’s consumer electronics. “Our customers are more technology driven than ever before and are now searching for the right brands at the right price.”

VIZIO attributes much of its growth to notable product performance at breakthrough prices — coupled with today’s most competitive service polices, such as free on-site repairs for a full year after purchase.

According to DisplaySearch President Ross Young, “VIZIO was one of the few brands to earn sequential growth in North America in Q1’07 due to its strength in the rapidly growing warehouse club channel along with expansion into new channels through Wal-Mart and Sears. As a result, its North American flat panel TV unit share surged from 5% in Q4’06 to 9% in Q1’07 and it rose from the #9 position in Q4’06 to #4 in Q1’07. In addition, in the important 32″+ flat panel category, VIZIO rose from #5 to #3 and led the 37″, 42″, 47″ and 60″+ flat panel market segments.”

The V, VIZIO, Gallevia, Maximvs, Where Vision Meets Value names, phase and symbols are trademarks or registered trademarks of VIZIO, Inc. All other trademarks may be the property of their respective holders.