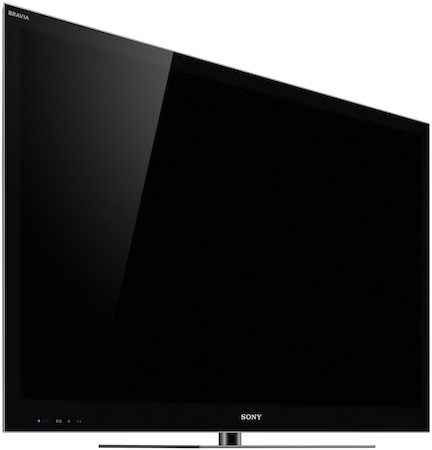 With built-in Wi-Fi and access to Sony's BRAVIA Internet Platform and the company's new movie service, Qriocity, the Sony not only offers a great picture, but access to a massive amount of online content to match.

Features (for all models)

Also, anyone who purchases one of the new 3D BRAVIA models will receive two free Blu-ray 3D titles and a PlayStation® Network voucher enabling 3D BRAVIA purchasers to download stereoscopic 3D gaming experiences on the PS3.

Price and Availability
Each model will be available in September at the following MSRPs:

“BRAVIA is optimized to deliver the best possible 3D consumer experience by leveraging the vast knowledge from our theatrical and professional products groups. 3D is driving the growth of the entertainment industry and only Sony is involved in every stage of the platform.”
— Chris Fawcett, Sony VP Television Business