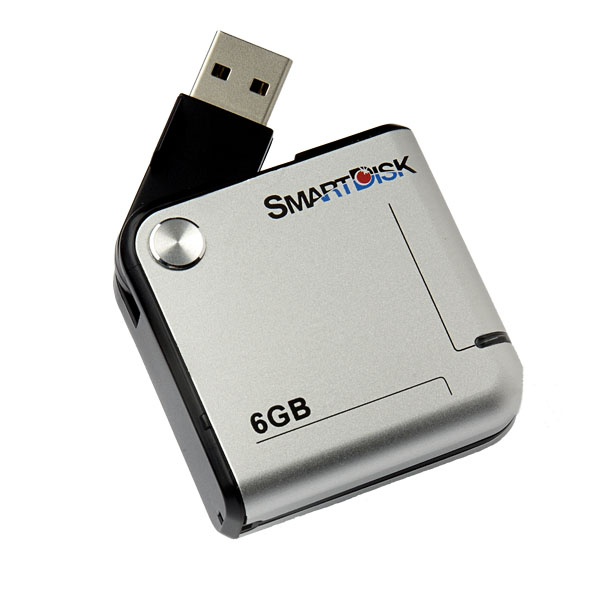 “Our new ByteSize drive offers the perfect combination of size and storage,” says Charles Klinker, Vice President, Marketing for SmartDisk. “It’s small enough to slip into your pocket while offering the capacity to store hours of video or music and thousands of photos.”

Pricing and Availability
Suggested retail price for the 6GB model is $119.99 and $149.99 for the 8GB version. ByteSize is now available through retailers and distributors as well as through the company’s Web site at http://www.smartdisk.com.

About SmartDisk Corporation
SmartDisk is a leading provider of portable, network and multimedia storage products and technologies that enable people to enjoy, share and preserve digital content and information. Headquartered in the U.S., with operations in Europe and Asia, SmartDisk sells and supports its products worldwide. For more information, go to http://www.smartdisk.com.