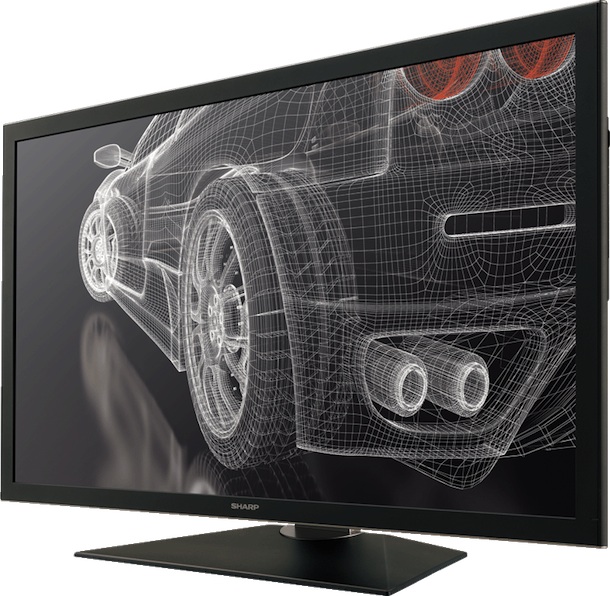 At CES 2013, Sharp is revealing its state of the art 32″ (31.5″ diagonal) class professional LCD monitors, the PN-K321 and a touchscreen monitor prototype, which feature IGZO technology with ultra-high-definition 4K × 2K resolution (3,840 × 2,160 pixels), four times the pixel resolution of full high definition. These models also boast the industry’s thinnest design at just 35mm. The touchscreen monitor prototype is capable of 10-point multi-touch option, allowing users to perform multiple gestures at once simply by touching the screen, which is especially useful for portraying and interfacing with images, graphics, complex visual elements or architectural designs.

Featuring much smaller thin-film transistors (TFTs) as compared to conventional displays, IGZO technology also significantly increases the amount of light transmitted per pixel. As a result, these advanced displays portray vibrant and crisp content with the ability to zoom in to examine the detail of a picture or text, or pan out to view content from a wider angle. This can help boost operational efficiency and reduce eyestrain by sparing users the need to scroll frequently. 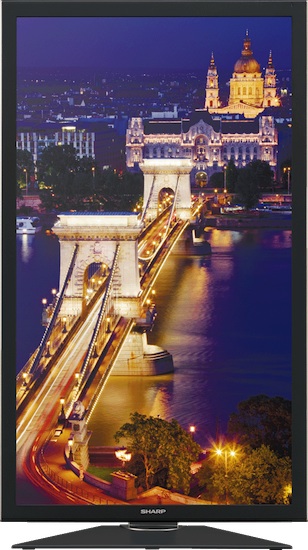 Combining Sharp’s IGZO technology with a brilliant white, edge lit LED backlight system, these state-of-the-art monitors measure only 35 millimeters at their thickest point (that’s less than an inch and a half), making them the industry’s thinnest design in their class.

Sharp says it is the first company to successfully mass produce IGZO (Indium Gallium Zinc Oxide), an innovative compound that replaces the industry standard amorphous silicon material used for the active layer in thin-film transistors (TFTs). IGZO has the potential engender a whole generation of display products that produce high resolution images, are dramatically more energy efficient and are ultra-responsive to touch.

Additionally, the series is outfitted with two HDMI ports and one DisplayPort interface which are both capable of using a single connector cable in order to transmit an ultra high resolution signal, helping to simplify cable management and reduce desktop clutter. Backed by Sharp’s 3-year limited warranty, both models support landscape and portrait orientation and are designed for 24/7 operation.

Price and Availability
The Sharp PN-K321 (non-touch model) is planned to launch in February 2013, with the touch model soon to follow.