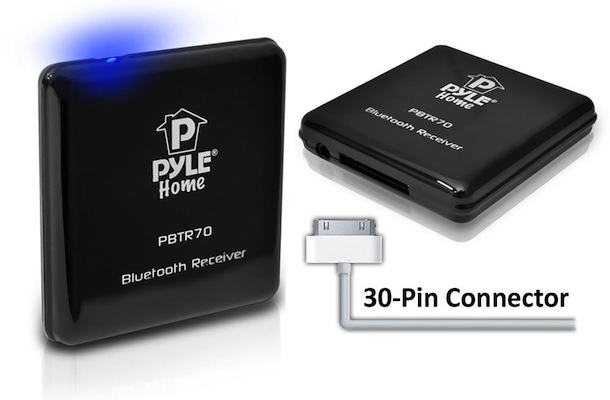 Pyle introduced the BlueReach (model PBTR70), a 30-pin Bluetooth Adapter that plugs into any iPod speaker dock, making it wireless capable for streaming from any Bluetooth-enabled smartphone or tablet, which include Android devices and newer Apple products that use a lightning connector. The BlueReach breathes new life into existing iPod speaker docks, that became almost worthless when Apple changed its dock connector with the latest generation iPhone, iPod and iPad products. 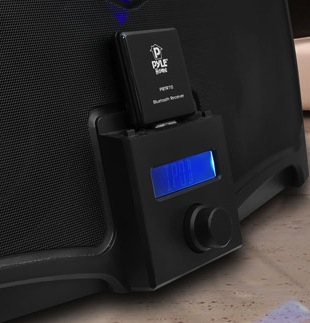 Able to function at a range of up to 33 feet, the BlueReach adds wireless functionality while also freeing the user to maintain mobile device functionality such as emails, texting and internet use. The innovative plug-and-play interface allows the user to simply plug in the 3-inch receiver and play music wirelessly throughout the home or while on the go. Additionally, the user is able to plug in any device that uses a 3.5mm plug to stream music via Bluetooth. With its three level LED illumination, setting up your BlueReach device is simple and convenient. Of particular importance is the BlueReach’s ability to also operate outside of the Apple platform, which makes it the ideal choice for Android and Blackberry users who can easily connect using their Bluetooth. 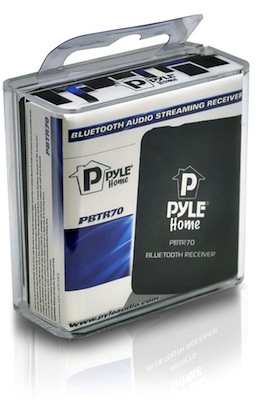 Price and Availability
The Pyle Audio PBTR70 BlueReach Adapter is available for $66.99.