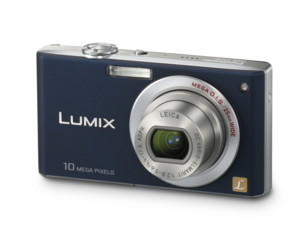 “With the Panasonic LUMIX FX35’s 25mm ultra-wide-angle lens, we are providing consumers with a camera that captures remarkable and unprecedented width and depth — all available in a slim camera that is small enough to carry in a pocket or small purse,” said Alex Fried, National Marketing Manager, Imaging, Panasonic Consumer Electronics Company. “Consumers are gradually beginning to understand the value of wide-angle lenses. When they fully understand that the FX35 can help them capture almost double the frame, meaning they can squeeze twice as many friends into the group shot, we’re confident we’ll have some happy digital photographers.” 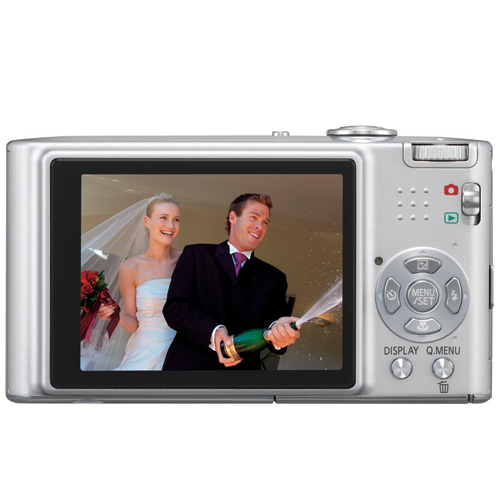 The FX35 features a fourth-generation high-performance image processing LSI, the Venus Engine IV. The Venus Engine IV produces higher-quality digital photos, as compared to the Venus Engine III predecessor, with an advanced signal processing system that produces a quick response time. The shutter release time lag is as short as 0.005 second, making it easier to capture sudden, spur-of-the-moment photo opportunities. In burst shooting mode, the DMC-FX35 can snap 2.5 shots per second at full resolution**. Also, in High-Speed Burst shooting mode***, it fires an incredible 6 shots-per-second, plus unlimited consecutive shooting****, which lets the consumer snap photos until the memory card is full.

Consumers can view slideshows on the FX35’s 2.5-inch LCD, and new this year, can also add mood-appropriate music, choosing from natural, slow, urban or swing tunes. The LUMIX FX35 incorporates an Intelligent LCD, which detects the lighting condition and controls the brightness level of the LCD in 11 fine steps, to offer a display with the most appropriate clarity in any situation. Users can also enjoy slideshows of captured images with music effects to match the mood of the images. Furthermore, the High Angle mode makes the LCD screen extremely easy to view when the camera is held high, such as when shooting over a crowd.

The DMC-FX35 will be available in March 2008 in silver, black and blue, models with a manufacturer’s suggested retail price of $349.95. 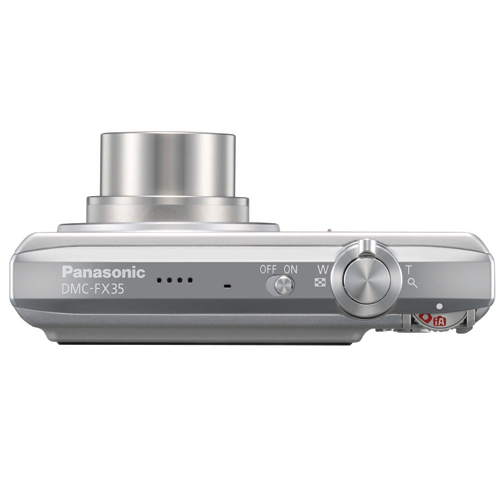 About Panasonic Consumer Electronics Company
Based in Secaucus, N.J., Panasonic Consumer Electronics Company is a Division of Panasonic Corporation of North America, the principal North American subsidiary of Matsushita Electric Industrial Co. Ltd. (NYSE: MC) and the hub of Panasonic’s U.S. marketing, sales, service and R&D operations. In its commitment to provide consumers with extensive imaging resources, Panasonic LUMIX established the Digital Photo Academy, a series of nationwide workshops designed to instruct consumers how to optimize the features on their digital cameras and produce high-quality photos. Panasonic is honored to support OUR PLACE — The World’s Heritage, a project that will create the world’s largest photographic collection of UNESCO World Heritage sites, with acclaimed photographers exclusively using LUMIX digital cameras to capture all images. Information about Panasonic LUMIX digital still cameras and its affiliated programs is available at www.panasonic.com/dsc.