With the 3D conversion lens, users can take video recording to the next level and record 3D images with Panasonic's new line of 3MOS camcorders. Once recorded, consumers can play back the 3D images or video on a VIERA 3DTV, a compatible 3D TV, or through an AVCHD-compatible player/recorder, such as Panasonic's Blu-ray Disc player. 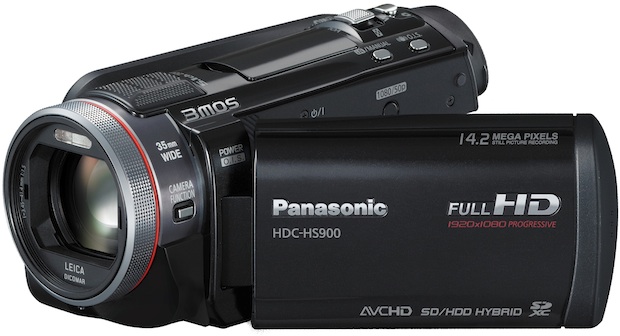 The HDC-TM900 and HDC-HS900 feature 3.5″ LCDs, while the HDC-SD800 features a 3.0″ LCD. Not only do the models include wide screens, they are now easier to use with advanced touch operation that allows for extremely smooth shooting and playback, with new touch operation functions including:

All three models can record to SDXC/SDHC/SD Memory Cards, while the HDC-TM900 also has 32GB of internal memory and the HDC-HS900 has a 220GB hard disk drive for additional memory storage.}At the heart of Panasonic's advanced processing system is the high-sensitivity 3MOS sensor with 7.59 million effective motion image pixels (2.53 megapixels x 3). The 3MOS sensor separates light received through the lens into the three primary colors — red, green and blue — processing each independently for professional-like color quality, detail and gradation.

The Panasonic HDC-TM900, HDC-HS900 and HDC-SD800 camcorders also feature the large diameter (46mm) F1.5 Leica Dicomar Lens which produces brighter images and helps suppress ghosts and flare, while also minimizing distortion and degradation of contrast and resolution. In addition, its 35mm wide-angle capability makes it ideal for many different shooting situations, such as self-portraits and group photos indoors, and landscape shots outdoors. 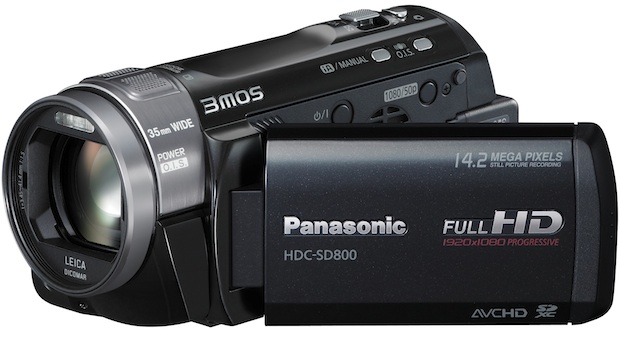