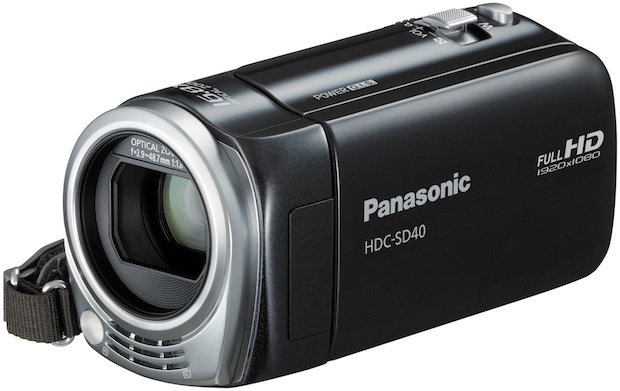 Panasonic today announced a full roster of Full-High Definition (HD) camcorders to its 2011 line. The seven new easy-to-use camcorders, HDC-SD40, HDC-TM40, HDC-HS80, HDC-TM80, HDC-SD80, HDC-TM90 and HDC-SD90, all have a 1MOS sensor with 1920 x 1080 resolution feature wide-angle lenses. The Panasonic HDC-SD90 and HDC-TM90 are capable of shooting full-HD video with 1080/60p recording and can even record 3D video with the optional Panasonic 3D Conversion lens (VW-CLT1). 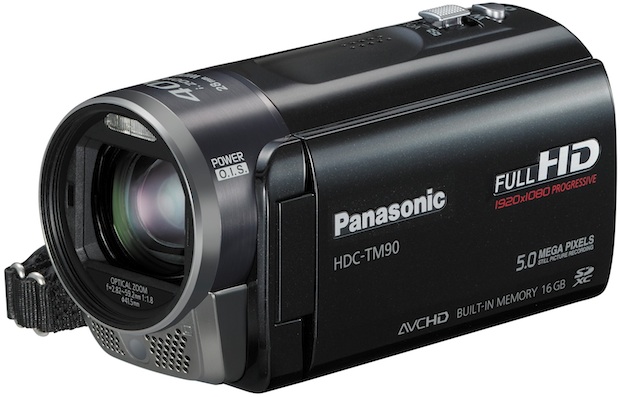 Leading off the line of 1MOS camcorders are the Panasonic HDC-TM90 and HDC-SD90, featuring a compact body and the ability to record video in 3D with the addition of Panasonic's 3D Conversion Lens. Once recorded, consumers can play back the 3D images or video on a VIERA 3DTV, a compatible 3D TV, or through an AVCHD-compatible player/recorder, such as Panasonic's Blu-ray Disc player. While 3D video recording is possible, the Panasonic HDC-TM90 and HDC-SD90 also record crisp true-to-life video in full-HD 2D video. The camcorders feature a 28mm wide-angle lens with versatility to record indoors or in tight spaces, while at the same time capturing stunning images of wide landscapes or large groups into the frame. 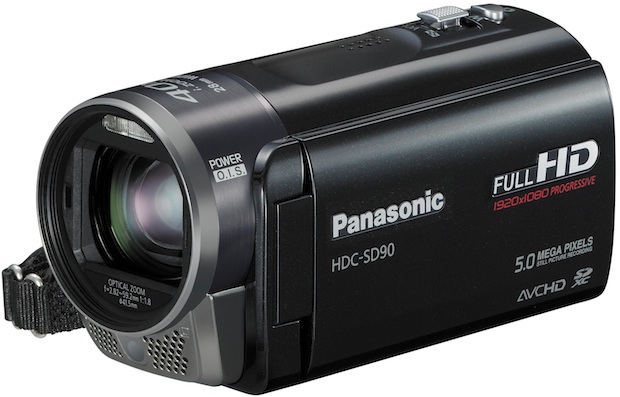 For extra shooting power, the Panasonic HDC-TM90 and HDC-SD90 feature ultra-telephoto 40x Intelligent Zoom which uses Panasonic's Crystal Engine PRO, a high-resolution processor that helps to record extremely clear, crisp videos even in low-lighting. Also powered by the Crystal Engine Pro, the HDC-TM80 and HDC-HS80 offer exceptional zooming power with ultra-telephoto 42x Intelligent Zoom. The new models include a 33.7mm wide-angle lens for versatile shooting at a variety of distances.

For consumers wanting a lightweight and affordable Full-HD camcorder, Panasonic introduces the ultra-compact HDC-TM40 and HDC-SD40. The TM40 and SD40 are the Panasonic's lightest full-HD camcorders, weighing approximately 0.39lb, making them stylish and easy to carry around for any recording moment. The camcorders are also extremely low-power consuming Full-HD camcorders, capable of continuous recording up to 135 minutes without needing to charge the battery.

All seven models can record to SDXC/SDHC/SD Memory Cards, while the HDC-TM90 and HDC-TM80 and HDC-TM50 also have 16GB of internal memory and the HDC-HS80 has a 120GB hard disk drive for additional memory storage. 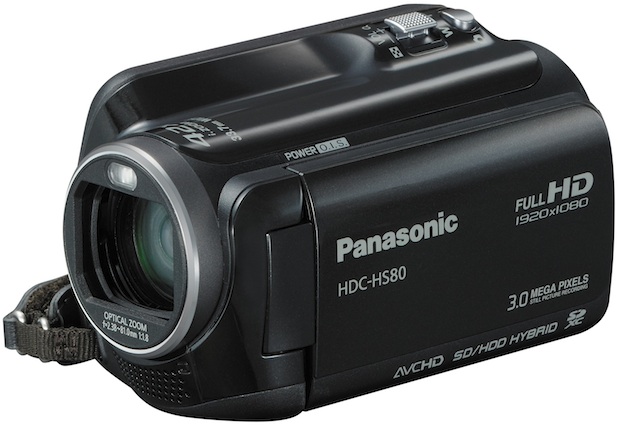