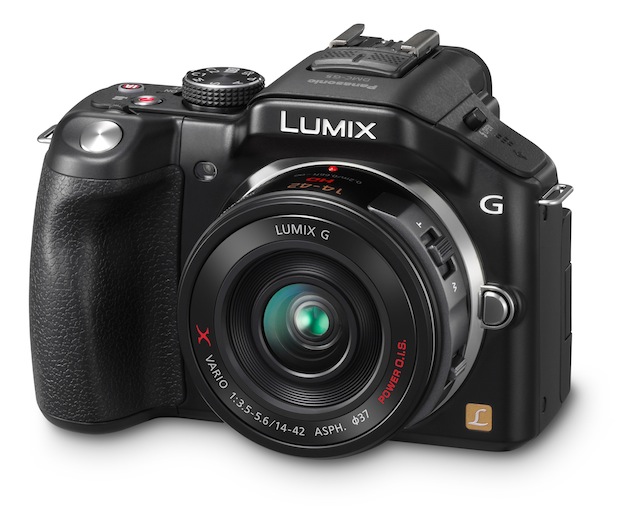 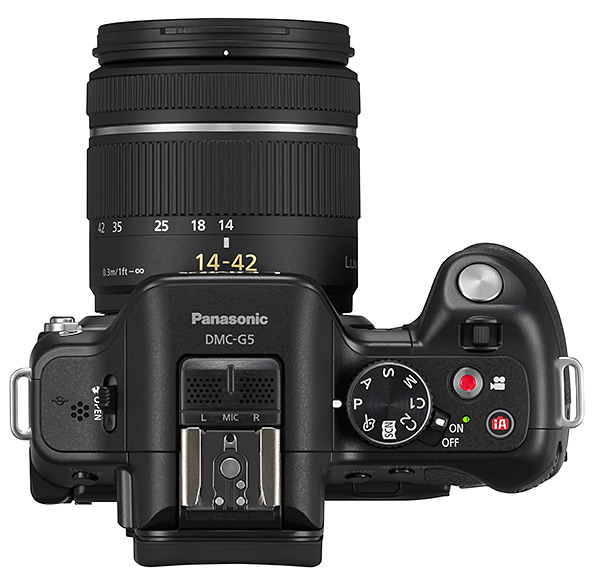 Like all cameras in the LUMIX G series, the LUMIX G5 adopts Contrast AF (Auto Focus), so focusing is controlled by the image sensor. Compared with the Phase difference system AF, Contrast AF boasts higher accuracy, especially when shooting with a bright lens with small F values. To further advance the Contrast AF, the G5 incorporates full-area Touch AF, making it possible to set the focus on any point in the field of view. Additionally, ultra high-speed Light Speed AF, quickly locks onto a subject, making it possible to capture even fast moving subjects clearly. Combined with Touch AF control and high-speed burst shooting at six frames per second in 16.05-megapixel full resolution captures fast-moving objects clearly.

The LUMIX G5 adds a new function lever conveniently located near the shutter release allows for direct adjustment of zoom, exposure or aperture control and can be used to magnify images in playback mode and page flip in menu mode. Additionally, the combination use of the function lever and turn-and-push rear dial allows users to adjust major shooting settings, accelerating the camera's simple, intuitive operation. 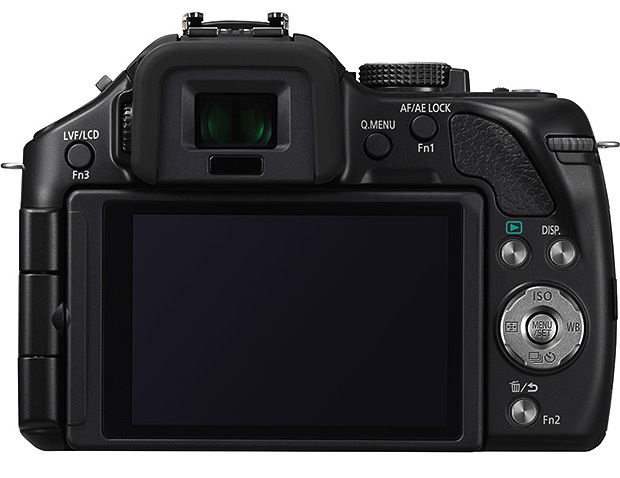 The LUMIX G5's large, bright 1,440,000-dot equivalent LVF (Live View Finder) retains outstanding viewability and features approximately 100% field of view. Suppressing color breakup, the LVF assures stunning image view for any subject or scene. The LVF is newly designed to integrate an eye sensor for the LUMIX G5, which allows image output between the LVF and LCD screen to be switched automatically with the eye sensor on the LVF (which features optional sensitivity of high, low and off). Additionally Eye Sensor AF (Auto Focus) automatically starts focusing when the photographer looks into the EVF to capture spur-of-the-moment shooting opportunities.

A large, 920,000-dot high resolution LCD screen with wide-viewing angle rotates 180 degrees to the side, tilts 270 degrees up and down and offers approximately 100% field of view. Touch screen operation on the LCD screen allows for simple shooting or playback of images and the new Touch Pad function enables the use of both LVF and LCD simultaneously, which encourages more intuitive shooting. Lag time of image output has been minimized by approximately 18% compared to the LUMIX G5's predecessor, the LUMIX G3, making it easier to monitor fast-moving subjects. The Level Gauge give the camera the ability to automatically detect the horizontal or vertical angle of view so that photos shot in a portrait aspect will automatically be displayed vertically, no matter which lens is used. The newly added Electronic Shutter mode allows silent operation which is helpful in areas where silence is needed.

For beginner users of interchangeable lens system cameras, the LUMIX G5 features the new Scene Guide which offers 23 sample pictures shot by professional photographers. Users can choose the photo closest to the situation that they are shooting and optimal parameters for shooting the scene will be set automatically. Additionally, procedures, technical advice and recommended interchangeable lens options for the scene can be shown to allow users to better understand and learn photography.

Not only does the LUMIX G5 produce stunning still imagery, but it also records high quality video. With the ability to record high-resolution full-HD 1920×1080@60p videos in AVCHD Progressive (MPEG-4) or MP4 format, subjects with fast motion and fine details are reproduced clearly. In addition to practical full-time AF, the Touch AF in video recording also lets the user enjoy professional-like selective focusing which allows the focus to be shifted while shooting video and AF Tracking easily locks onto a subject to focus, even when it moves. The Extra Tele Conversion function extends zoom range Max 4.8x without deterioration of image quality. The LUMIX G5 features a dedicated video record button on the top of the camera body so users can instantly start recording videos while shooting photographs without changing any settings. The camera can also take photos while recording video live just by hitting the shutter button. Along with full-HD video capabilities, the LUMIX G5 also features high-quality sound, recorded with Dolby Digital Stereo Creator and noise from background wind is minimized with the Wind Cut function.

Price and Availability
The LUMIX DMC-G5 will be available in black, white and silver in various kit options. Pricing and availability will be announced approximately 30 days prior to shipping. See more digital cameras.