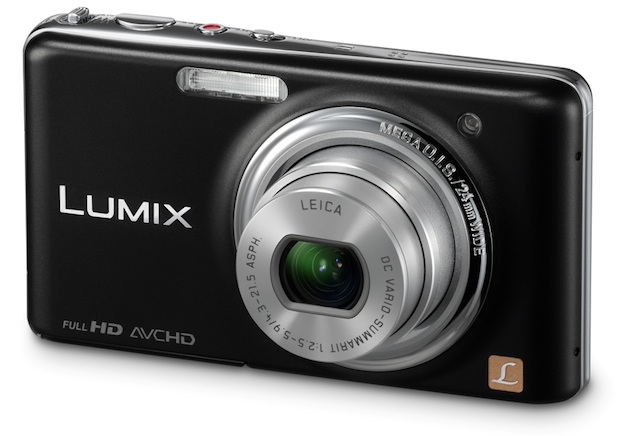 Panasonic today expanded its LUMIX FX-Series of stylish and compact digital cameras, with the LUMIX FX78, which features a new Smart Touch operation on the large 3.5-inch 16:9 aspect LCD, allowing for intuitive touch operation, including Touch AF, Touch Zoom, Touch Shutter, and Touch Playback. The LUMIX FX78 also incorporates a new LEICA DC VARIO-SUMMARIT, 24mm ultra-wide angle lens that has a 5x optical zoom with F2.5 aperture. The 24mm wide-angle lens offers approximately 213% larger viewing space when compared to a traditional 35mm camera. This high-performing lens has been designed to fit the slim body while still offering exceptional photo and video quality. With its wide and bright lens, the LUMIX FX78 excels when shooting dynamic landscapes and in low-lit situations.

The LUMIX FX78's Smart Touch Screen allows for the Auto Focus (AF) to be set by simply touching the subject on the LCD and a touch can even release the shutter. Once locked on the subject, the LUMIX FX78 tracks the subject with the AF tracking function even if it moves. With the Intelligent Scene Selector in the iA mode, the FX78 automatically switches to the appropriate mode according to the subject touched. For example, a touch on a human face switches to the portrait mode, and a touch on the background or a landscape changes to the Scenery mode, while a touch on the subject close in the foreground changes to Macro mode. All menu settings are now available with touch control. The touch-screen operation excels not only for shooting, but also in playback, allowing the user to drag the images across the screen with a finger and browse the collection of photos as though flipping the pages of the book. 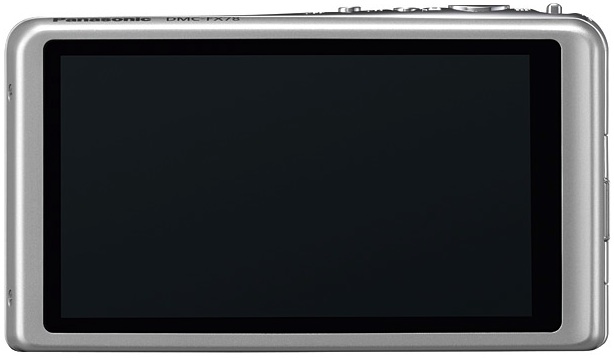 The advanced image processing LSI, the Venus Engine FHD, assures high picture quality in both photo and movie recording. It also incorporates the Intelligent Resolution technology to perform the optimum signal processing to give the entire image outstandingly natural clearness with fine details. The LUMIX FX78's 5x optical zoom is available when shooting video. Thanks to the Intelligent Resolution technology, the Intelligent Zoom is available with the LUMIX FX78 which extends the zoom ratio by approximately 1.3x maintaining the picture quality and extending it to a 6.5x zoom equivalent. The Sonic Speed AF, which gains approximately 33% higher speed compared with its predecessor DMC-FX75, has a quick shutter release time lag as short as approximately 0.005 second.

The LUMIX FX78 is not only a high-performing digital camera when it concerns image quality, but it also includes a host of entertaining features that brings photography to a new level of fun with features such as Art Retouch and Beauty Retouch. The Art Retouch function lets the user change the original photo in brightness and color saturation. The Beauty Retouch mode allows users to digitally touch-up faces by applying different effects, such as skin texture, lifting up the face and whitening of teeth. In addition, the Make-up mode gives the user the option to change the face's complexion, lips, cheeks or eye-shadow coloring.

The LUMIX FX78 also features the Panasonic 3D Photo mode, which produces a realistic 3D photo by taking 20 consecutive photos and overlaying the two best to create a 3D image that can then be played on a Panasonic VIERA 3D HDTV. The format of 3D images is compatible with MPO, and can also be played back on other MPO-compatible equipment such as a televisions, digital photo frames and printers. Panasonic also adds the LUMIX Image Uploader, for seamless and instant sharing via Facebook (for digital photos) or YouTube (for videos). Users can checkmark the photo or video files they want to share, connect the camera to a PC with the included USB cable or by inserting the SD Memory Card directly into the PC's SD Card slot, and then the uploading automatically launches with an easy-to-follow menu option.

Price and Availability
The LUMIX FX78 will be available in March 2011 in black, gold and white models and pricing will be announced approximately 30 days prior to shipping date.