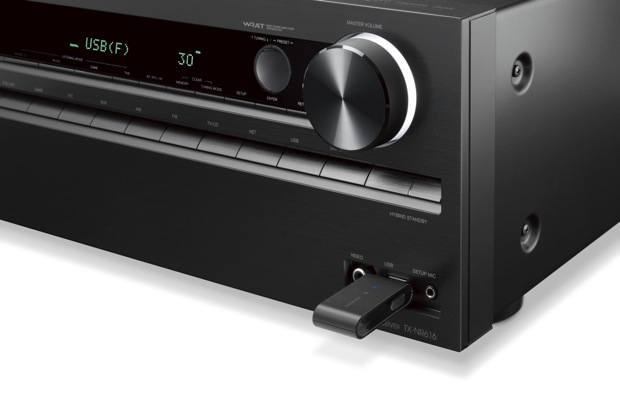 The Onkyo UBT-1 adapter is configured with CSR's aptX compression reduction codec which restores the natural dynamic range to audio files. It provides a remarkably flat frequency response over a 10-Hz to 22-kHz bandwidth, a dynamic range of 92 dB, and algorithmic delay of less than 1.89ms. It also uses the latest Bluetooth version 3.0 with improved audio bandwidth capability to deliver sound quality approaching that of compact disc. 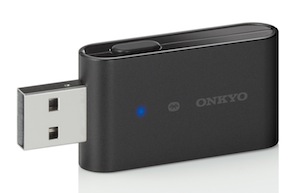 The Onkyo UBT-1, which is similar in size to a USB flash drive, plugs into the front USB port of a 2012 Onkyo Network receiver (models TX-NR414 and higher). Once the adapter finds a Bluetooth pairing with the wireless device, all the user has to do is hit 'play' on their music software. The adapter supports the AAC file format. Control functions include Auto Power-On and Direct Input Change function on hybrid standby status. 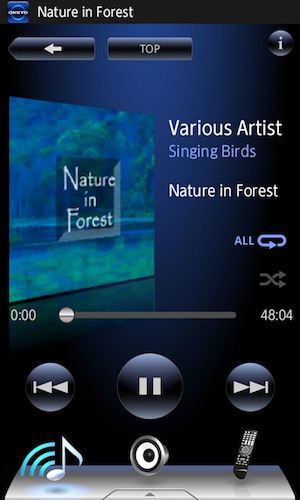 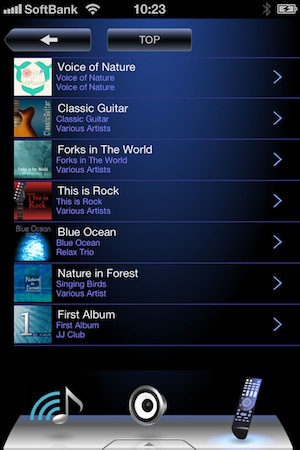 Price and Availability
The Onkyo UBT-1 Bluetooth USB Adapter is now available for $59. The Remote Control 2 Apps will be available at the end of July 2012 month from the Apple App Store, Google Play and Amazon App Store for Android at no cost. See more media players.