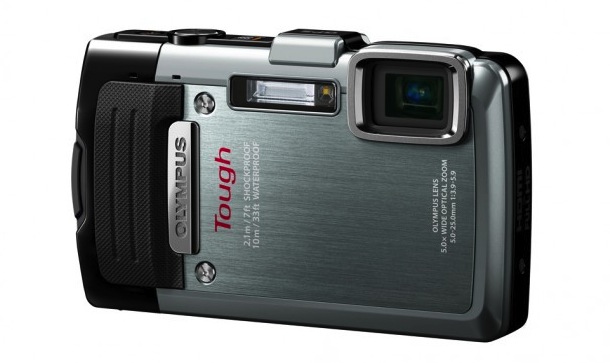 Olympus just announced the mid-range STYLUS TOUGH TG-830 iHS and entry-level STYLUS TOUGH TG-630 iHS  digital cameras for active photographers. The rugged TG-830 iHS is waterproof (down to 33 feet), shockproof (from 6.6-foot drops), crushproof (up to 220 pounds), freezeproof (down to 14°F) and dustproof. It captures worry-free images in the most challenging environments with a 16-megapixel Back-Side Illuminated CMOS sensor and TruPic VI image processor. 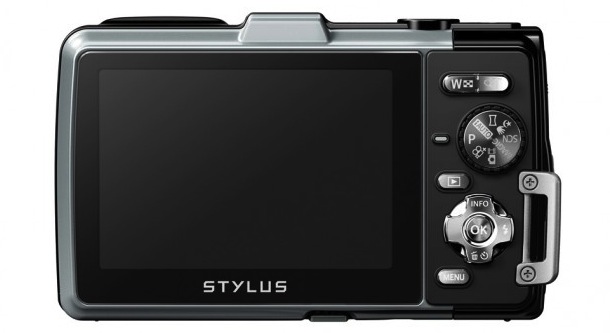 Olympus iHS technology delivers with new high-speed shooting technology on the TG-830 iHS that captures High Speed video at 120 frames per second in 720p and 240 frames per second in HVGA along with High-Speed Sequential shooting of still images at the push of a button. Show off snowboarding stunts and other fast-moving action with slow-motion playback for that special touch. The TG-830 iHS, along with the STYLUS SH-50 iHS, another Olympus compact just announced, includes 60-frames-per-second HD recording, 60i Movie, for smoother images of moving subjects.

Adventurers may not have to leave one peak to capture the action on another, thanks to a 5x optical zoom and 10x super-resolution zoom. Never decide between a still image and a movie with Multi-Recording that captures full HD video and images simultaneously. Camera shake caused by trembling hands is counteracted by dual image stabilization that moves the CMOS sensor via a shift-type image stabilization mechanism to reduce image blur. Built-in GPS records and displays locations and landmark information with every image so remembering that special location for birding, hunting, fishing or going downhill is simple. 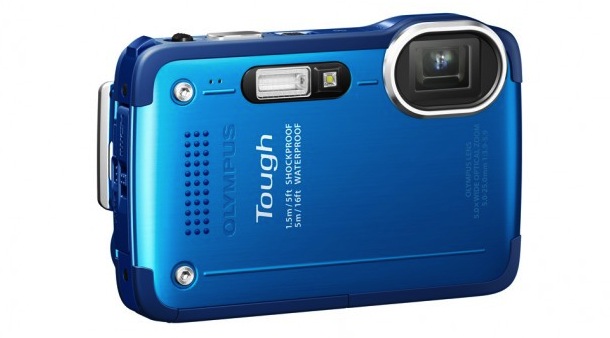 The Olympus STYLUS TOUGH TG-630 iHS combines much of the technology of the TG-830 iHS in a new design at a budget-friendly price of under $200. The STYLUS TOUGH TG-630 iHS combines spectacular iHS-driven image quality with Olympus’ tried-and-true waterproof (16ft), shockproof (5.5ft), freezeproof (14°F) and dustproof durability. Driven by a powerful TruePic VI image processor and Backlit-CMOS sensor, the TG-630 iHS captures vibrant stills even in tough lighting conditions, while the High-Speed Sequential Shooting provides frame-by-frame replay of all the action. 1080p Full HD Video, Dual Image Stabilization and advanced features like Backlit HDR, Multi-Motion Movie Image Stabilization and Hand-Held Starlight mean that this little guy is packed full of technology to deliver uncompromising image quality regardless of your surroundings. 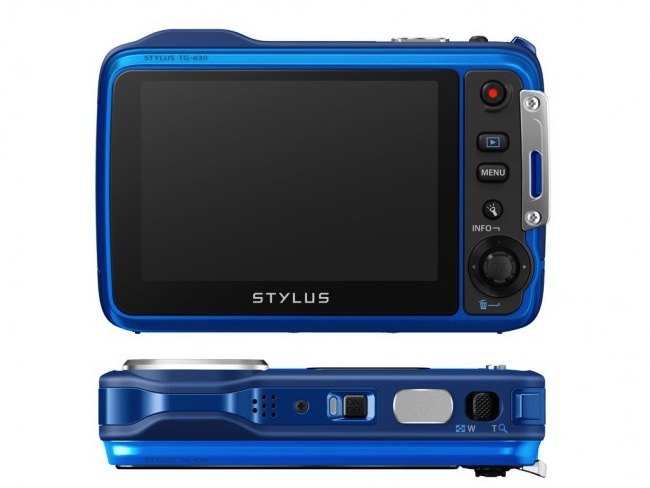