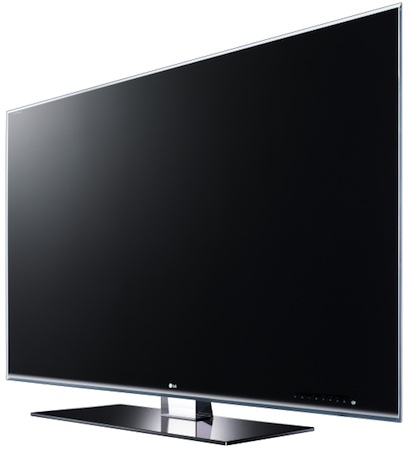 The LW9500 and LW7700 NANO Full LED TV series push the boundaries of viewing pleasure with their NANO Lighting Technology, which produces LG's brightest, clearest and smoothest picture yet. An extremely thin film printed with a proprietary light dispersion pattern combined with a full array of LEDs disperses light more evenly across the screen, creating pictures that are brighter and more uniform than conventional edge-lit LED sets. What's more, an Anti-Reflection Panel on the screen minimizes reflection from external light sources, including sunlight, to provide a crystal clear picture.

The LW9500 and LW7700 boast improved localized dimming in both 2D and 3D with their Micro Pixel Control. By manipulating individual LED blocks, Micro Pixel Control adds even greater range and life to colors, from the deepest, darkest blacks to the most natural colors. The LW9500 is further enhanced by LG's TruMotion 480Hz, while the LW7700 features LG's TruMotion 240Hz, both of which deliver super-fast processing rates for moving images making them virtually blur-free. The overall effect is a picture so smooth, sharp and realistic; it's as if the action is playing out right in viewers' living rooms.

As LG's picture technology continues to evolve, so does its innovative INFINIA Design. The ultra-slim profile of the NANO backlighting unit enables overall set depth and bezel to be as thin as less than one inch. With a bezel this narrow, the elegant, understated INFINIA Design allows the NANO series to complement any interior. Combining superior picture quality with an alluring design, these models deliver perfect visual harmony.

Both the LW9500 and LW7700 deliver LG's best 3D images yet*. By ensuring a more uniform distribution of light from the LED backlight panels, the NANO series illuminates the screen more effectively for 3D pictures of unprecedented clarity and brightness.

Using NANO Lighting Technology, LG has taken its FULL LED picture and made it even more exhilarating. Whether in 2D or 3D, NANO FULL LED TV raises the bar for television viewing with pictures that are as engrossing as they are strikingly realistic. With the exceptional picture of LG's LW9500 and LW7700, viewers can now see FULL LED in a whole new light.

Screen sizes range from 47- to 60-inch classes. The LG NANO FULL LED TVs are also undergoing THX 2D and 3D Display Certification. Additional details on the models including specs, pricing and availability will be announced at the 2011 International Consumer Electronics Show in January.